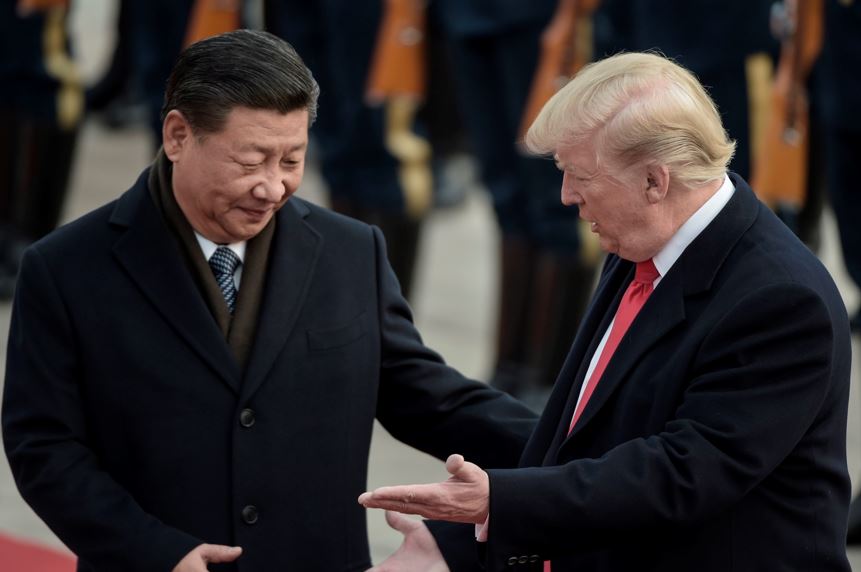 Stocks in Asia Pacific dipped on Friday as investors watched for developments from the G-20 summit in Osaka, Japan, where U.S. President Donald Trump and Chinese President Xi Jinping are expected to meet amid the ongoing trade standoff.

Hong Kong’s Hang Seng index declined more than 0.3%, as of its final hour of trading.

Trump and Xi are scheduled to meet on Saturday at the G-20 summit in Japan, where they are expected to discuss trade, as investors watch for signs of whether the two countries can make progress toward ending their protracted trade fight.

“The end result if the negotiations are successful is likely to be something like the US removing all tariffs if China passes into law agreed changes to protect intellectual property, prevent forced technology transfer, etc,” Shane Oliver, head of investment strategy and chief economist at AMP Capital, wrote in a note.

“It’s in both sides interests to get there given the economic damage the trade war is causing and we think they ultimately will but there is a long way to go and China may reason that its better to wait for a more conventional and respectful US president,” Oliver said.

Ahead of that meeting, sources told CNBC that China is looking for a ’balanced ” trade deal at the summit, though the U.S. isn’t interested. An agreement between Trump and Xi at the G-20 summit in Japan could avert the next round of tariffs on additional $300 billion worth of Chinese imports.

At the G-20 summit, Xi told a meeting of the BRICS (Brazil, Russia, India, China, South Africa) countries’ leaders that protectionist measures being taken by some developed countries are damaging the global trade order.

Charles Freeman, senior vice president for Asia at the U.S. Chamber of Commerce, told CNBC that any potential new tariffs may “not necessarily” mean the full 25% duties being slapped on the entire $300 billion worth of Chinese imports.

“It’s up to $300 billion and up to 25%,” he told CNBC’s “Squawk Box” on Friday. “There’s a lot of leeway for … the U.S. administration to maneuver on this new tranche. We’re choosing to be optimistic that that will be put aside and the two sides will get … back to the table and begin to negotiate a serious outcome.”

The U.S. dollar index, which tracks the greenback against a basket of its peers, was at 96.114 after seeing levels above 96.3 yesterday.

The Japanese yen traded at 107.67 against the dollar after touching levels above 108.0 in the previous session. The Australian dollar changed hands at $0.7014 after rising from levels below $0.700 yesterday.

Oil prices were lower in the afternoon of Asian trading hours, with international benchmark Brent crude futures declining 0.44% to $66.26 per barrel, and U.S. crude futures shed 0.42% to $59.18 per barrel.

“As a freelancer your biggest advantage is that you only need a handful of clients to succeed. Most companies need to find thousands of customers. You only need to find one at a time.” – Robert Williams – Start freelancing by subscribing to THE ONLINE PUBLISHERS to get worldwide exposure in the digital marketing and publishing industry.

What You Need to Know About Online Reputation Management (ORM).