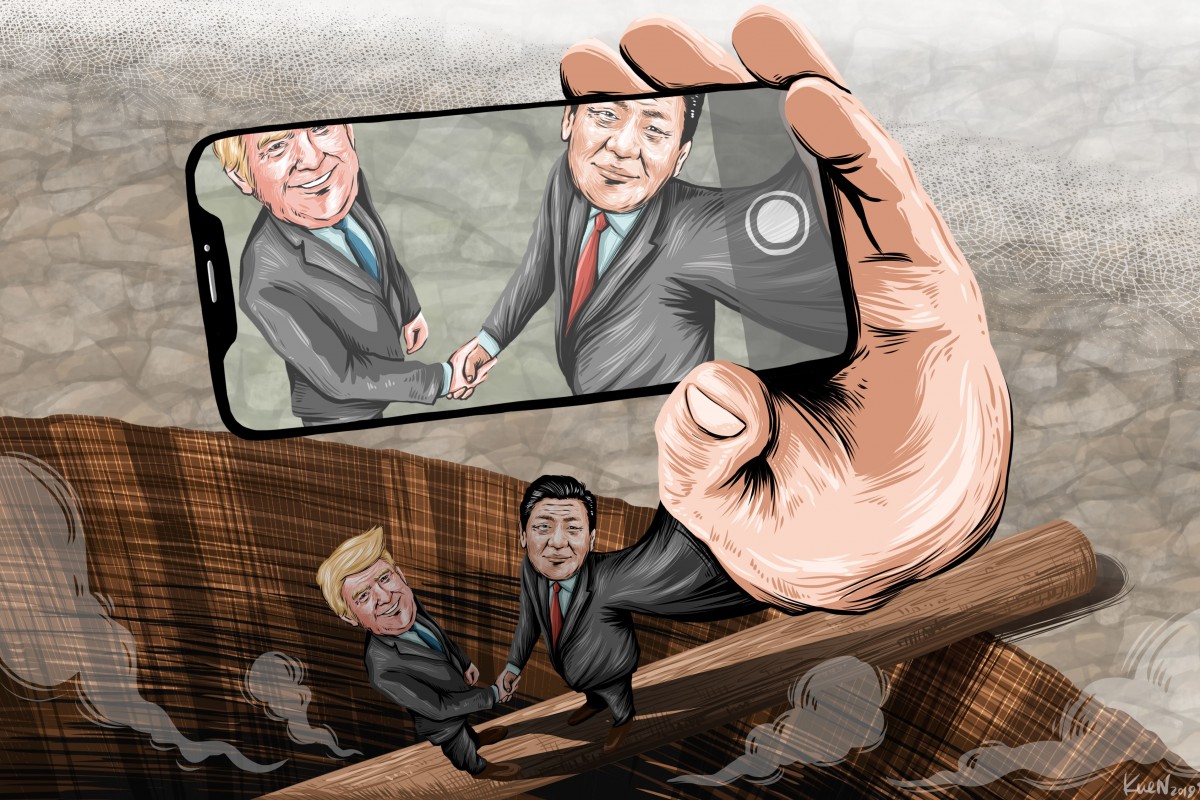 The meeting between Chinese and American leaders in Osaka may have pressed the pause button on their escalating trade war, but pundits on both sides remain doubtful about how long a ceasefire can avert a looming showdown between the two economic superpowers.

In a make-or-break meeting on Saturday that stole the limelight at the Group of 20summit in Japan, US President Donald Trump agreed with China’s Xi Jinping to resume trade talks while delaying new tariffs on Chinese imports.

In what appeared to be another concession, Trump made a surprise announcement at a press briefing after his 80-minute meeting with Xi that effectively backtracked on a US ban on exports to Huawei, China’s top telecoms company.

The official Chinese account of what happened during the meeting, issued by Xinhua before Trump’s press conference, made no mention of the Huawei situation, which topped the list of Beijing’s demands before trade negotiations broke down in early May.

Among specialists and former diplomats, there is a clear sense of relief that Beijing and Washington have again managed to prevent their tit-for-tat tariff escalation from becoming a full-blown economic cold war, with a truce similar to what emerged from the Trump-Xi meeting at the G20 summit in Argentina seven months ago.

But they cast doubt over the prospect of a deal to end the near year-long trade war and said the fifth Xi-Trump summit, although better than expected, was more symbolic than successful in addressing the deepening trust deficit and other problems at the heart of the US-China stand-off.

Zhu Feng, a US expert at Nanjing University, said the pause on new tariffs showed that both sides were trying to keep the trade war from escalating at a time when ties were already at a historical low over their technological and geopolitical rivalry.

“From China’s perspective, the outcome, especially Trump’s decision to give a reprieve on Huawei, was quite positive as well as an encouraging sign, although it may have little to do with actual change of heart in either side’s strategic calculus,” he said.

Unlike the 90-day ceasefire Xi and Trump agreed in Buenos Aires on December 1, this time they did not impose a deadline, Zhu said.

“It shows both sides have a better understanding of the grave challenges ahead to reach a deal and are willing to show more flexibility, which allows room for them to iron out key trade and economic differences.”

Gal Luft, co-director of the Washington-based Institute for the Analysis of Global Security, described the summit between Xi and Trump as “a maintenance meeting aimed at preserving personal relations rather than fixing problems”.

“It is difficult to see how in such a short time the two leaders can delve into the many complex issues that are on the agenda,” he said. The meeting lasted just 80 minutes. 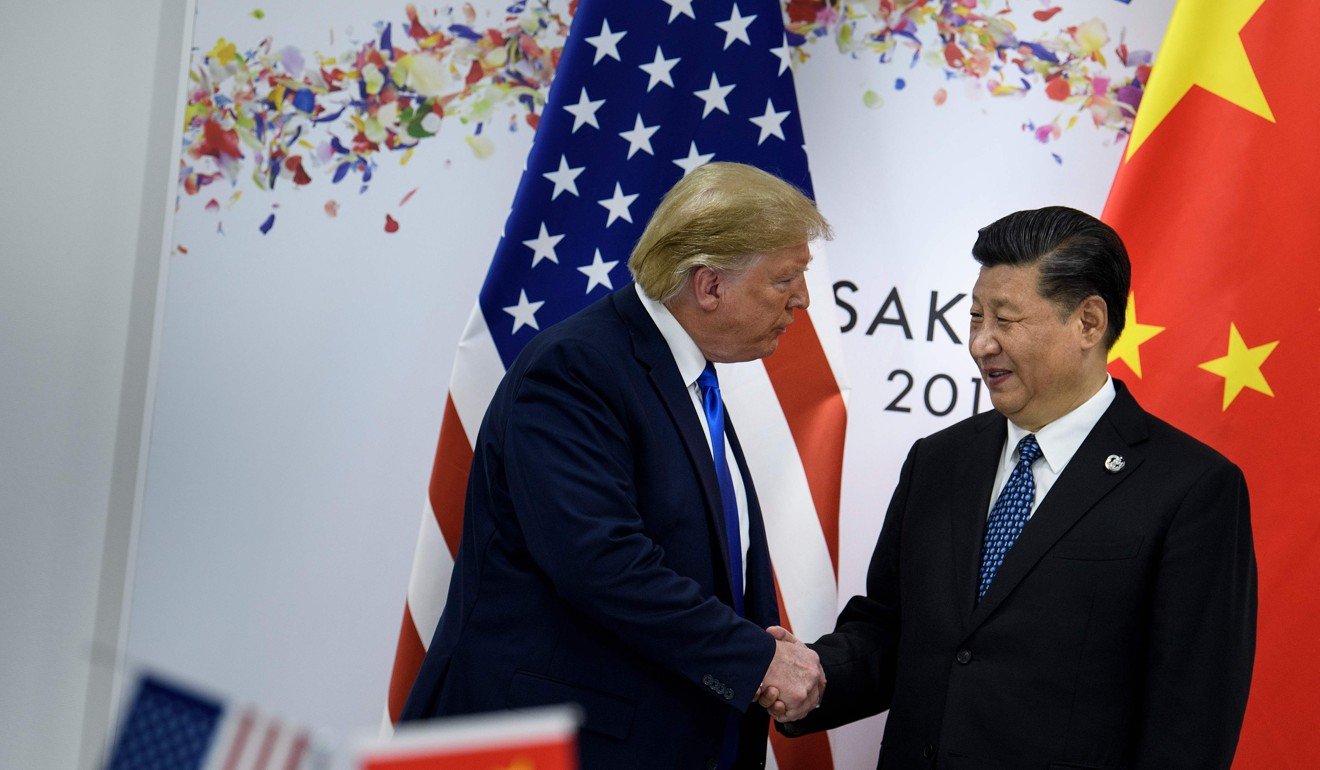 US President Donald Trump meets Chinese leader Xi Jinping for their bilateral meeting on the sidelines of the G20 summit on Saturday. Photo: AFP

By agreeing to continue the talks with no end in sight, Luft said both sides were simply “kicking the can down the road”.

“The markets are getting used to uncertainty as long as there is hope, and the impact of the tariffs on Trump’s popularity is still manageable,” he said.

Saturday’s meeting provided much needed relief for Xi, especially after he resorted to nationalism against the perceived American trade bullying amid an economic slowdown and soured ties between the US and Europe, said Steve Tsang, director of the SOAS China Institute at the University of London.

“The truce was what Xi set out to achieve, and it would have been a significant failure if he did not secure it,” he said.

“He probably would have preferred to get a further stay of sanctions on Huawei, but this clearly didn’t happen. So, still a success for Xi, which is important for his position in China and for stabilising the Chinese economy.”

Analysts said the latest ceasefire was part of a pattern in China-US relations that have been marred by deepening distrust and greater competition, requiring their top leaders to personally step in.

“With such strong personalities at the helm, it is obvious the two leaders play a strong part in this show. But at the end of the day, it will be their representatives, as Trump said, that will do the job,” said Philippe Le Corre, a non-resident senior fellow in the Europe and Asia programmes at the Carnegie Endowment for International Peace. 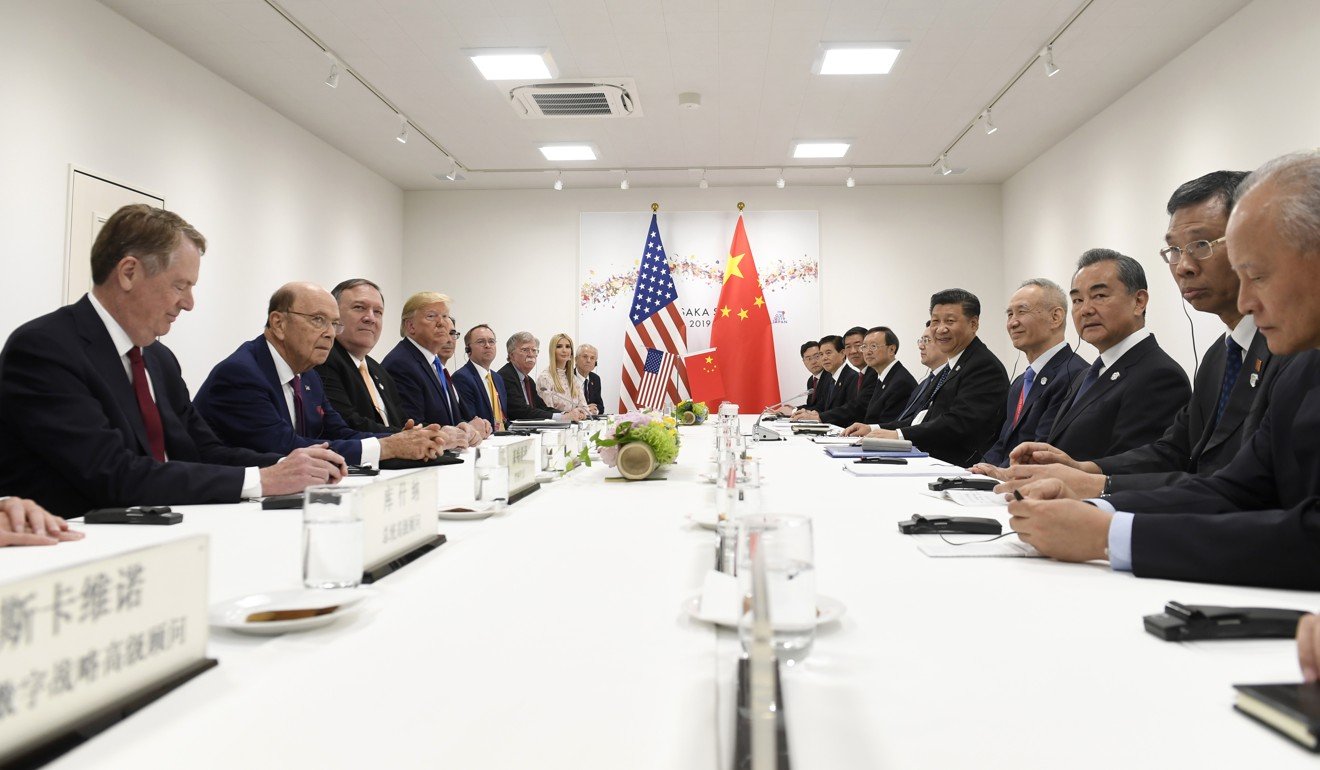 “And on that front, there is little sign of easing up in the US, with [Trump’s top advisers and] Congress fairly consistent in their approach vis-à-vis China.”

Yun Sun, a senior fellow at the Stimson Centre in Washington, said that despite the importance of the leaders’ personal engagement – from their first summit at Trump’s Mar-a-Lago resort in 2017 to Argentina, “none of it has prevented the deterioration of relations to the state it is today”.

“So it might help to make things look a bit smoother on the surface, disagreements and conflicts on the working level inevitably erupt every time, dragging the relations back to its poor state,” she said.

While the Osaka summit would almost certainly be deemed a victory for Beijing, former Chinese ambassador to Britain Ma Zhengang said China’s top leaders remained sceptical about whether Trump would deliver on his commitments, given his inconsistent track record.

“Trump has spoken highly of his friendship with Xi, but he has steadily hardened his stance on China since taking office two years ago and cast out Beijing as its biggest rival. So it remains to be seen if Trump means what he said this time or not,” said Ma, a former president of the China Institute of International Studies.

“We have witnessed some fundamental changes in China-US relations over the past months, with bipartisan consensus in the US over the need to curb China’s rise,” he said. “I am not at all optimistic about the prospects for the trade talks or our ties.”

Other analysts agreed that the Osaka meeting has done little to alter the big picture for US-China relations, which may have already passed a point of no return after four decades of economic and political engagement efforts.

They cautioned that Beijing should not overestimate the success of the weekend summit, which broke little new ground and did not achieve any substantial progress.

“Although Beijing remains hopeful that Washington could change its hostile and often confrontational approach on China, I have to say it would be wishful thinking to pin our hopes on Trump,” Zhu said.

Shi Yinhong, an international relations professor specialising in US-China affairs at Renmin University in Beijing, said the history of the trade talks showed that their resumption was no guarantee of a deal, let alone one favourable to China.

As rivalry between US and China increases, is G20 summit still relevant?

“Apparently, Beijing and Washington have almost conflicting views on what constitutes a good deal,” he said. “I don’t see any positive sign that both sides are capable of coming up with a mutually acceptable deal at a time of China-US stand-off.”

According to Yun, while Trump’s trade war calculations may be largely influenced by his concerns about re-election, Xi was looking beyond the trade deal into the future definition of US-China relations.

“In other words, China cares more about the strategic direction of the ties while the US is focused more on specific issues. And Xi’s concern over domestic criticism has prevented him from making too many concessions on the trade front,” she said. 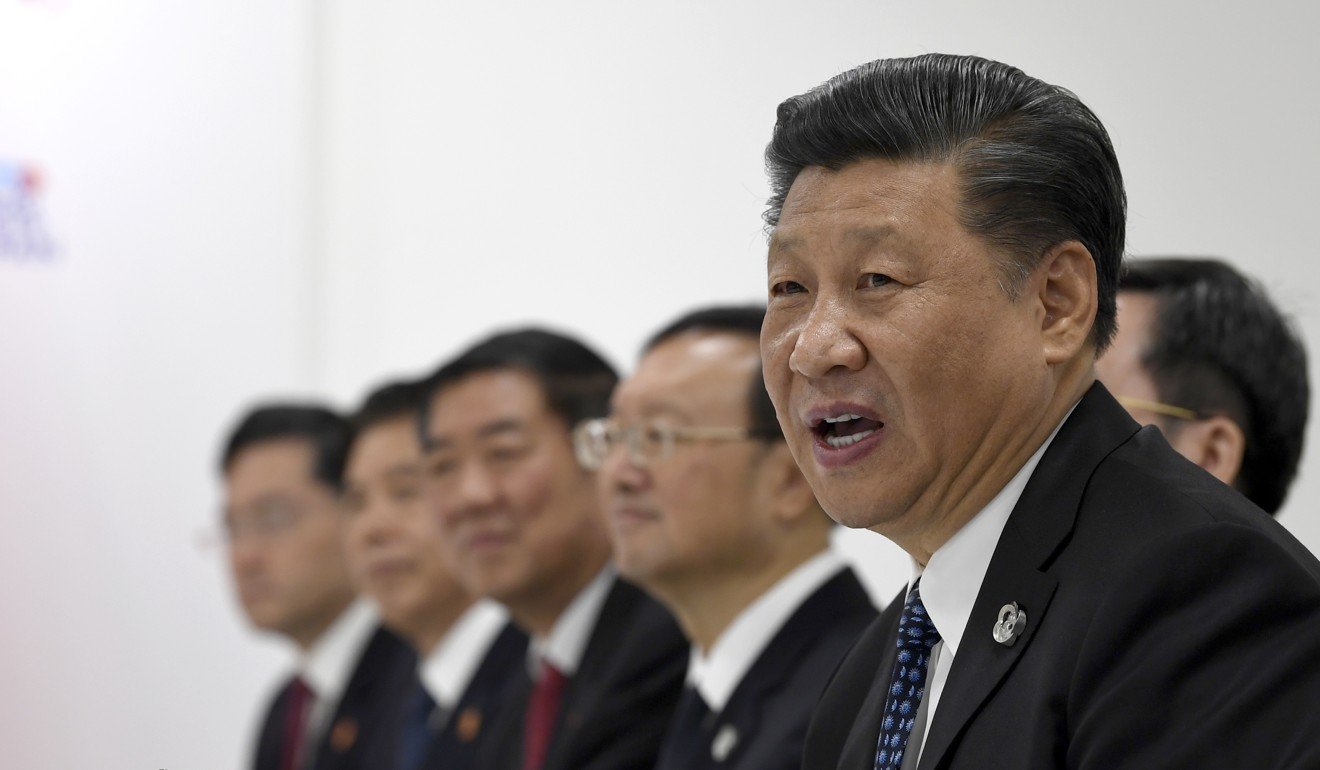 Xi Jinping during the meeting with Donald Trump. Photo: AP

Luft said also that public discourse in Washington had become one-sided when it came to US-China relations.

“There is only room for hawks and super-hawks. The moderates have been either silenced or chased out of town,” he said.

“There is no longer tolerance of moderate voices who can balance the mounting anti-China zeal. There is no longer intelligent and balanced conversation on what to do with China. As a result, US-China relations are on a slippery slope and sadly there is no turning back.”

Tsang said the decoupling of the US and Chinese economies, going far beyond trade and technology, had started and that it would continue.

“A trade deal is not impossible,” he said, “but even if one were reached, it would not remove the basic structural forces that drive the two powers away, hence a deepening of the process of decoupling.”

How Social Media Stars Can Get to the TOP. To know more >> Theinternationalcampaigner.com

The Importance of Online Translation Sites.

How to attract Foreign Direct Investments (FDI) in a country.

How To Find The Right Influencer.

Canada expects a 40 per cent increase in citizenship among immigrants by 2024 .