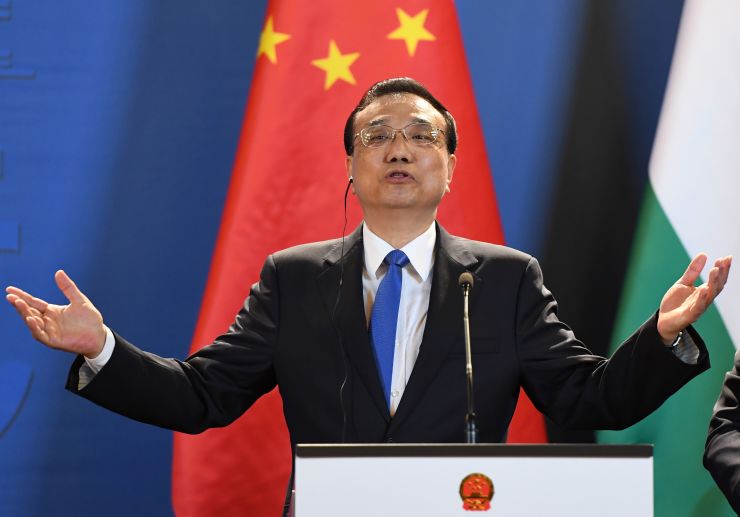 DALIAN — Chinese Premier Li Keqiang on Tuesday pledged to an assembly of global business leaders and government representatives that Beijing will push to create an equal playing field in the country for all companies.

As American and Chinese negotiators begin a renewed push at a trade deal, that rhetoric appeared to address many of the U.S. complaints about unfair treatment for foreign firms that lie at the heart of the dispute. Still, the extent to which China’s leadership will act on its promises of economic freedoms remains the important question.

“Right now we need to let state-owned enterprises, privately owned enterprises and foreign-invested companies, as long as they are registered in China, to be recognized as Chinese companies, all treated equally,” Li said in his address at the World Economic Forum in Dalian, China.

Li gave the example of how China’s plans for nearly 2 trillion yuan ($300 billion) in tax and fee cuts this year should be applied to all three categories of businesses, according to a CNBC translation of his Mandarin-language remarks.

American and other foreign companies have long complained that the Chinese government gives preferential treatment to home-grown businesses, especially conglomerates owned by the state. Despite claims of “reform and opening up” over the last four decades, Beijing has often required foreign companies to form joint ventures with Chinese entities — and allegedly coerced them to share valuable technology — in order to operate in the country. China’s privately run businesses, which contribute to the majority of jobs and growth in China, have also complained of unequal access to financing compared with state-run enterprises.

Li did not comment or respond directly to a question on the U.S.-China trade tensions on Tuesday.

His remarks came on the heels of U.S. President Donald Trump’s and Chinese President Xi Jinping’s agreement this past weekend to proceed with trade talks. Negotiations had taken a turn for the worse in early May, but at their meeting on the sidelines of the G-20 meeting in Osaka, Japan, the two leaders said they would resume looking for a way forward.

“The business community wants a productive relationship with China,” Charles Freeman, senior vice president for Asia at the U.S. Chamber of Commerce, said in a phone interview with CNBC on Monday. “We think that (a) good commercial relationship is fundamental to the health of the relationship. Overall, (regarding Saturday’s temporary truce), it’s a bit of a feel good, it’s a little lack of detail. But we like the tenor.”

Trade tensions between the world’s two largest economies have lasted for more than a year. Both countries have levied tariffs on billions of dollars’ worth of goods from the other. The U.S. has also put tech firm Huawei on a blacklist that effectively prevents American companies from selling to the Chinese telecommunications giant. Trump said Saturday he would consider allowing sales to the company, and said the U.S. would hold off on tariffs on Chinese goods.

In his remarks on Tuesday, Li laid out a list of ways in which he claimed China is opening or plans to open its economy to more foreign participation. Those included:

Li added during a Tuesday afternoon session with business executives and reporters that foreign-invested companies registered in China can also benefit from government measures to support local innovation. If the businesses find they are unable to take advantage of those policies, Li said the companies can file complaints.

During his Tuesday morning address, the Chinese leader did not emphasize economic challenges as much as he had to a domestic audience during the annual gathering of the National People’s Congress in March. In front of the World Economic Forum, Li maintained that the country is on track to reach its target of between 6% and 6.5% in economic growth for the year. That would still fall below last year’s 6.6% rate, which was itself the slowest growth since 1990.

On the economic policy front, Li said China will not engage in competitive devaluation of its currency, or flood its economy with extreme stimulus despite pressure on growth. Both of those potential actions had been a concern of markets and would have indicated significant fears of an economic slide among Beijing’s decision makers.

“The whole point of taking pictures is so that you don’t have to explain things with words.”

Ways For Social Media Influencers To Make Some Money.

A Global Market For Your Photos. To know more >> Theinternationalcampaigner.com

The rise of superbugs: Facing the antibiotic resistance crisis.

5 Tips to Keep Your Nails Strong.