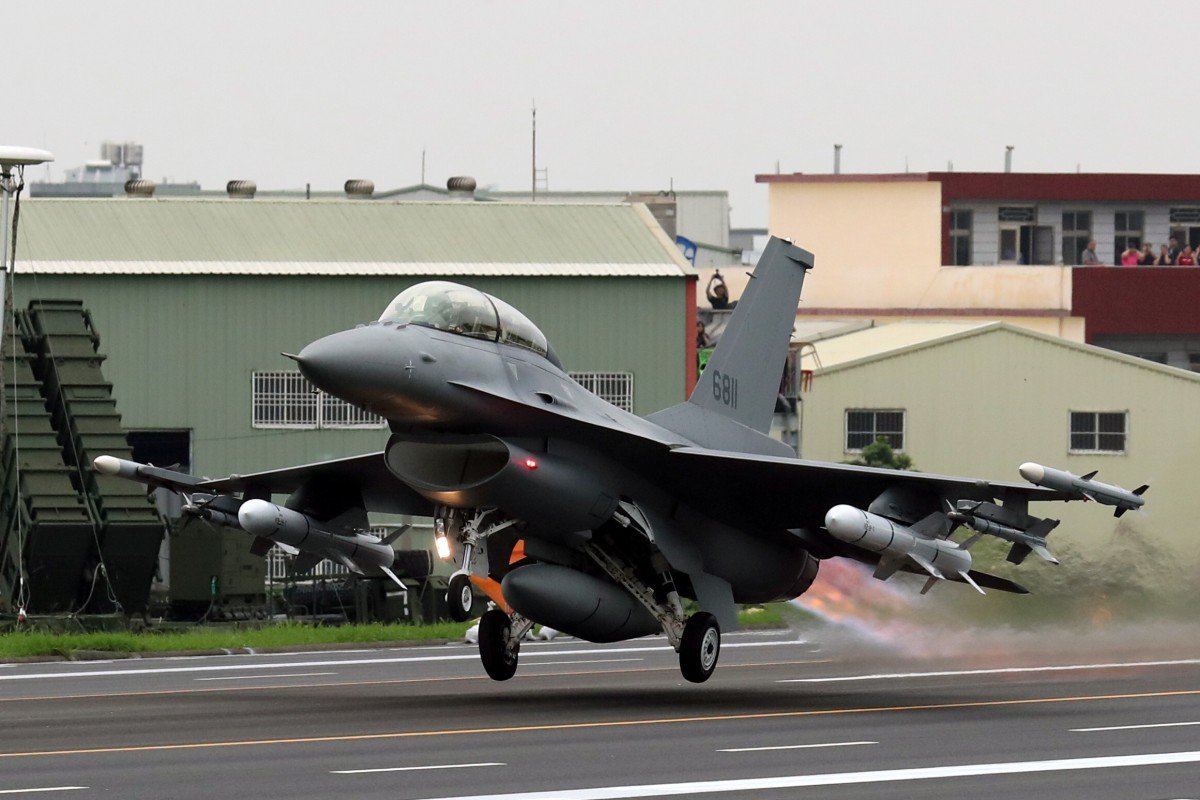 US President Donald Trump has said he has approved the proposed deal to sell 66 Lockheed Martin F-16V fighter jets to Taiwan – a move set to significantly boost the self-ruled island’s defences against mainland China.

Taiwan’s defence ministry welcomed Trump’s announcement, saying that it would help to maintain security in the Taiwan Strait and Asia-Pacific region, and that it would continue its close contact with US departments.

Speaking to reporters in New Jersey on Sunday, Trump said that the US$8 billion deal would need to be ratified by the US Senate but that he had approved it.

If the deal is approved by Congress, it will be the first time since 1992 that the United States has sold F-16s to Taiwan. Previous requests were rejected by the Barack Obama administration, which instead offered to upgrade Taiwan’s existing fleet of about 140 F-16A/B Block 20 aircraft.

During months of slow progress since the salewas outlined earlier this year, some lawmakers and defence experts suggested that Trump was using the proposed deal as leverage to secure a better agreement for the US in talks to resolve its year-long

trade war with China.
‘Fighter jets trump battle tanks’ in Taiwan’s US arms priorities
Military experts have said the new variant of the F-16, the Viper – which can carry a wide range of short and medium-range air-to-air missiles – is more able to counter the threat of an air strike from mainland China’s fourth-generation aircraft, such as the Su-35 and J-10.
Last week, Republican Senator Marco Rubio said the US administration had made progressin advancing the deal, which he called “an important step in support of Taiwan’s self-defence efforts”.
In July, the US also approvedarms sales to Taiwan worth US$2.2 billion, including 108 M1A2T Abrams tanks and 250 Stinger portable surface-to-air missiles.

Beijing strongly opposes arms deals with Taiwan, which it considers a renegade province, but the US is obliged to help defend the self-governing island under the terms of its Taiwan Relations Act, effective since 1979.

Global Times, a nationalist paper affiliated with Communist Party mouthpiece People’s Daily, said that the sales would prompt a strong response from the mainland, including further military drills and economic measures against Taiwan.

“Making money from blogging requires you to do only two things: drive a lot of traffic, then maximize the income from that traffic.” – John Chow – Subscribe with THE ONLINE PUBLISHERS TOP online bloggers to offer your services as a blogger.

The Best Place For Online Ebooks.