Latest News
Home Business ‘Ridiculous at best’: Chinese state media give their take on Trump and the tariff war 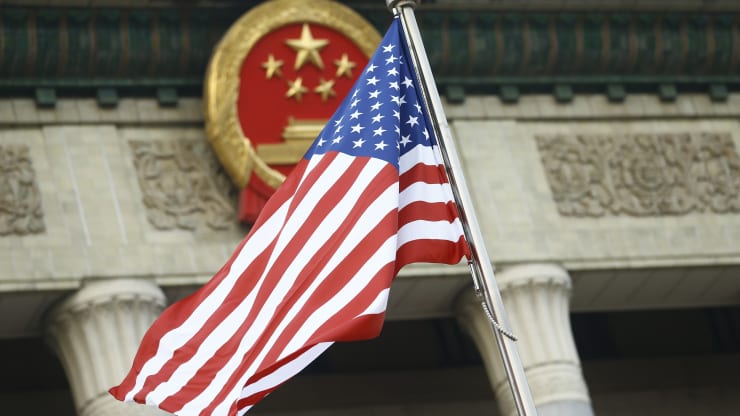 ‘Ridiculous at best’: Chinese state media give their take on Trump and the tariff war

China’s state media put up a brave front after the country’s trade war with the U.S. escalated sharply over the weekend.

The latest round of the dispute kicked off on Friday evening in Beijing when China’s Ministry of Finance announced it will apply new tariffs of between 5% and 10% on $75 billion worth of American goods.

State news agency Xinhua said in a commentary on Saturday: “The United States is paying the price for launching a trade war, as China is forced to announce the levy of new additional tariffs on U.S. goods.”

“Through more than a year of trade friction between the two countries, China never faltered,” said the state news organization.

“When the U.S. side tried to intensify trade bullying and exert maximum pressure on China, it only strengthened China’s resolve, making China stand more firmly against the U.S. bullying, and defend its legitimate rights and interests,” Xinhua added.

On Trump ordering US firms to leave

In a tweet Friday, Trump “ordered” companies to look for an alternative to China, and urged American firms to start “bringing your companies HOME and making your products in the USA.”

Xinhua said any discussion of severing ties between U.S. and Chinese companies was “ridiculous at best.”

“Companies from both countries have been ambassadors for positive changes to the two economies,” Xinhua reported.

China Daily, another state-owned newspaper, said Sunday that “China has never been a yes-man to any country, and it is not going to be one now.”

“It has become unquestionably clear that (Trump’s) administration’s tariff war against China is politically motivated,” the English-language paper added. “What Washington wants from its largest trade partner is for it to be content to play second fiddle and meekly do as it demands.”

“But Beijing regards the trade war as an unavoidable trial by fire, from which the country will emerge stronger, ” added China Daily, a regular mouthpiece for the Chinese government.

Beijing is still advocating for the resolution of the trade dispute through dialogue.

According to Trump, China had contacted U.S. trade officials overnight to say they wanted to return to the negotiating table.

Top China trade negotiator Liu He also reportedly said at a tech conference in the city of Chongqing that Beijing is willing to resolve its trade dispute with the United States through calm negotiations and resolutely opposes the escalation of the conflict, Reuters said, citing the Chongqing Morning Post.

Separately, nationalist Global Times said in a opinion piece Sunday that China is “unfazed by swaying US policies” that have been contradictory.

“Thanks to reckless US moves, the trade war has continuously escalated between the two sides,” the Global Times said.

China has already “made full psychological preparations for further deterioration of the trade war and has been making various material preparations to cope with the situation,” it added.

Things to remember when creating content for online lobbying.

Buying Unique Photos Online From A Photos Gallery Through TOP.

Where You Can Find Ebooks To Read And Buy.

3 Reasons to Opt with TOP for Online Reputation Management Solutions.

4 Reasons TOP is The Best Option For Online Reputation Repair.