Posted By: Editoron: September 03, 2019In: Business, Economy, News, People1 Comment
Print Email
Law enforcement officials in the US state of Virginia said on Thursday that they had taken down a multi-state drug ring and seized enough cheap fentanyl from China to kill 14 million people.
The bust was announced in the wake of growing efforts to stem the flow of fentanyl from Chinese labs to the United States. 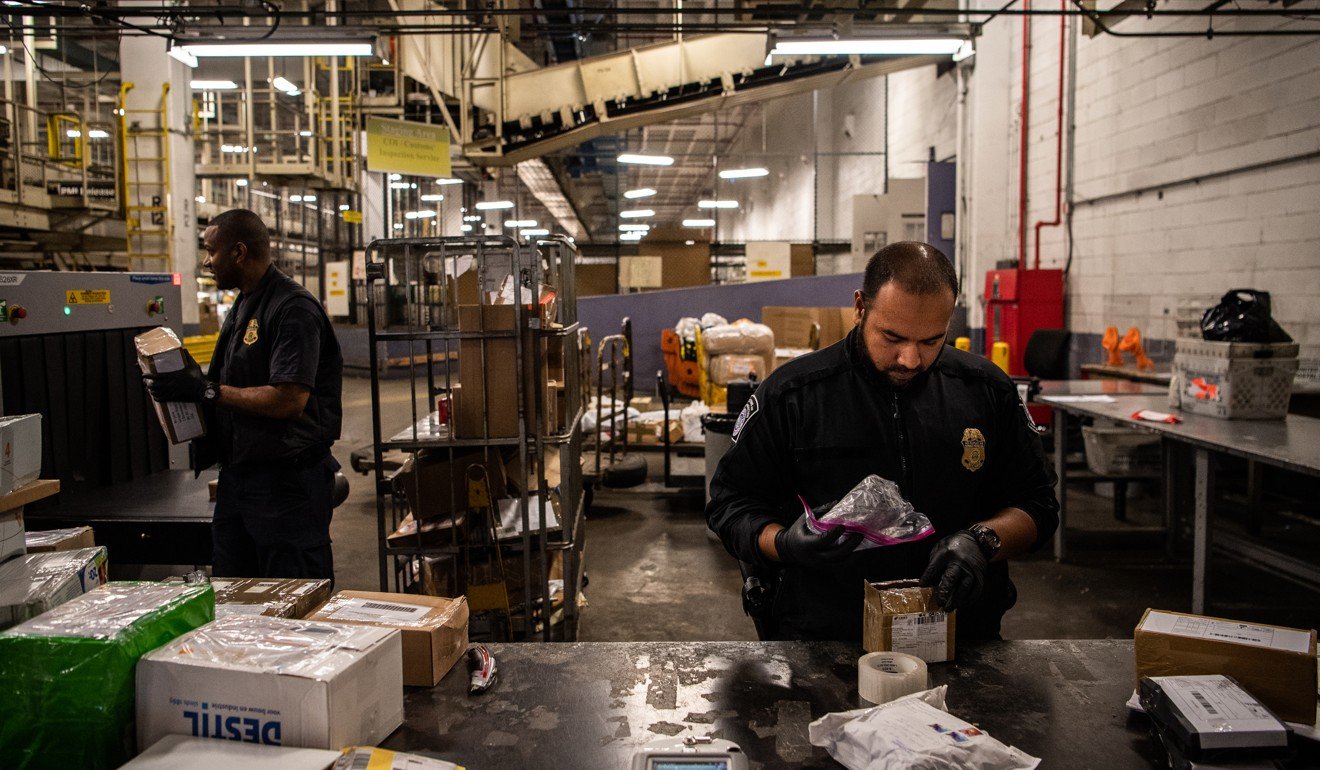 Customs officials check items of mail for illegal drugs at John F. Kennedy International Airport in New York. Photo: Washington Post
The synthetic opioid often comes through the mail or across the Mexicoborder. It can be stronger and more lethal than heroin and is responsible for tens of thousands of American drug deaths each year.

The 30 kilograms of fentanyl that were seized in the latest bust were intended for an area in southeastern Virginia known as the Peninsula, which includes the cities of Hampton and Newport News.

One of the 39 people charged is accused of ordering fentanyl from a vendor in Shanghai. The person then “had it mailed through the US Postal Service to a neighbourhood in Newport News,” G. Zachary Terwilliger, the US Attorney for the Eastern District of Virginia, said at a news conference in Norfolk. 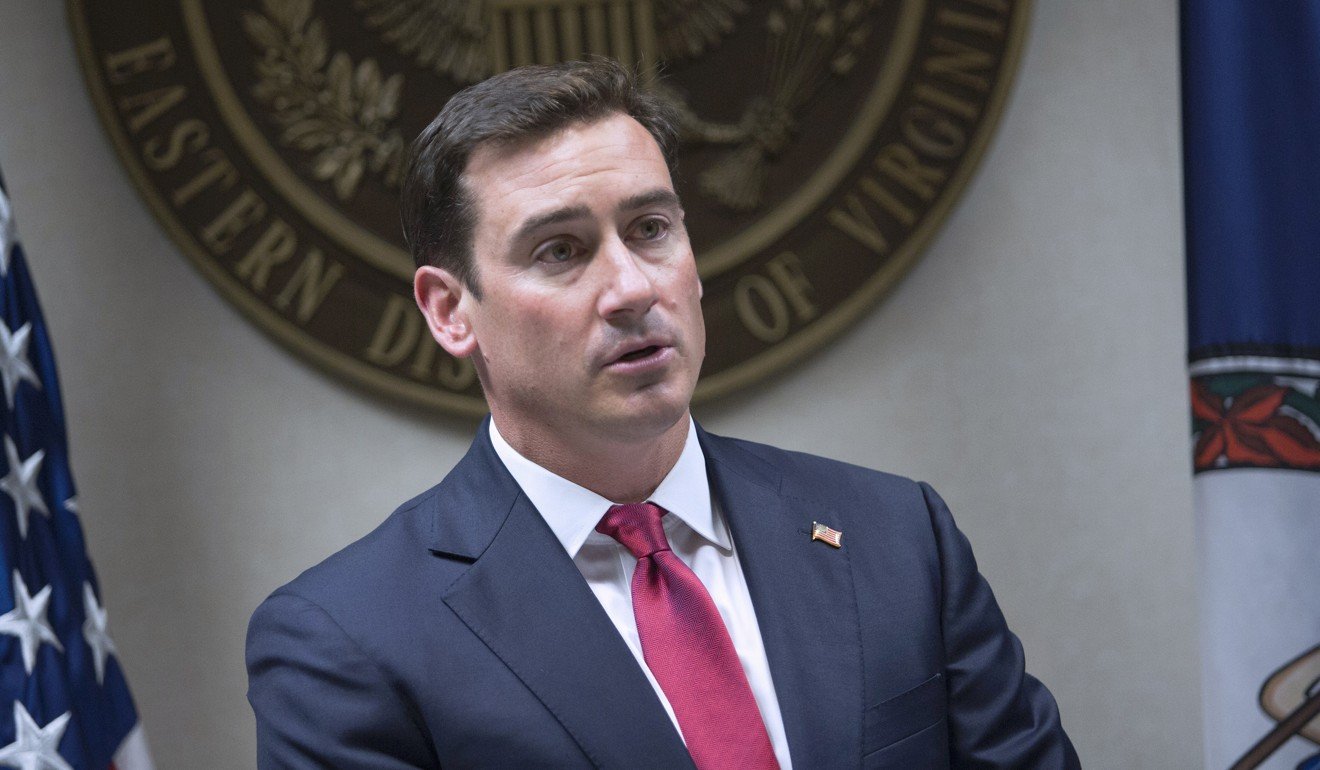 G. Zachary Terwilliger, US Attorney for the Eastern District of Virginia. Photo: AP

Efforts have been growing to pressure China to help the US fight the opioid scourge and for the US to better detect the drug in the mail, Terwilliger said.

“We have to get the Chinese to stop doing this,” Terwilliger said. “We also have to get really good at detecting it in the [mail] … The last thing we want is for the US Postal Service to become the nation’s largest drug dealer.”

Last year, President Donald Trumpsigned bipartisan legislation into law to help confront the opioid crisis. It included a measure to get the USPS to screen overseas packages for fentanyl.

The measure also set deadlines for the screening to be put into place by the Department of Homeland Security, Customs and Border Protection and the Postal Service.

In April, China said it would begin regulating all fentanyl-related drugsas a class of controlled substances, making a change for which American officials had long advocated.
A bipartisan group of lawmakers are backing legislation in Congress that would “hold China accountable” and sanction laboratories and other traffickers who export fentanylto the US.

The bust in Virginia involved more than 120 law enforcement officers from 30 federal, state and local agencies in Virginia, North Carolina and Texas.

Besides the fentanyl, authorities said they seized 24 guns, large quantities of heroin and cocaine and more than US$700,000 in cash.

The Online Publishers (TOP) is an International Campaigner and Online Lobbyist operating in over 120 countries and 65 languages.

3 Simple Ways To Make Money From Home With TOP.