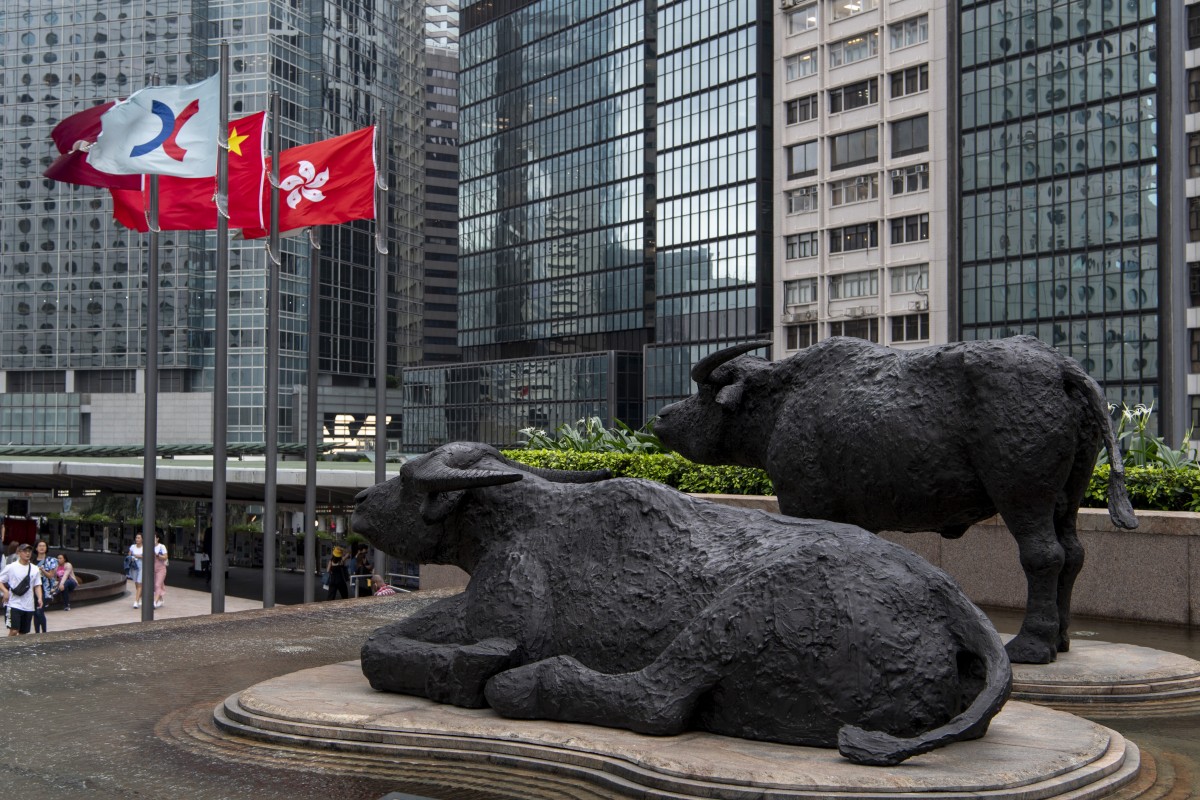 HKEX makes US$36.6 billion surprise bid to take over London Stock Exchange to grow into a global financial marketplace

Hong Kong Exchanges and Clearing Limited (HKEX) has made a surprise takeover bid for London Stock Exchange Group (LSE), taking its boldest step yet to expand into a global financial marketplace from its current status as China’s offshore fundraising hub.

HKEX made an indicative offer to pay £83.61 per LSE share in cash and stock for the London bourse operator, valuing it at £29.6 billion (US$36.6 billion), according to a filing after Hong Kong’s market hours.

“A combination of HKEX and LSE represents a highly compelling strategic opportunity to create a global market infrastructure group, bringing together the largest and most significant financial centres in Asia and Europe,” the HKEX chairwoman Laura Cha Shih May-lung said in her filing.

The takeover bid – described by the LSE as unsolicited, preliminary and highly conditional – comes seven years after HKEX’s £1.39 billion purchase in 2012 of the London Metal Exchange (LME), a push into commodities trading that paid off for the Hong Kong company in its interim financial results.

The new purchase would give HKEX access to London’s fixed income financial products, as well as the FTSE Russell portfolio of index benchmarks used by institutional investors. The FTSE100 index is capitalised at US$2.4 trillion, while Hong Kong’s benchmark Hang Seng Index is valued at US$2.2 trillion, with another US$1.55 trillion capitalisation in the H-shares index.

The takeover is also a bold step in HKEX Chief Executive Officer Charles Li Xiaojia’s three-year plan to transform the operator of Asia’s third-largest capital market to become the world’s go-to market during Asian trading hours by wooing top Asia-Pacific companies to list in the city while bolstering its gateway role for mainland China investment. 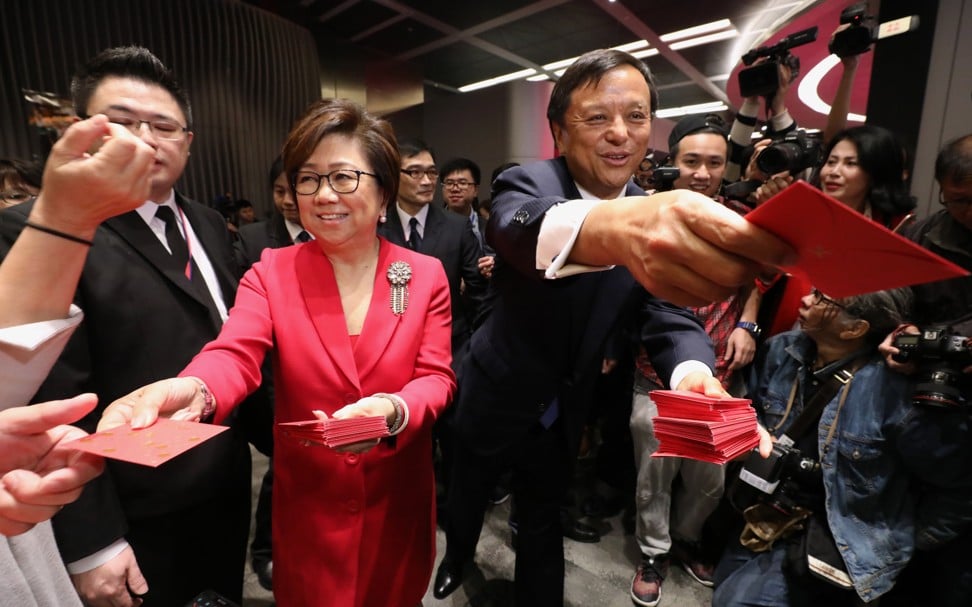 The combined operator would give investors 18 hours of trading between Asia and Europe. Hong Kong was the world’s largest fundraising capital for initial public offerings (IPOs) in six of the past 10 years, while London remains Europe’s pre-eminent financial hub.

“The business development proposal announced by the HKEX aligns with the directions of its three-year strategic plan published in February this year, in particular the theme of “China Anchored, Globally Connected”, Hong Kong’s Financial Secretary Paul Chan Mo-po said in a statement. “The Government is glad to see HKEX’s endeavour to enhance its core strength and seek international expansion in accordance with its strategic plan.”

A takeover of LSE, as British Prime Minister Boris Johnson puts in the final steps to remove his country from Europe, would also be a significant step to give the UK a role in the internationalisation of the renminbi, reflecting Hong Kong’s role as the offshore trading centre for the yuan.

“The merger will benefit Chinese companies, which will probably get easier listings in London in the future,” said Dai Ming, a fund manager at Hengsheng Asset Management in Shanghai. “The Hong Kong exchange will raise its profile among the world’s bourses by doing so. For the London exchange, the acquisition will help to keep its position as a global financial centre after Brexit by setting up a closer link with Asia and attracting high-quality listing resources.”

The China Securities Regulatory Commission (CSRC) and the Shanghai Stock Exchange, with whom a cross-border investment channel called the Shanghai-London Stocks Connecthas been established since June, declined to comment.

This isn’t the first combination attempt for the LSE, which tried three times between 2000 and 2017 to merge with Deutsche Boerse to create a European behemoth, but failed each time. The London and German operators agreed to a US$30 billion merger in March 2016, only to have the deal blocked by European antitrust regulators. 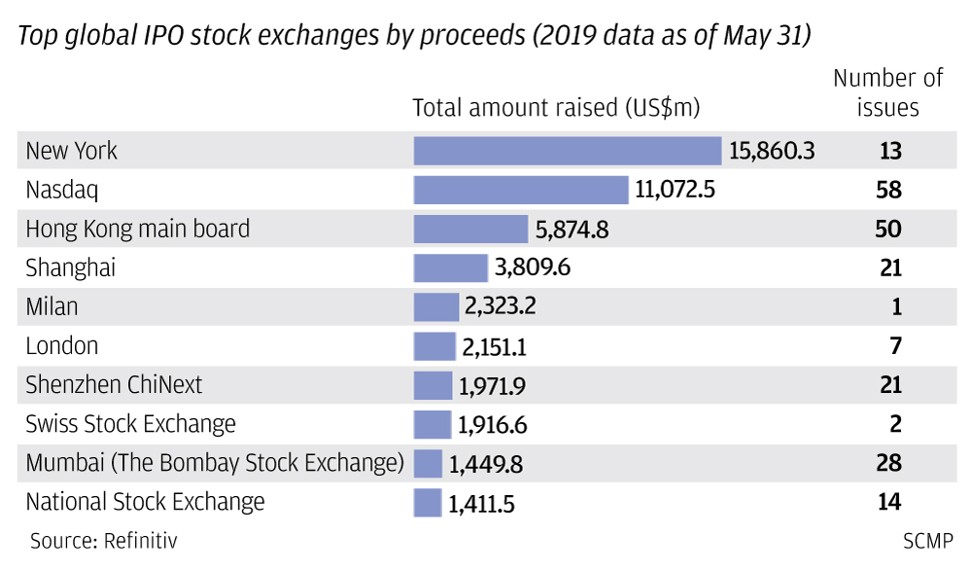 Global traders weren’t optimistic the HKEX takeover – coming at a time of heightened sensitivity about China’s global ambitions – would be successful. LSE shares, which jumped by as much as 16 per cent to an intraday high of £79.22 after Hong Kong announced its bid, soon gave up their initial gains.

“Historically, it is political objections that have derailed cross-border M&A in the exchange space,” said Chris Turner, author of a research note by Berenberg Bank in Germany. “This deal is of a much greater magnitude [than HKEX’s 2012 takeover of the LME] and impacts more politically sensitive assets: an acquisition of the LSE would see a Chinese company acquire the primary equity markets of both the UK and Italy, as well as key infrastructure for European debt markets. We believe this transaction would face elevated political risks as a result.”

To be sure, the HKEX’s ownership of the LME has resulted in an upgrade of the London exchange’s systems, while creating jobs in the UK, all done without any involvement by the Chinese government, Li said.

“We have not sent in any Chinese management to the LME,” Li said in a telephone conference after the takeover offer was announced. “The HKEX and the LSE have very little overlap and there should be no big regulatory hurdle.”

HKEX will finance the deal through its cash and new credit facilities, while its board of directors is confident the proposed transaction would be “highly compelling” for London Stock Exchange and HKEX shareholders.

HKEX will apply for a secondary listing at the LSE to show its commitment to the UK while brokers said it would be easier for the LSE shareholders to trade the shares.

HKEX will have 28 days after its indicative bid to formalise its takeover offer. The takeover is subject to the approval of shareholders at the two publicly traded exchanges, antitrust and regulatory approvals. The LSE’s own US$27 billion takeover of the financial data provider Refinitiv – announced on August 1 – would also have to be dropped.

HKEX shares, which are traded on the Hong Kong bourse, rose 0.3 per cent in an advancing market to HK$246.

3 Reasons Why Your Photography Needs To Be With TOP.