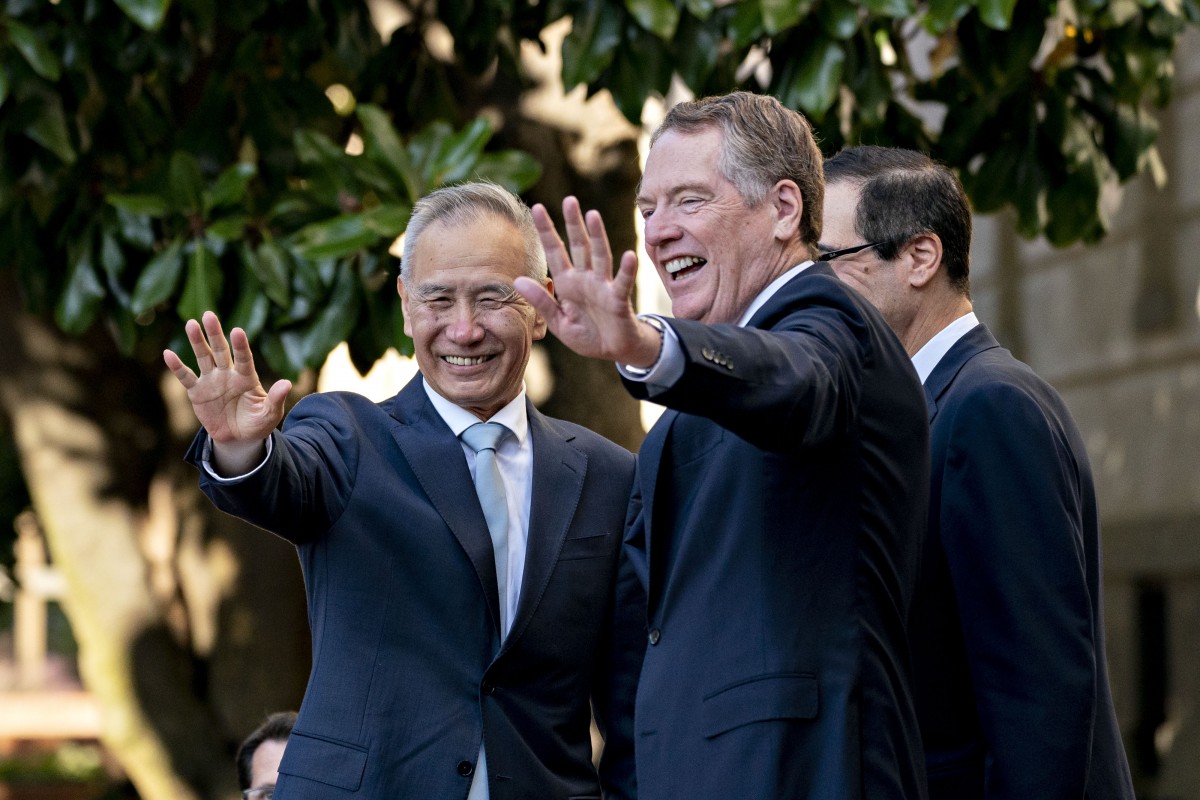 China talked up progress on trade with the US on Tuesday, highlighting bulk purchases of American farm products it had already made this year and saying that it was “on the same page” as Washington in negotiations.

Asked if the two countries agreed on the degree of progress from two days of high-level talks in Washington last week, Chinese foreign ministry spokesman Geng Shuang said: “China and the US are on the same page and have no difference in the stance on reaching a trade deal.

“This trade deal is going to carry very important meaning to China, the US and the world, it will be beneficial for world trade and world peace.”

Geng added that China would speed up purchases of American agricultural products.

“Chinese enterprises have independently bought US agricultural products in line with domestic demand since the start of this year,” he said.

But before the trade war began in July last year, the United States was the biggest exporter of soybeans to China, averaging at 30 million to 35 million tonnes a year, according to Chinese customs data.

The US has pressured China to buy more American farm products as part of a deal to end the trade war that has already dragged on for 15 months.

On Friday, US President Donald Trump said China had agreed to buy up to US$50 billion in agricultural goods – roughly double the US$24 billion worth of American farm goods China imported in 2017.

The commitment was part of what Trump lauded as a “substantial phase one deal” from the two days of talks in Washington between Vice-Premier Liu He, US Trade Representative Robert Lighthizer, and US Treasury Secretary Steven Mnuchin.

Trump said it would take a few weeks to put details of the deal on paper, but the US had agreed to suspend the 5 percentage point tariff increase on Chinese imports scheduled for Tuesday, and China would buy more US agricultural products.

China has made high-profile US agricultural purchases before in exchange for delays in the introduction of American tariffs. But in July, Trump accused China of dragging its feet on the purchases, prompting him to announce fresh tariffs on even more Chinese goods.

Nevertheless, Beijing’s upbeat approach was apparent on Monday, when Taoran Notes, a social media account affiliated with the official Economic Daily, said China and the US essentially shared the “same position” on the progress of the trade talks.

“If the Chinese side disagrees with [what Trump has said], it will make a response immediately,” it said. “We can confirm that both sides essentially share the same stance.”

Taoran Notes also said the Chinese and US officials shared a takeaway hamburger lunch from a Washington restaurant on October 10 and had eaten from the same place during negotiations in March. “Vice-Premier Liu said the hamburger tasted better this time,” the commentary said, suggesting that the talks went well.

In addition, an editorial from China’s state tabloid Global Times published on Tuesday said China and the US had made a breakthrough in the negotiations. “Both sides are satisfied with the progress and expressed strong will to reach a final deal,” it said.

It was a contrast to the weekend when Chinese state media warned of uncertainties and cautioned against being “overly optimistic” about negotiations.

Also on Monday, Mnuchin said high-level talks between China and the US would continue next week with the aim of finalising the phase one deal before the Asia-Pacific Economic Cooperation (Apec) summit in Chile in November.

“The next phase is deputy-level calls that will be going on this week,” Mnuchin said in an interview with CNBC. “Ambassador Lighthizer and myself will have a principal-level call next week with the vice-premier.

“My expectation is [that] we’ll have the deputies meet between now and Chile, and my expectations are that we will be meeting with the vice-premier in Chile before the presidents meet to finish the deal.”

Liu Weidong, a researcher at the Institute of American Studies at the Chinese Academy of Social Sciences, said China should be “pretty satisfied” with the progress in the trade talks because so far the discussions about reaching a phase one deal did not seem to have crossed any bottom lines.

“The cost to Trump of not signing a deal grows as his race for re-election draws closer. But of course we cannot ignore the fact that Trump has been inconsistent before and he might play his tricks and add bits and pieces to be included [in the phase one deal],” Liu said, adding that he expected talks before Apec to be positive.

“There are not many expected changes to this scenario until November, and therefore their respective proactive and positive stances on trade talks should remain largely the same as well.”

Du Lan, from the China Institute of International Studies, said it was likely that the two sides would reach an initial agreement by Apec.

“I don’t think issues such as technology transfers and protection of intellectual property – which are the US’ biggest concerns and divided the two sides in previous negotiations – will be a major part of the phase one deal. They will be left for future discussion so that both sides can reach an initial deal in November,” Du said.

How to Design an Online Banner for Advertising.

5 Reasons To Go With TOP for All Online Reputation Repair.

4 Benefits To Partnering With TOP Platform For Translation Services Work.

3 Simple Benefits for Advertisers to Registering with TOP.