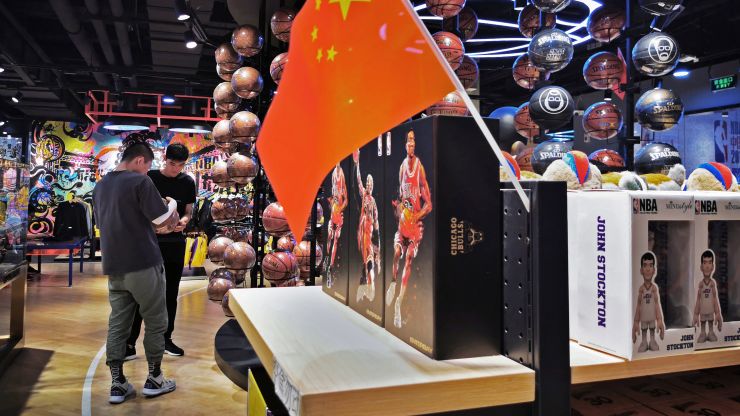 NBA Commissioner Adam Silver will face “retribution sooner or later” for saying that Beijing wanted him to fire the general manager of the Houston Rockets, state broadcaster CCTV said in a commentary published late Friday.

Silver claimed that Beijing asked the NBA to fire Morey for the GM’s now-deleted Oct. 4 tweet, in which he showed support for anti-government protests in Hong Kong.

China has denied making that request.

“I saw that in the news, and I specifically checked that with the competent authority. The answer is, the Chinese government has never raised such demands,” Geng Shuang, spokesman for the Chinese Ministry, said Friday according to a transcript posted on the ministry website.

“Silver is making every effort to portray himself as a defender of free speech and is using so-called ‘freedom of speech’ to cover for Morey, who voiced support for violent elements in Hong Kong,” CCTV said, in a translation by CNBC.

The Chinese government places limits on speech within China and blocks much of the internet. Beijing’s reaction to Morey’s tweet, and the NBA’s initially apologetic response to China, opened a debate on the influence China has over speech in other countries when there’s a financial interest at stake.

An NBA spokesman did not immediately respond to a request for comment.

The exchange is the latest in continued fallout over Morey’s tweet. While the NBA is extremely popular in China, the tweet sparked a fire of criticism as well as steep financial consequences for the league in the world’s second-largest economy. CCTV’s comments come after it suspended broadcast arrangements for the NBA’s preseason games in China.

Silver said at the Time 100 Summit event in New York last Thursday the NBA has already suffered “substantial” losses as Chinese businesses distance themselves from the league.

“I don’t know where we go from here,” Silver said at the summit. “The financial consequences have been and may continue to be fairly dramatic.”

The controversy underscores the difficulty American companies face when they want to do business within China’s massive economy, but can’t run the risk of saying anything that will upset the country’s government.

In an Oct. 8 statement, Silver defended Morey’s right to free speech, adding “values of equality, respect and freedom of expression have long defined the NBA — and will continue to do so.”

Protests in Hong Kong began in response to a proposed law that would have made it possible for Hong Kongers to be extradited to China to stand trial. That bill has been withdrawn, but the protests have continued.

Online Reputation Repair: How Does It Work?

Earning From Your Social Media By Becoming A TOP Trender.

How TOP Helps When You Need To Know How To Repair A Bad Reputation.