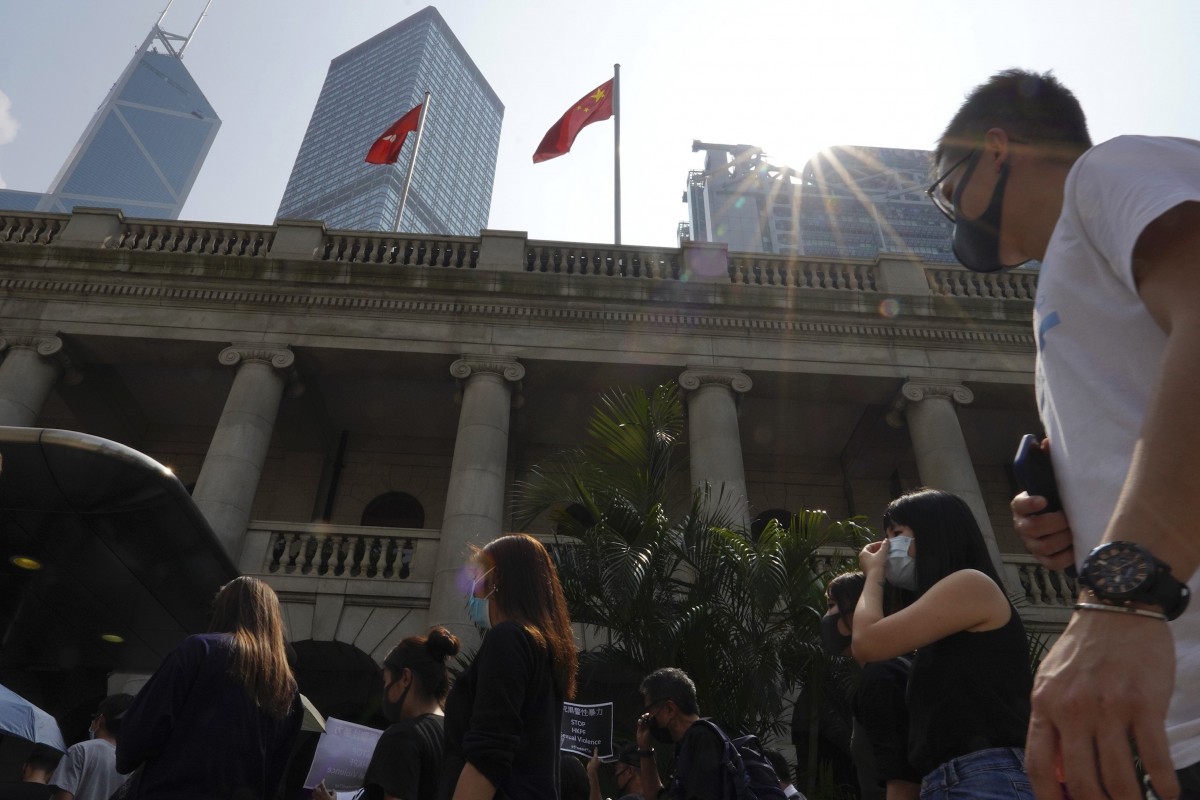 Beijing’s statements after a closed-door meeting of the Communist Party’s elite indicate that it will move to tighten control over Hong Kong and Macau, particularly when it comes to national security issues and the nomination of principal officers.

But it made clear that the “one country, two systems” principle, which guarantees the two cities a wide range of freedoms, remains a core national policy, suggesting that this closer supervision will come through the use of the central government’s powers enshrined in the Basic Law – which Beijing has only used sporadically until now.

It has said it will strengthen the relevant laws, step up patriotic education and, most intriguingly, it said Beijing would “enhance the system and mechanism over the appointment of chief executive and principal officials”.

With the city’s social unrest showing no signs of ending, Hong Kong was high on the agenda when the ruling Communist Party elite gathered in Beijing to discuss important national issues and policy directions behind closed doors.

In both the communique issued to the public and at Friday’s news conference that followed the meeting, or plenum, considerable attention was devoted to Hong Kong.

In general, it signals a change of strategy by the central government, with Beijing seeking to be more proactive on Hong Kong affairs, particularly over issues that concern sovereignty and national security.

“Governing Hong Kong and Macau under the one country, two systems principle is a key component of our political system. It was an important item for discussion at the plenum,” said Shen Chunyao, head of the National People’s Congress Committee overseeing the Basic Law, at a news conference about the meeting.

The protests were not directly mentioned, suggesting that the change of strategy is intended not just to deal with the present social unrest but to adjust longer-term policy towards the two special administrative regions.

Shen said that at the plenum meeting, the top leadership had formulated “specific tasks and arrangements” to achieve the goal.

While Beijing did not spell out the exact details, Shen said the most direct way for Beijing to exercise authority over Hong Kong and Macau concerned the appointment of principal officials and the interpretation of the Basic Law, the city’s mini-constitution.
Most Hong Kong and China experts believe that it means Beijing would become more involved in vetting and screening candidates for key positions.
Hong Kong police have ‘unwavering support’, Beijing says
“In the past, there has been an impression that top Hong Kong officials only need to report to the chief executive, who in turn reports to the central government.
“This shouldn’t be the case as all Hong Kong officials should also be responsible to the central government,” said Song Sio-chong, professor of the Centre for Basic Laws of Hong Kong and Macau at Shenzhen University.
“This could mean that Beijing would be much more involved in the selection process and would act more decisively on deciding the candidate. It will screen the chief executive’s nomination more vigorously.”

Lau Siu-kai, vice-chairman of The Chinese Association of Hong Kong and Macau Studies, said that at present, Beijing has been mainly “rubber stamping” the nominations of the principal officials proposed by the chief executive.
“There could be a more vigorous system in future,” Lau said.
China’s Communist Party elite wrap up meeting with pledge to safeguard national security in Hong Kong
Another expert and government adviser, who asked to remain anonymous, said the No 1 criteria for selecting top officials is that a candidate needs to be a “patriot”.
“Taking an oath is just a formality. Taking an oath does not make one a patriot. It needs to be reflected in their actions.”
Li Xiaobing, a Hong Kong expert and a law professor at Nankai University in Tianjin, said that the protests have exposed the weakness in Hong Kong’s government.
“They lack unity and consensus,” said Li. “They are not effective and lack a sense of responsibility when facing tough issues.”

Many mainland analysts have also expressed concern over reports that some people taking part in the protest movements are civil servants.
Shen said Beijing saw a need to step up “patriotic” education in Hong Kong, not just for young people but also for the public servants.
“[We will] strengthen the national education of Hong Kong and Macau people, especially civil servants and young people, including education on the constitution and the Basic Law, Chinese history and culture, in order to boost their national consciousness and patriotic spirit,” he said.
Soul-searching for China’s Communist Party elite as they consider way ahead
A source close to the Hong Kong government said that Beijing had started tightening its grip over key appointments after the first massive anti-government protests in 2003.

“When [chief executive] Tung Chee-hwa first introduced the ministerial system in 2002, the candidates he nominated did not need to be interviewed by Beijing officials as the central government had full trust in him. Things were already different during Donald Tseng Yam-kuen’s time.
“In 2017, Beijing expressed reservations about some candidates put forward by Carrie Lam Cheng Yuet-ngor and she had to make some changes.”

Make Money Online as a Reviewer

3 Reasons That TOP Platform Is The Best Ebooks Hub.

Get Started With Earning For Posting On Social Media. To more click >>> Theinternationalcampaigner

Buying Unique Photos Online From A Photos Gallery Through TOP.

Where You Can Find Ebooks To Read And Buy.

4 Reasons TOP is The Best Option For Online Reputation Repair.

2 Reasons that TOP is Supreme for Content Creation Services.

3 Ways to Get Great Online Reviews.