Latest News
Home Economy How AI and human rights have been dragged into the US-China tech war, threatening wider split 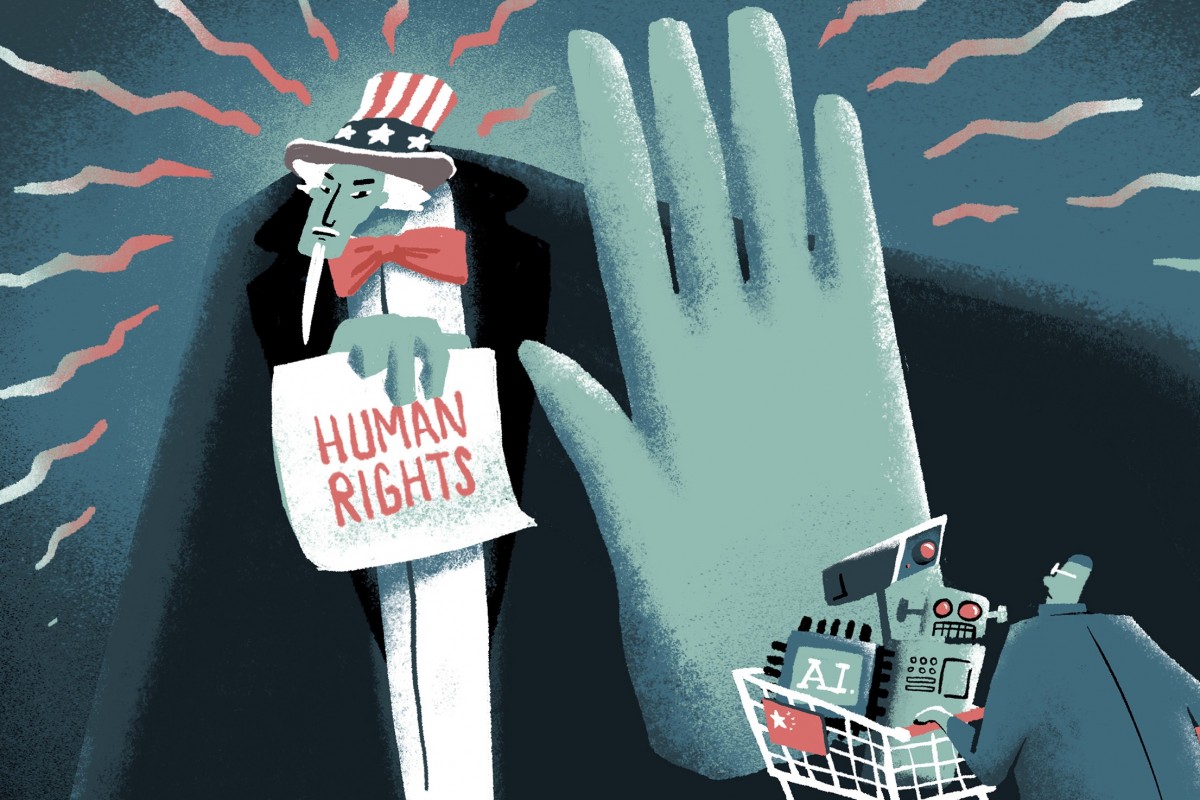 How AI and human rights have been dragged into the US-China tech war, threatening wider split

The US has fired its first salvo at China’s AI tech champions by adding them to its trade blacklist on human rights grounds. Source: SCMP

When Trump administration officials announced on October 7 that they were banning some of China’s most feted artificial intelligence and surveillance companies from buying US technology, the move caught Chinese policymakers off guard.

Back in May, the Commerce Department cited national security concerns when it barred Chinese telecommunications giant Huawei from buying US technology. In its latest move, the Trump administration banned eight companies including China’s AI national champions SenseTime, Megvii and iFlyTek, and 20 police departments for their purported role in the suppression of the Uygur minority in Xinjiang. It was the first time that human rights was cited as a reason for inclusion on the US trade blacklist.

“Chinese policymakers were disturbed by the US decision,” said a Beijing-based senior researcher at a top Chinese think tank who has provided advice on the issue. “The frustration arose because months of negotiation did nothing to avert the ban.”

But more than the loss of face, the US move threatens to cleave global technology into rival US and China camps. It may also force China to invest in developing otherwise commercially available technology for fear of a US tech blockade, an expensive and probably impractical endeavour.

Imagine having to invest in every technology just to ensure independence, said the researcher, who asked not to be named discussing policy thinking. Any breakthrough in technology elsewhere could potentially render past investments worthless, a dangerous and frightening prospect, the source said.

The escalating tech war is a manifestation of the broader contest between the US and China. The world’s two biggest economies are jostling for dominance in advanced technologies from 5G, quantum computing to AI and China’s efforts to use technology to transform its economy are increasingly bumping against American dominance. 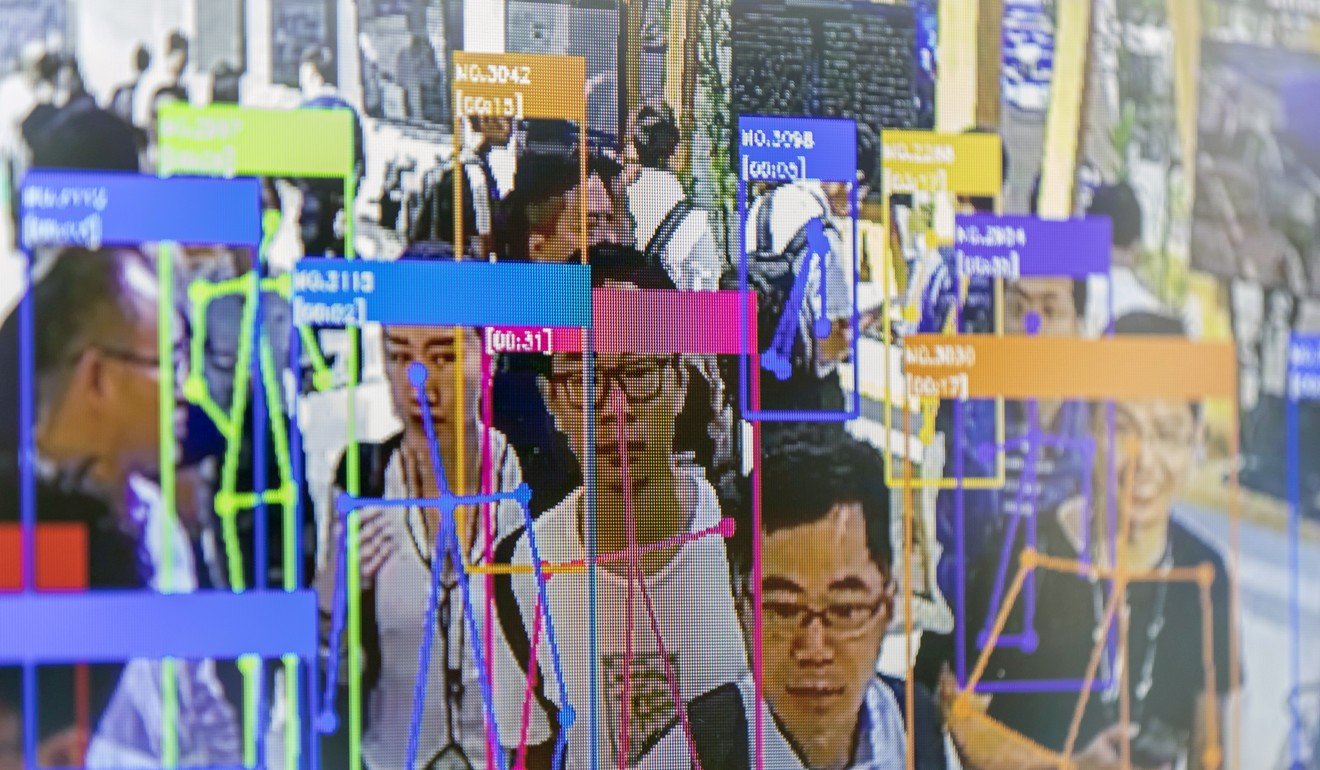 By blacklisting China’s most promising AI firms and linking them to alleged human rights violations, some observers say the US has opened a new front in its tech war against China.

The human rights accusation signals a willingness by the US to use non-traditional means to contain China’s tech ambitions and tar its reputation as the country exports AI-powered surveillance to other countries.

“The US is on strong moral ground in blacklisting these companies,” said Helen Toner, Washington-based director of strategy from the Center for Security and Emerging Technology at Georgetown University. “Other countries around the world that care about human rights are likely to be sympathetic to the US position.”

The Entity List effectively bars the companies from buying technologies deemed as “US-origin” unless they gain special approval from Washington.

There are others who see the US move as a cynical attempt to keep China down.

“Human rights issues are a guise,” Yan Shuicheng, chief technology officer of Yitu, said in an interview. “It is like the US just feels threatened.”

Shanghai-based Yitu, which develops facial recognition and computer vision-powered cancer screening tools, is one of the AI companies placed on the US blacklist.

The latest blacklisting took place just two days before Chinese Vice Premier Liu He went to Washington for another round of trade talks. Most of the blacklisted companies specialise in AI technologies such as facial recognition and voice recognition, which can be used to track people.

The White House cited their business in Xinjiang, a region of northwestern China that is home to a largely Muslim minority group known as the Uygurs, as supporting the Chinese government’s repression of a minority through the creation of a dystopian world of digital surveillance. At stake is China’s blueprint to build an AI-powered industry with an economic output of 10 trillion yuan (US$1.4 trillion) by 2030. Like 5G, AI is also critical for the applications that could drive the future economy, from autonomous driving to robot surgeons. The technology is also expected to raise productivity at a time when China’s demographic dividend – cheap and young labour from rural areas – is fast diminishing.

For now, the short-term impact on China’s AI progress is expected to be limited as many of the companies being put on the blacklist had prepared for the worst. Speculation that Washington was considering putting some Chinese AI companies on the Entity List first emerged in May.

Yin Qi, chief executive of Beijing-based facial recognition specialist Megvii, which is on the blacklist, said the company was “well-equipped for the fight”, in an internal memo issued in early October and obtained by the Post.

Hikvision, China’s largest surveillance camera maker that is also on the list, cited the stockpiling of key components as a major reason for the 70 per cent surge in inventory in the first nine months of the year. 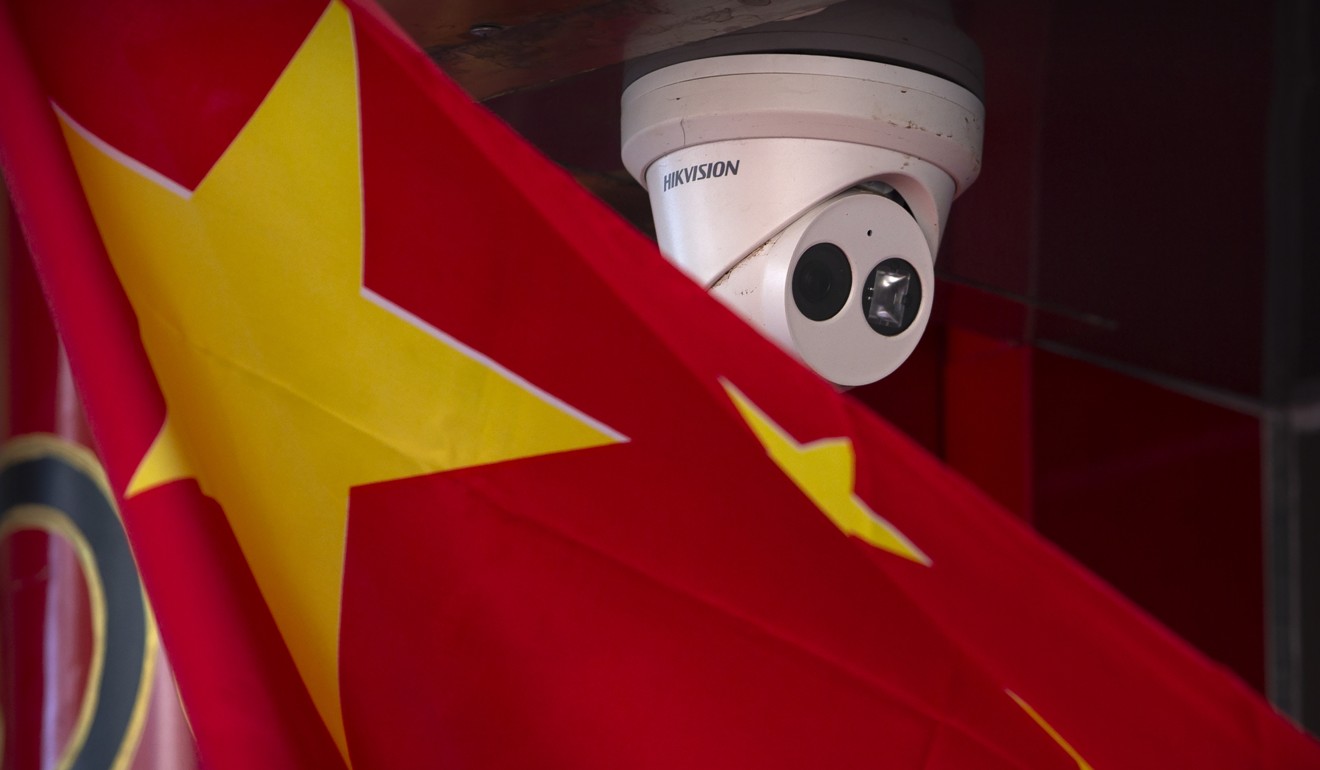 A Chinese flag hangs near a Hikvision security camera outside of a shop in Beijing, Tuesday, Oct. 8, 2019. Photo: AP

At an investor communication event, Huang Fanghong, senior vice-president of the Hangzhou-based surveillance giant, confirmed that some product supplies from the US resumed one week after the restriction, as materials provided by most American suppliers are “not entirely US originated”.

Still, the US action is expected to have a dampening effect on China’s AI development, which has quickly caught up with the US in terms of published papers and real-world applications, powered by an advantage in vast troves of data that is raw material for training algorithms.

The US restrictions have also fuelled another round of self-reflection among China’s policy and corporate circles about the country’s dependence on foreign technology. This in turn has led to greater calls for state-directed investment and support for key sectors.

China to expand use of facial recognition to manage traffic violations

“We used to be so comfortable using American supplies … now we will be speeding up to be more self-dependent,” said Hu Yu, rotating chairman of voice recognition firm iFlyTek, in an interview.

Within a week of landing on the list, iFlyTek announced that two of its products, a teleconferencing and transcription service, ran smoothly on a China-made computer processing unit.

Companies such as SenseTime and Yitu have also been developing their own AI chips, holding out hope that over time China can develop home-grown equivalents to those produced by the likes of Intel, Nvidia and Qualcomm.

Few people interviewed by the Post expect the tech war to end any time soon. Asked which area may see conflict next, many suggest that the Trump administration may seek to crimp the flow of capital by targeting investment and fundraising by Chinese companies.

President Donald Trump hinted as much at a meeting with US lawmakers as early as June that he would restrict Chinese investments through the Committee on Foreign Investment in the United States (CFIUS).

“We have the greatest technology in the world. People copy it and they steal it … we have to protect that, and we’re going to protect it,” Trump said then. “And that can be done through CFIUS. We have a lot of things we can do it through. And we’re working that out.”

Samm Sacks, a cybersecurity and China researcher at New America, a Washington-based policy think tank, expects the US government to increasingly look to cut off the access of Chinese AI companies to US citizen data by banning deals in the digital economy that are deemed a risk to US national security. The US government is also weighing restrictions on US investment portfolio flows into China, Sacks said.

In China, QR codes are being replaced by face scans for payments

Some other options considered by the Trump administration include delisting Chinese companies from US stock exchanges, limiting US exposure to the Chinese market through government funds and the capping of Chinese companies included in stock indexes managed by US firms, according to a Bloomberg report in September that cited unnamed sources.

“The best research is done globally, but we appear to be splitting the world into parts,” said James Lewis, director of the technology policy programme at Washington think tank the Centre for Strategic and International Studies (CSIS), who expects more troubles for China as the country’s ruling party tightens its grip, adding the reputation of Beijing and some of China’s biggest tech companies have been damaged.

For Russ Shaw, founder of London-based Global Tech Advocates, an unravelling of the global technology industry is a lose-lose proposition for all involved.

“To me, anything that complicates things, slows down innovation,” said Shaw, whose Global Tech Advocates has more than 13,000 tech professional members. “We have to try to figure out ways in which we work together. Blocking things or making limitations is not always the right solution for the longer term.”

How to attract Foreign Direct Investments (FDI) in a country

2 Good Reasons To Consider Getting Translation Help From TOP.