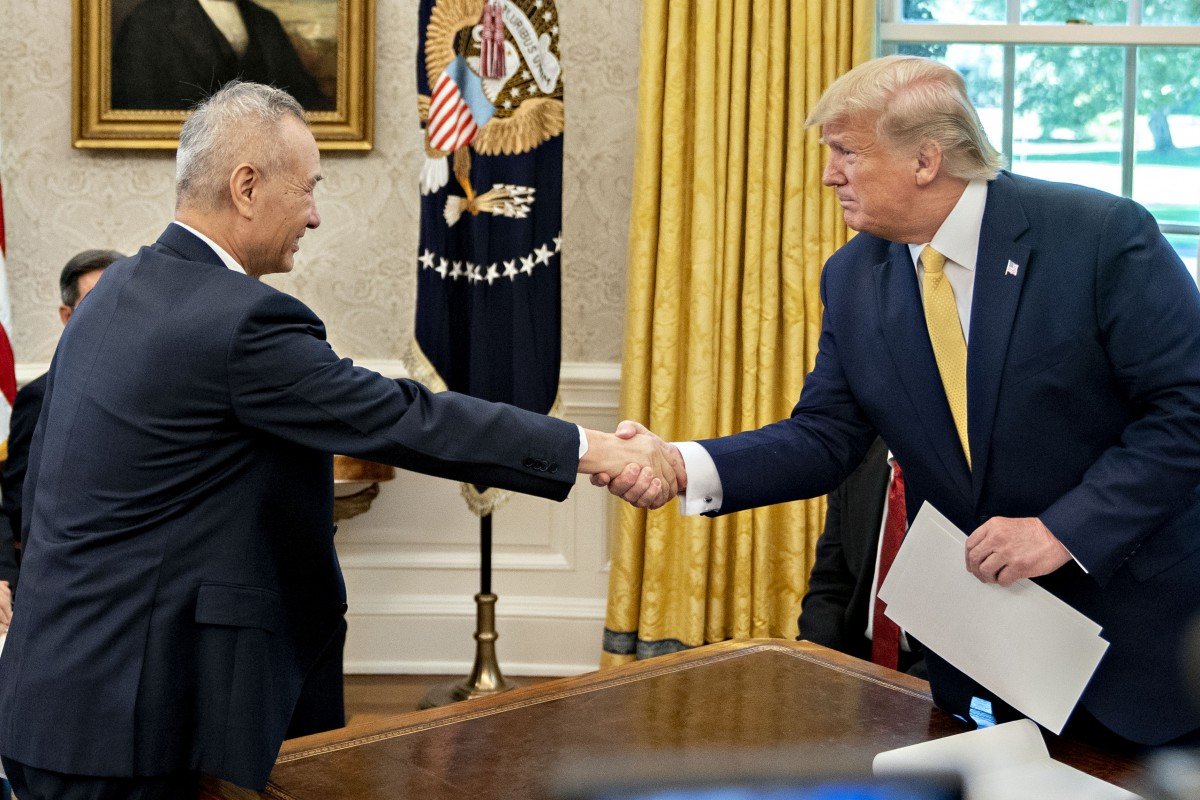 US, China on ‘doorstep’ of trade war deal, but ‘phase one’ tariff removal holding up talks, sources say

Chinese and American trade negotiators continue to wrestle with exactly which trade tariffs will be removed as part of a “phase one” deal between China and the United States and under what conditions, sources from both sides told the South China Morning Post, offering a possible explanation over the lack of visible progress.

There is still some modicum of optimism that a watered-down deal can be reached before new US tariffs go into effect on December 15, but even if the deal proves elusive, sources say it is likely they will be at least postponed.

It is understood neither side wants the 15 per cent tariff on US$156 billion of Chinese importsto go ahead, since they would hit popular consumer electronic products, including smartphones, for the first time, affecting US consumers and large swathes of China’s manufacturing base.

If an agreement is not reached before December 15, those tariffs will therefore probably be delayed “because they are on the doorstep of this” phase one deal, said a source close to the Trump administration.

“I don’t think you’ll have something big delivered by December 15, but I do think that you will have something that forestalls the tariffs because it is in both sides’ interests,” the source said.

China’s chief trade negotiator and Vice-Premier, Liu He, said at a dinner on Wednesday night that he was “cautiously optimistic” about reaching a phase one deal with the US, despite new tensions over Hong Kong, Bloomberg reported, citing people who attended the event at the Bloomberg New Economy Forum in Beijing.

But during a visit to an Apple Mac Pro factory in Texas also on Wednesday, US President Donald Trump claimed a deal to end the trade war had not been reached “because I haven’t wanted to do it yet,” and because “I don’t think [China is] stepping up to the level that I want”.

“I can tell you this: China would much rather make a trade deal than I would,” Trump said.

Earlier on Wednesday, China threatened to retaliate if Trump signed the Hong Kong Human Rights and Democracy Act,which the US Congress passed on Wednesday, after it sailed through the US Senate on Tuesday. There are concerns that the legislation – which would allow the US to sanction Hong Kong officials and potentially strip the city of its special trade status with the US – could adversely affect the trade talks.

The US side is of the opinion that Beijing has already “internalised” the Hong Kong Human Rights and Democracy Act, since it has been in the works for some time, the source close to the White House said. However, Chinese sources warned that if Trump signed the act, Beijing would be expected to react

One Chinese source dismissed the possibility that the trade talks would be suspended, saying the two sides could “fight and talk” simultaneously.

China’s Ministry of Commerce had little to say about the trade negotiations in its regular press conference on Thursday, with spokesman Gao Feng saying that the two sides would “continue close communication”.

He emphasised that numerous “rumours” about the talks “are not accurate”, but did not elaborate.

“China is willing to work together with the US on the basis of fairness and mutual respect to strive to reach the phase one deal,” Gao said.

The biggest benefit of foreign direct investments FDI is boosting the economy of the domestic economy. But that’s only made possible by the increased jobs, high wages, and increased purchasing power.

A Global Market For Your Photos. To know more >> Theinternationalcampaigner.com

3 Reasons To Start Getting Online Reviews With TOP Today.

3 Steps To Making More Money Online With Translating Through TOP.