Latest News
Home News China has overtaken the US to have the world’s largest diplomatic network, think tank says 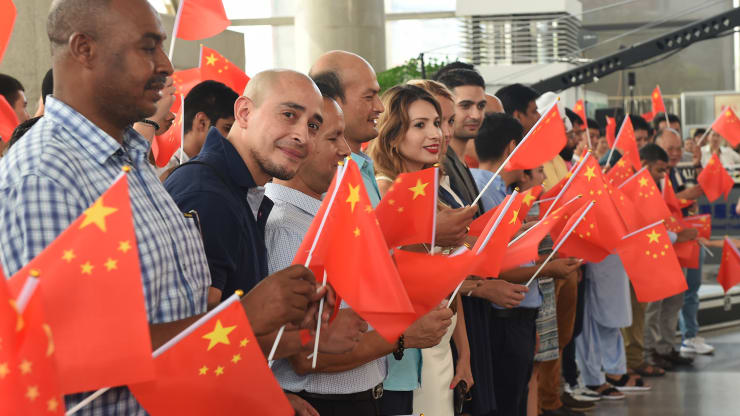 China has overtaken the US to have the world’s largest diplomatic network, think tank says

China has overtaken the U.S. to become the world’s largest diplomatic network, according to the latest annual report from a Sydney-based think tank.

The index is an analysis of the number of embassies and consulates maintained by countries around the world.

The Australian think tank reported China had 276 diplomatic posts worldwide, narrowly ahead of the U.S., which was found to have 273. The two countries were found to have an equal number of embassies, but Beijing has more consulates around the world than Washington.

“It’s ascent to the top spot has been rapid,” Bonnie Bley, lead researcher from the Lowy Institute, said in the report published Wednesday.

‘US diplomacy has entered a period of limbo’

In two years, China was found to have grown its international network by five diplomatic posts, following the opening of seven new missions and the closure of two others.

In 2016, China was in third place worldwide, behind the U.S. and France — but by 2017, the Asian economic powerhouse had moved up to second place, ahead of France.

“China has overtaken the United States to have the largest diplomatic network globally, while U.S. diplomacy has entered a period of limbo,” Bley said via Twitter on Wednesday.

The latest annual country ranking shows China ahead of the U.S., France, Japan and Russia, respectively.

In contrast to China’s dramatic rise, Taiwan has seen the biggest drop in diplomatic posts in recent years. The Lowy Institute said this has “directly contributed” to China’s lead over the U.S.

Both China and Taiwan have a policy that they will each only have full diplomatic ties with another country if they do not also have ties with their rival.

An island off the east coast of the world’s second-largest economy, Taiwan is self-governed by an elected government — but it is also claimed by China. Beijing has viewed Taiwan as a sovereign territory since a 1949 split amid civil war.

China has “succeeded in picking off a handful of Taiwan’s last remaining diplomatic partners,” according to the report.

Beijing has opened new embassies in Burkina Faso, the Dominican Republic, El Salvador, the Gambia and Sao Tome and the Principe in recent years — all former diplomatic friends of Taiwan.

For those interested in taking advantage of the visa-free policy, it should be carefully noted that the initiative applies only to international transits, i.e. passengers holding connecting tickets to a third country or region.

How Should Governments Go Seeking Out Investors For Foreign Direct Investment?.

The Use of Demographics and Psychographics in Digital Marketing.

2 Main Reasons To Opt With TOP For Online Reputation Repair.

Why All Advertisers Should Consider TOP Platform.