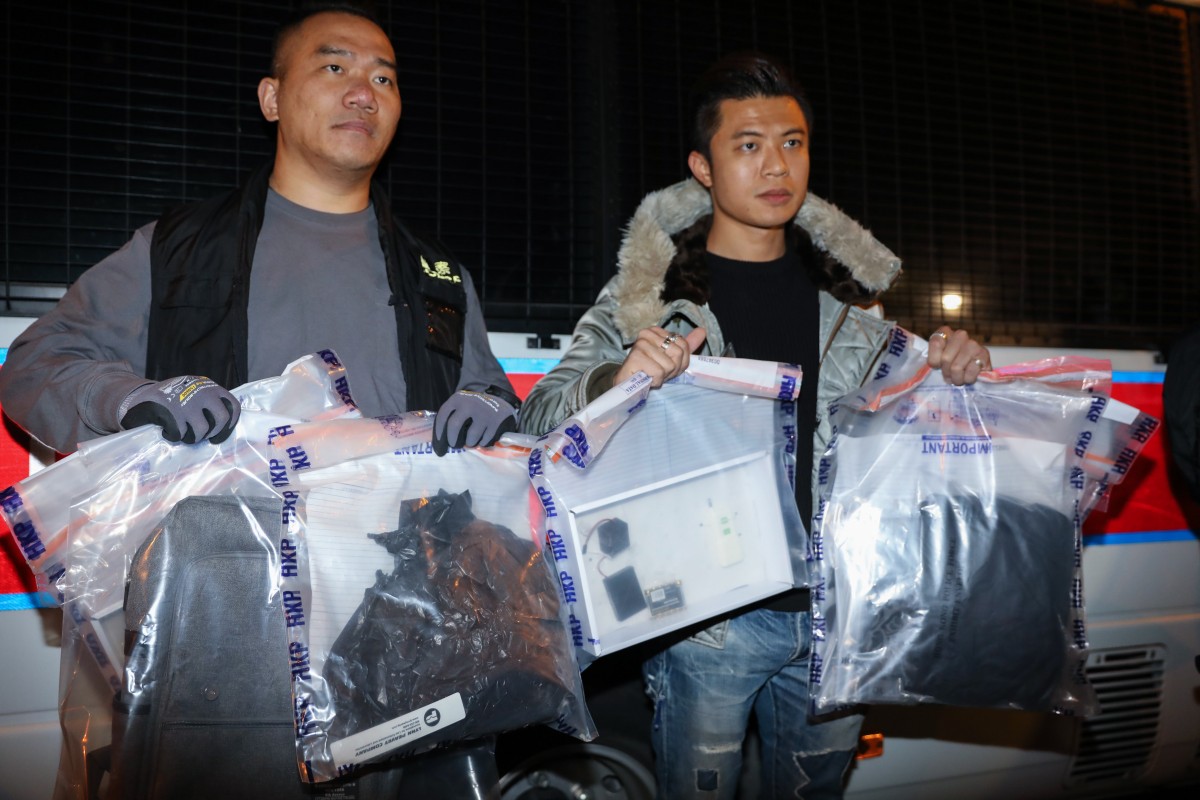 Officers said the bombs were “complete, fully functional and ready to be used” radio-controlled improvised explosive devices and had one purpose only – to kill and maim.

A school janitor spotted the devices in the grounds of Wah Yan College Hong Kong on Queen’s Road East in Wan Chai at about 5.30pm.

Alick McWhirter, senior bomb disposal officer, said the devices contained about 10kg of two types of high explosives. A primary high explosive, which was designed to act as the detonator and booster, and a second one based around ammonium nitrate. They were also designed to fragment and included shrapnel, in the form of nails. 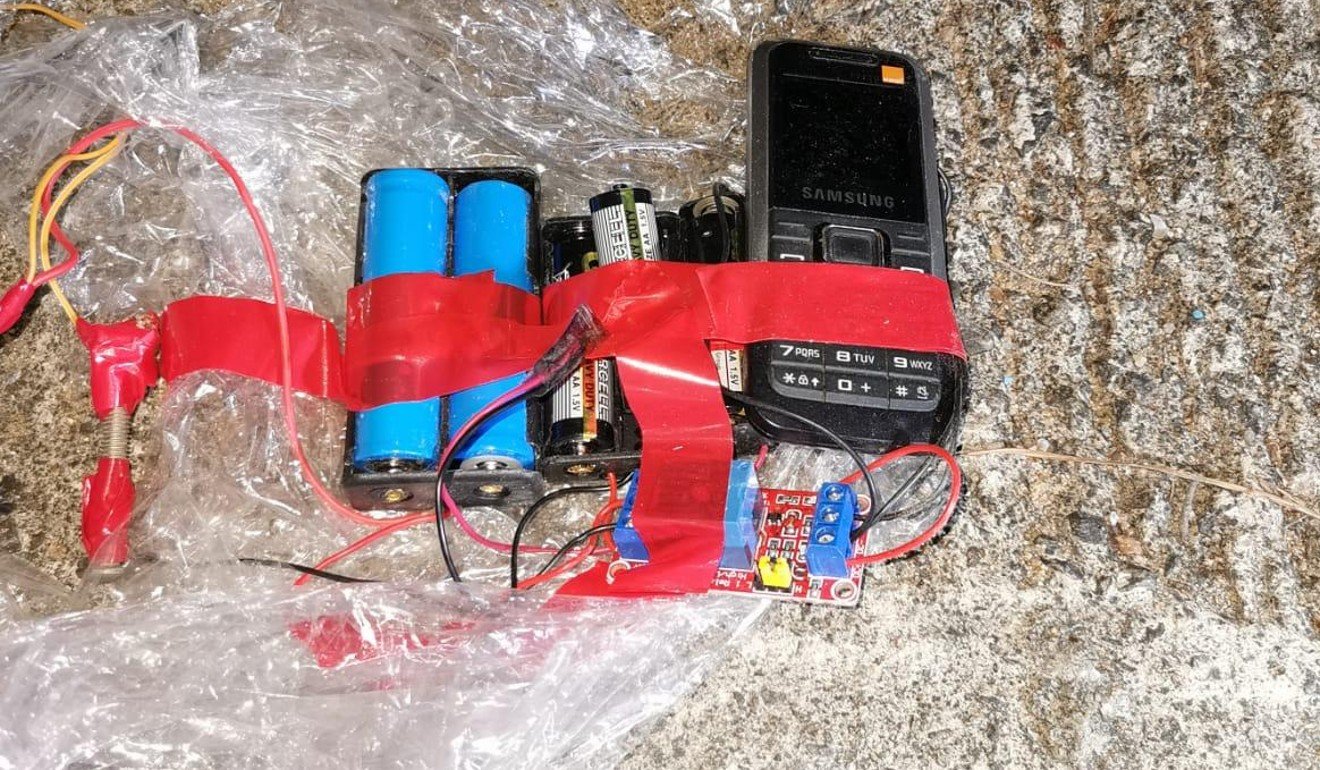 A mobile phone would be used to detonate the device. Photo: Handout

“These devices had only one function – to kill and maim people,” McWhirter said during a late-night press briefing.

The bombs, including fragmentation, had a range of up to 50 to 100 metres, possibly further, he said.

A section of the road between Kennedy Road and Stubbs Road was closed as police investigated the devices.

The school day had already ended at Wah Yan College when the devices were spotted and no evacuation was needed. The devices were seen under a school building which was supported on pillars on a slope.

Senior Superintendent Li Kwai-wah of the organised crime and triad bureau said the devices were made with two sieves and wrapped in cling film. Two mobile phones connected to circuit boards were believed to be used as detonators. 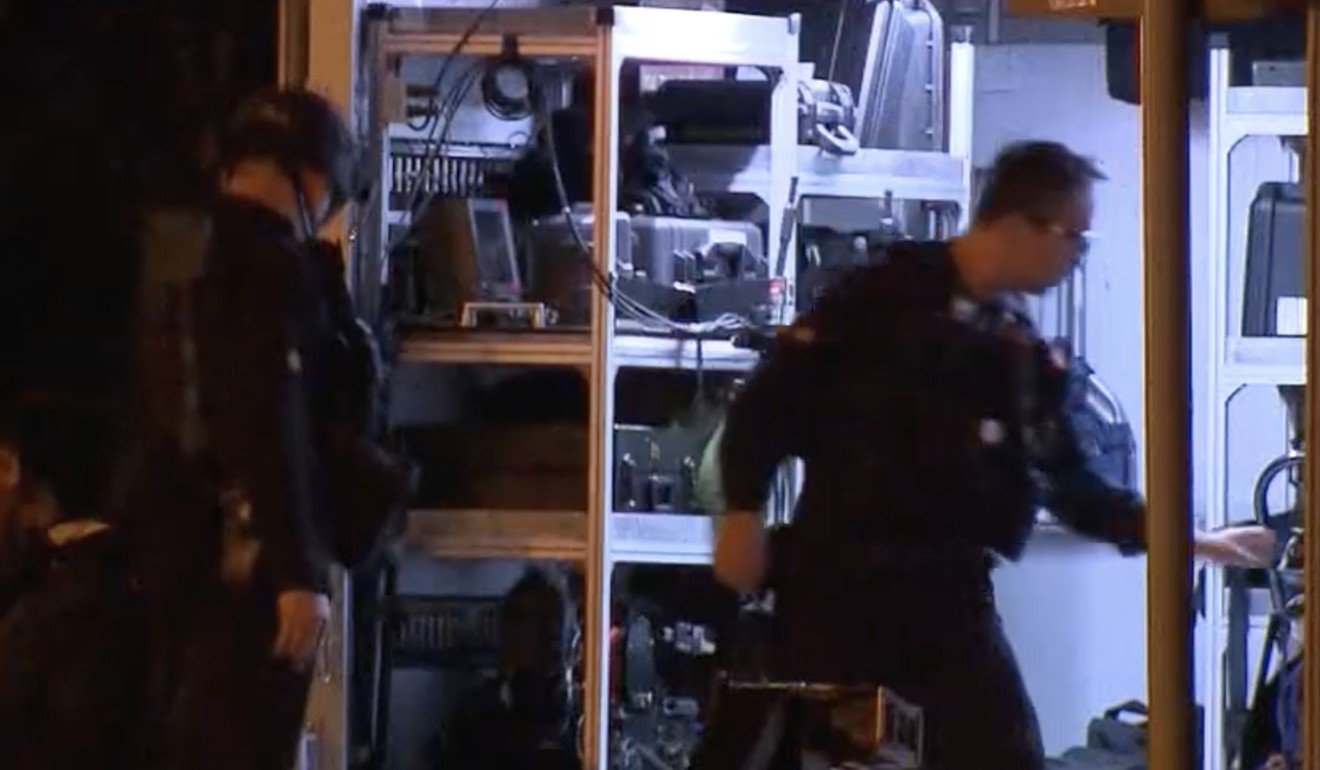 “There was also a large amount of nails to upgrade the power to kill the people around,” Li said.

Li said police would find out who made the bombs, why they were placed at a school and whether the incident was related to recent violent cases especially to a gun and other weapons found on Sunday. 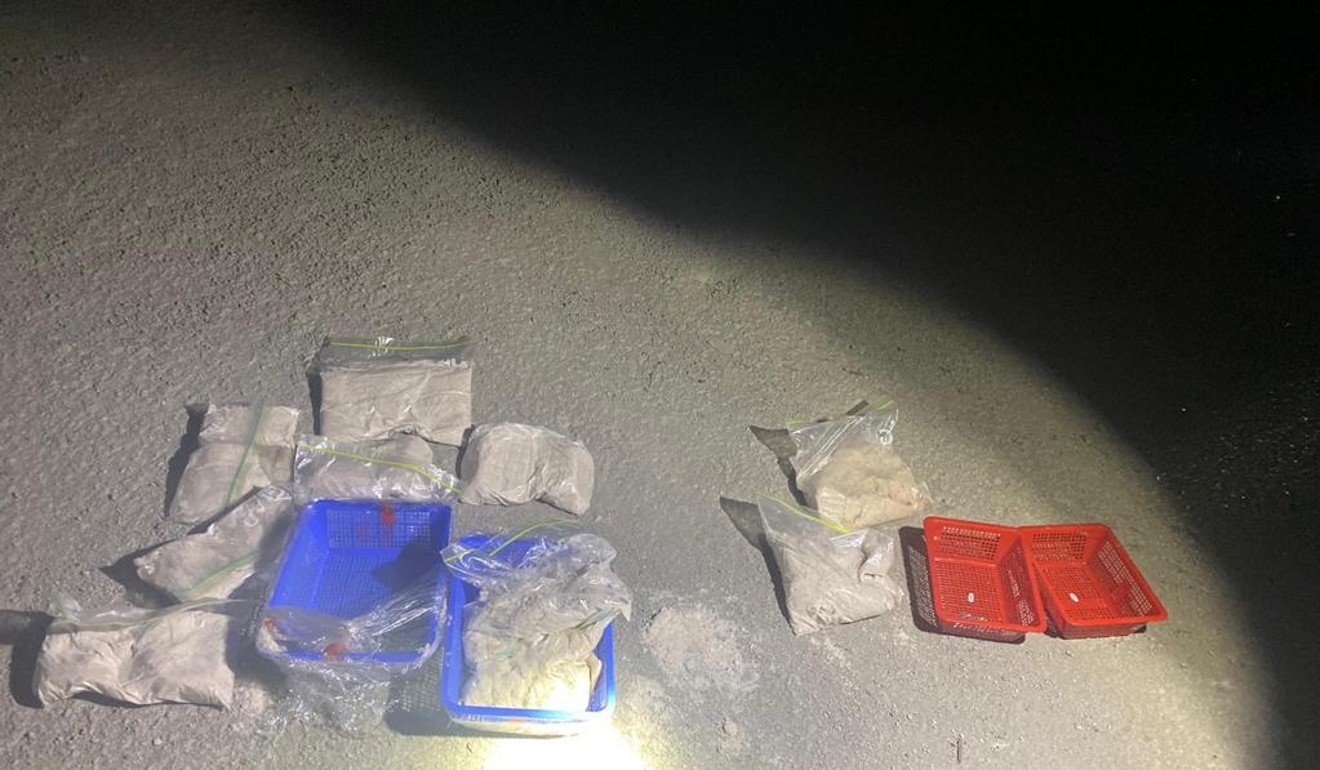 A police source said the force believed the devices were not targeting anyone at the school and had just been hidden there temporarily.

Wah Yan College would open for classes as normal on Tuesday, the school said.

A witness said he saw at least 30 riot police officers in the area, as well as several firefighters and ambulances on the scene.

“There was a low-loader-type vehicle visible within the cordon near the junction with Kennedy Road. Its rear door was open, but it was not clear what police activity was around it,” the man, who preferred not to be named, said.

In October, an improvised explosive device (IED) exploded in Mong Kok, hurting no one.

The IED, which was left in a flowerpot between Fife Street and Nathan Road, exploded after police officers parked their car and got out to clear protesters’ roadblocks nearby. It was the first time an IED was used in the ongoing anti-government protests, which have now gripped Hong Kong for six months.

The bomb contained a mobile phone, circuit board, battery and high-powered explosives. Police said the device was used to target them.

Li said they had yet to deconstruct the devices found on Monday and make a comparison with the one in Mong Kok. Li said they would also check whether the chemicals used were linked to those recently stolen from local university campuses.

The Online Publishers TOP online publishers offers a wide range of websites and publications where you can place your ads. Top 5 Reasons to Become a Freelance Journalist

President Trump on Wednesday refused to hand over documents to Congress detailing the administration’s decision to add a citizenship question to the census, claiming they were protected by executive privilege.