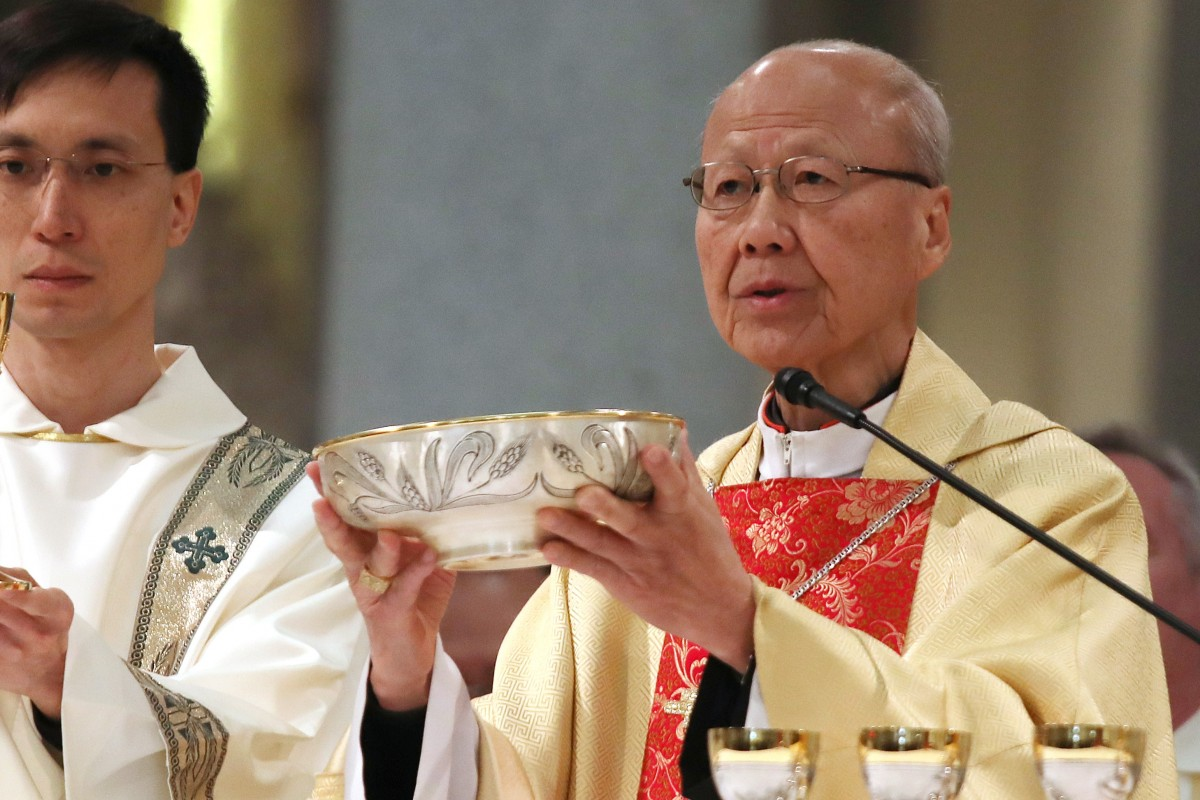 The leader of Hong Kong’s Catholics has called for a Christmas truce after months of violent social unrest which threatened to continue into the festive period, advocating a time of cooling-off and reflection.

The plea for peace came as legal scholars at a top local university suggested granting amnesty to alleged offenders on both sides of the divide – including protesters, their opponents and the police.

In a Christmas message issued on Monday, Cardinal John Tong Hon, apostolic administrator of Hong Kong, described the recent unrest as “socio-political turmoil”, and appealed to all city residents to refrain from violence during the holidays.

“As we approach Christmas, we earnestly appeal to all people to stop acts of violence. Let us have a cooling-off period for an in-depth reflection on our social turmoil and find a way to resolve the current impasse in a humane manner, restoring peace with healing of body, mind and spirit,” the message read. Hong Kong has been rocked since early June by anti-government protests, sparked by an unpopular extradition bill, which has since been withdrawn. Demonstrators have frequently held rallies and occupied roads, leading to many clashes with police, who have used tear gas, rubber bullets and water cannon, in the face of hurled bricks and petrol bombs, among other projectiles.

Tong once again called on the government to heed public demands for an independent inquiry into the violent confrontations, saying that could “help to re-establish mutual trust between the government and the people and pave the way for a dialogue of reconciliation.”

Tong is not the first religious leader in the city to urge festive calm. In a separate Christmas message last Saturday, the archbishop of Hong Kong’s Anglican Church, Most Reverend Paul Kwong, urged the government and protesters to take the holiday as an opportunity to “start a dialogue with courage, sincerity and humility, and to admit their own inadequacies and shortcomings”.

“The government should not limit themselves to rigid thinking when they respond to voices from society, but should instead take practical measures or actions that are relevant to the needs of the citizens,” Kwong said.

About 30 of Hong Kong’s 82 Catholic churches will bring forward their traditional Christmas midnight masses to 9pm or earlier on Christmas Eve, amid online calls for protests on Tuesday.

Reverend Dominic Chan Chi-ming of the Hong Kong Catholic Cathedral of the Immaculate Conception told local media the arrangement was a precautionary measure to ensure the safety of the faithful in view of the unstable social situation.

Meanwhile, a paper published by the Centre for Comparative and Public Law at the University of Hong Kong on Monday suggested granting amnesty to the more than 6,000 people arrested during the protests, to ease political tension and build trust between the public and the government.

“Amnesty, far from being inconsistent with the rule of law and virtuous governance, can, in principle, support those values,” the paper read.

It suggested amnesty could be considered for all, including protesters, their opponents and police, but added that factors such as their age, the seriousness of their alleged offence and whether they held public office should be taken into account.

Amnesty could be considered for young offenders who sought to advocate political change and committed less serious crimes such as painting graffiti, it added, saying offenders in serious cases such as murders and assaults, or those holding public office, might be less worthy of consideration.

Instead of immunity, the centre said amnesties could take the form of pardons, conditional releases or reduced penalties.

Give “TOP Platform” The Online Publishers a chance and try reading one of the various choices that you can find from this ebooks libraries option.

That means foreign residents who qualify for Norwegian nationalization can apply without having to give up their existing passport or citizenship.