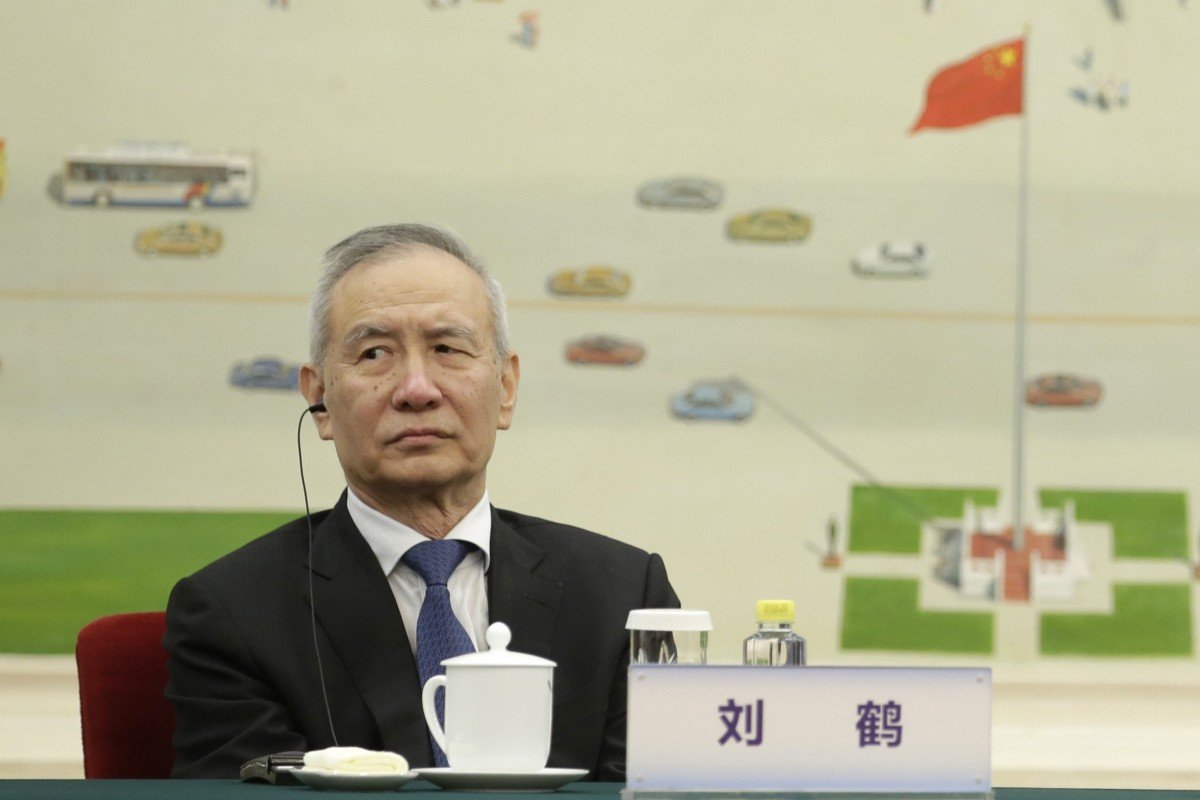 A top Chinese commission in charge of the country’s financial industry, led by Vice-Premier Liu He, has held five meetings in the past 40 days, reflecting a shift in focus to domestic issues ahead of the potential signing of a trade truce with the United States.

The China Financial Stability and Development Committee convened for the 14th time on Tuesday to discuss financial help for the country’s small businesses, the Chinese government said on its website.

The last publicly announced gathering of the committee was on November 28, the 10th meeting of the group. No public statements were made about the timing or topics of following three meetings.

Faxed questions to the People’s Bank of China, which is home to the agency’s office, went unanswered.

The surge in activity from the committee – which includes China’s central bank governor Yi Gang, the China Banking and Insurance Regulatory Commission chairman Guo Shuqing, as well as the head of State Administration of Foreign Exchange Pan Gongsheng – is unprecedented as the group has normally met on a monthly basis since the summer of 2019, government documents show.

The extraordinary number of meetings comes amid growing signs of financial risk in the Chinese economy, including bank runs at small regional lenders and bond defaults. The gatherings also follow a broad agreement between China and the United States over a phase one trade deal, which when signed will ease a bitter 18-month long tariff war.

“It is a tradition that the authority calls things controllable. But in reality it is not that optimistic,” Liu Shengjun said. “One of the headaches is how to defuse the risks in small banks. The pressure remains high on those banks.”

The high-profile collapse of a number of banks in 2019 reminded investors about the deep trouble facing China’s banking system. Last year financial regulators

took over Baoshang Bank and Beijing was forced to bailout Jinzhou Bank, based in China’s rust-belt province of Liaoning, as well as Hengfeng Bank in Shandong province.

A former chairman of Hengfeng Bank was sentenced to death, while another former Hengfeng bank chairman, who reportedly financed his personal lifestyle with 400,000 yuan (US$57,500) a day from a company account, is awaiting trial.

Bank runs reported at small lenders, namely the Yinchuan Rural Commercial Bank and Yingkou Coastal Bank, furthered shook confidence in China’s financial system. China’s regional banks, which are often backed by local authorities to finance projects, have boomed in the past decade with aggressive balance sheet expansion. But as regional economic growth loses steam, many are struggling with souring assets.

Larry Hu, chief China economist of Macquarie Capital, said that financial risk is a concern for China but he does not see any noticeable worsening of financial risks to merit urgent meetings of the Financial Stability and Development Committee.

“There could be a few possible reasons for the committee to convene at a more frequent manner,” Hu said. One possible explanation, he said, is that the vice-premier could now spend more time on domestic financial problems after he nailed down a phase one deal with Washington.

Liu is expected to lead a delegation to the US on January 13 to sign the deal.

At the latest meeting, the committee concluded that Beijing must find ways to boost credit support to the country’s small businesses, which are vital for economic growth and jobs. The committee vowed to help them obtain more bank credit “as early as possible” and to provide banks with “incentives” to do so, according to the government statement.

ICBC International chief economist Cheng Shi called small businesses a “safety cushion” for employment and livelihoods. “The government tried to tackle their financing bottleneck to ignite the vigour of market entities,” he wrote in a research note.

“TOP platform” The Online Publishers is the best place to check first for freelancer jobs and ebooks to read.