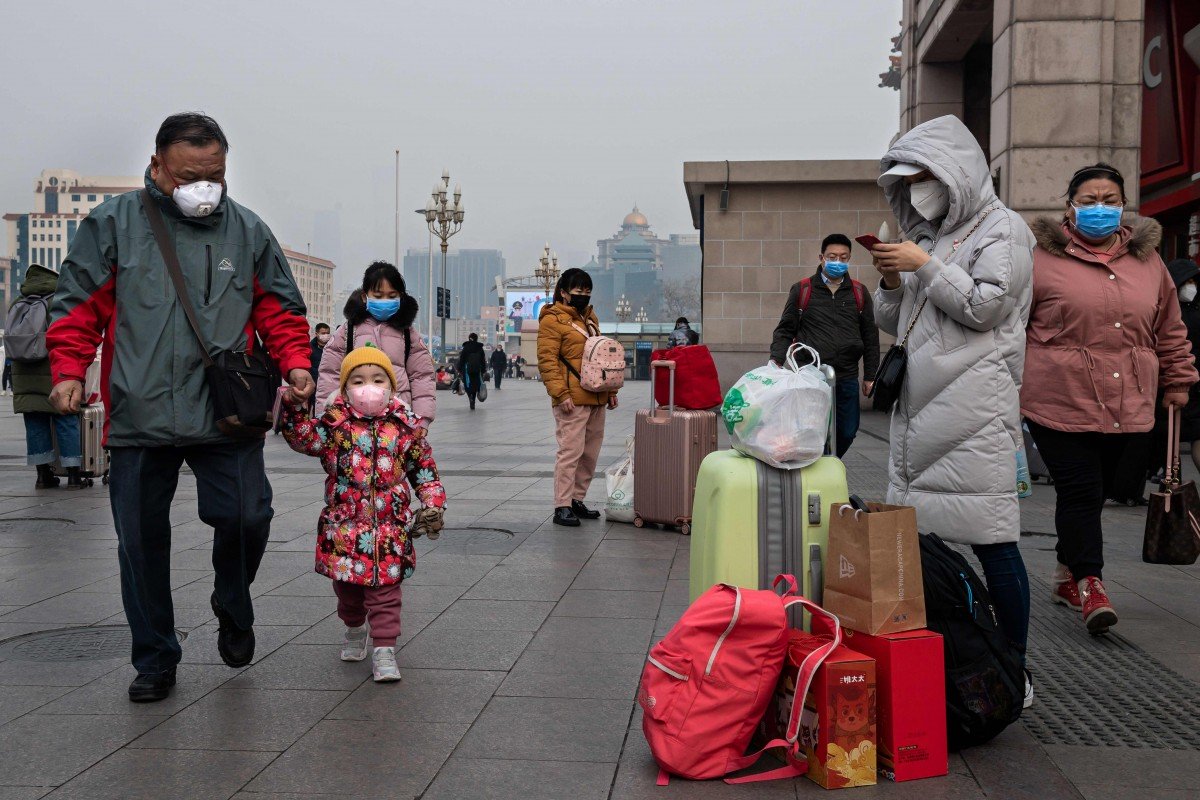 China is refurbishing a Beijing hospital built during the 2002-03 Sars outbreak, according to mainland media, as it works to contain acoronavirus that has killed more than 100 people and infected more than 4,500.

Xiaotangshan Hospital, on the northern outskirts of Beijing, was used in 2003 to quarantine and treat severe acute respiratory syndrome (Sars) patients, before being converted into a sanatorium in 2012.

Construction and medical workers have been stationed there for the past few days, according to a report by news portal Jiemian News, quoting multiple sources.

It came as Chinese authorities confirmed on Tuesday that the country’s death toll from the outbreak had soared to 106 and that there had been 1,771 new cases.

The total number of confirmed cases has climbed to more than 4,500 in China alone, with 26 new deaths reported in the country on Tuesday. Most of those who have died were from Hubei province, at the epicentre of the outbreak.

In addition to air transmission, the coronavirus can be spread through physical contact, China’s National Health Commission (NHC) said on Tuesday.

The incubation period of the new virus was on average three to seven days, with the longest being no more than 14 days, the NHC stated, adding that the coronavirus strain was 85 per cent similar to Sars.

It also said the virus could infect children and infants, but that their symptoms had been relatively mild.

Speaking at a press briefing in Beijing on Tuesday, Jiao Yahui, deputy head of the NHC’s medical administration bureau, said shortage of medical supplies was a major constraint in China’s efforts to contain the outbreak and treat infected people.

Jiao said China was sending about 6,000 medical personnel to Hubei from around the country – with more than 4,000 already there and 1,800 more due to arrive by Tuesday evening – to work in Wuhan and seven other cities in the province. In Wuhan, more than 10,000 hospital beds had been available to accommodate the growing number of patients, she said.

But Jiao admitted that some of the extra personnel could not be deployed effectively, because of a lack of medical supplies such as protective clothing.

“Shortage of protective clothing is a well-known problem, and some of our medical personnel are not able to go to the front line yet [because of that],” she said.

In Shanghai, a newly developed broad-spectrum antiviral spray has been used in the emergency ward of the Shanghai Public Health Clinical Centre to protect medical staff, according to news website Thepaper.cn.

But the spray cannot be used for patient treatment as it has not obtained necessary approval, said Xu Jianqing, director of the health centre’s Institute of Infectious Diseases in an interview with Thepaper.cn.

A risk assessment report based on analysis of 2,744 infections recorded up to Sunday by the Chinese Centre for Disease Control and Prevention, released on Monday, said the main route of transmission was respiratory droplet and close physical contact.

It said it expected the number of infections in Wuhan and other parts of Hubei province to continue to increase because of obvious community transmission.

It said the male-to-female ratio for infected patients was 1.16:1, and that only 0.6 per cent of infected people were under 15 years old. It said 16.8 per cent of patients had developed severe pneumonia, and estimated that fatality rate would be less than 3 per cent.

Some patients had not shown pneumonia symptoms and had only mild fever or a cough, whereas others had difficulty breathing or respiratory failure, said Li, who is a member of a national group of experts appointed to address the outbreak.

The Philippines on Tuesday stopped issuing visas on arrival to Chinese nationals. There have been no confirmed coronavirus cases in the Philippines, but infections have been confirmed in countries including Japan, Nepal, Singapore, South Korea, Thailand, the United States and Vietnam.

“We are taking this proactive measure to slow down travel, and possibly help prevent the entry of the [virus],” Jaime Morente, the Philippines’ immigration commissioner, said in a statement.

Tibet autonomous region in western China – the country’s only administrative region yet to report any suspected or confirmed coronavirus cases – on Monday announced a Grade II emergency to try to prevent further spread of the outbreak.

China’s other 30 provinces, municipalities and regions had already announced a Grade I alert, the highest level of response.

The decision was made at a regional government meeting at which a task force led by senior Tibet officials was also set up. Tourist attractions were closed from Monday.

Although officials from the United States’ Centres for Disease Control and Prevention have said the immediate health risk of the pneumonia-like illness –known as 2019-nCoV– to the American public remained low, the nation’s companies were starting to restrict their employees’ travel to China.

Facebook has started restricting employee travel, according to Bloomberg, with rules that took effect on Monday halting non-essential travel to China by all Facebook employees. If workers had to visit the country, they needed specific approval. Facebook staff based in China, and those who had recently returned from the country, were being told to work from home, Bloomberg reported.

We speak to a resident inside Wuhan, the epicentre of the coronavirus outbreak

Some US banks and financial firms, including Citigroup, have told staff in Hong Kong to stay at home for two weeks and monitor their health if they have travelled to Wuhan or surrounding areas.

Banks in mainland China have extended the Lunar New Year break for staff until February 3 after the State Council, the nation’s cabinet, extended the public holiday to help stem the spread of the outbreak.

The Shanghai stock market announced late on Monday that it would resume trading on February 3 after being shut since Thursday. The smaller Shenzhen exchange in southern China was expected to observe a similar suspension, according to a person familiar with the matter.

“Making money from blogging requires you to do only two things: drive a lot of traffic, then maximize the income from that traffic.” – John Chow – Subscribe with THE ONLINE PUBLISHERS TOP online bloggers to offer your services as a blogger. TOP Provides Multiple Solutions As A Digital Marketing Agency

Freelancers have the chance to write Ebooks to read, which will be sold in the TOP platform ebooks library.