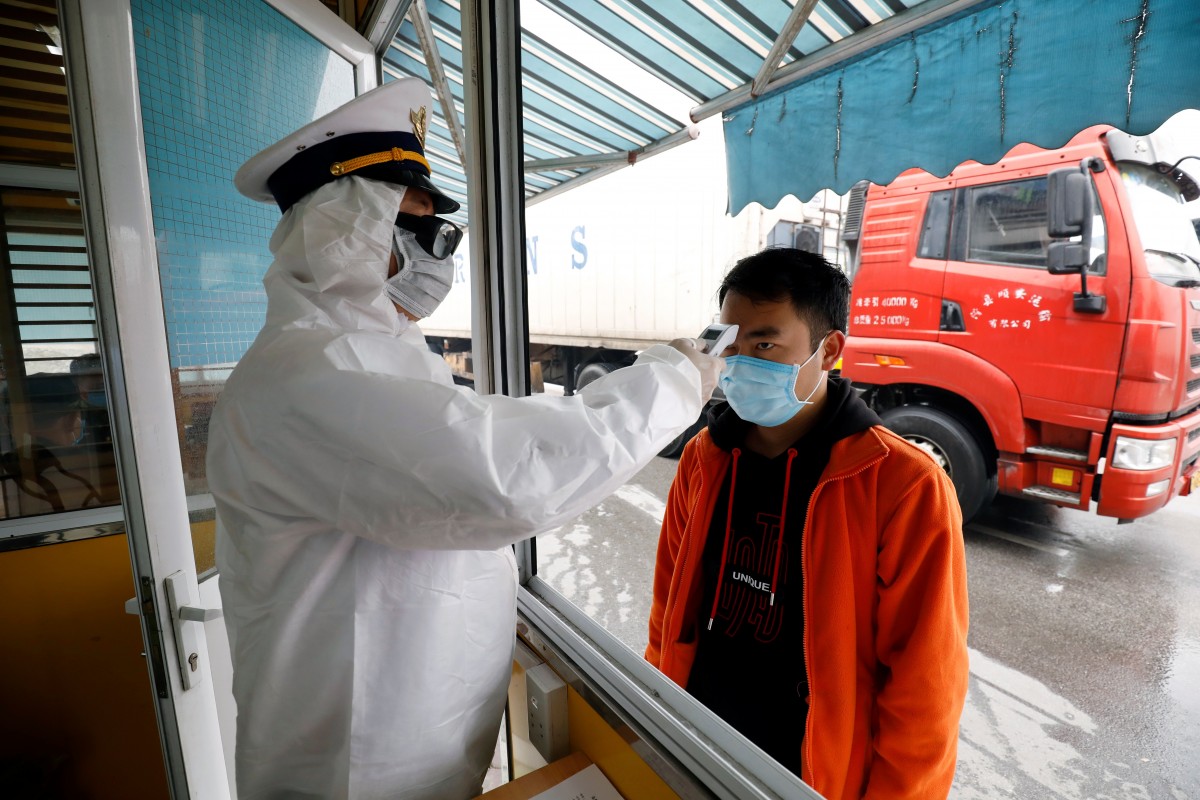 A quick glance at the accounts of his 10,000-person packaging factory in the Vietnamese capital of Hanoi tells Stuart Donegan that the “big wave is coming”.

In addition to its Hanoi site, Donegan’s company, Sino Manufacturing, employs 1,500 at a plant in Ho Chi Minh City in the south of Vietnam, while three other factories in China and Indonesia make packaging for electronic goods, working with two of the world’s five biggest electronics firms.

But with component manufacturing in China – where many of the parts for assembly lines around the world are made – still in varying degrees of shutdown, many
factories in Vietnam are expected to run out of parts over the coming weeks and months.

“If companies like Flextronics and Apple cannot produce products, then they do not need packaging,” Donegan said. “February numbers at my company will be a disaster. We want to get back on track for May or June, but it is uncertain at the moment. We do not have to make lay-offs for a while, we will see where we are at the end of March, but it is all depending on factories reopening in China.”

Along with the dragon fruit and papaya rotting in the sun because of closures along the country’s northern border with China, the apparel factories who cannot get fabrics out of Guangdong, and the electronics assembly lines blazing through components without being able to source replacements, Donegan’s example helps illustrate the massive hit Vietnam is set to take from the coronavirus epidemic that is ransacking Asian supply chains.

And while many remain bullish over the long-term prospects for an economy that has become a poster child for the post-trade war manufacturing exodusfrom China, its continued reliance on its giant neighbour to the north means a succession of virus-induced gut punches are going to be particularly painful in the short-run.
Supply chains are complex, and despite Vietnam’s tariff-induced windfall, companies are now finding out how difficult it is to wean themselves off China.

Around 30 per cent of the components used in Vietnamese manufacturing come from China, which also buys 20 per cent of Vietnam’s agriculture exports, while some 32 per cent of all tourists to Vietnam come from the mainland.

On top of that, South Korean firms such as Samsung and LG have also invested massively in Vietnamese manufacturing over the past decade, with intricate clusters of smaller component manufacturers popping up around them. As well as a blanket ban on flights from China, Vietnam has had to issue targeted travel bans for parts of South Korea, where coronavirus cases have been skyrocketing.

“Northeast Asia’s exposure to mainland China and Southeast Asia through investments means that the supply chain impact on Vietnam is felt heavily by major Northeast Asia corporations such as Samsung and Sony,” wrote Trinh Nguyen, Hong Kong-based senior economist at Natixis, in a paper for the Carnegie Endowment for International Peace this week.

Nguyen estimated that 17 per cent of Vietnam’s total economy is exposed to trade with China, higher than any other country in the region.

Logistics insiders suggest that one of Samsung Electronics’ giant Vietnamese smartphone factories is running at between 50 and 80 per cent capacity, based on the cargo leaving the plants, due to the lack of parts coming from overseas and the fact that some technicians have not been able to return to work. Samsung did not respond to a request for comment.
Samsung accounted for 6.1 per cent of all foreign investment in Vietnam in the 10 years up to 2018 and was responsible for 28 per cent of the country’s total exports in 2017, meaning the downstream effects of an extended slowdown at the Korean giant could be severe.

At the same time, a senior source at a business park in Haiphong, a major industrial city in the northeast of Vietnam, said that a US$1 billion LG plant was “completely closed” last week because of the inability to man the production lines. LG, another Korean electronics giant, could not be reached for comment.

“The deeper you go in the supply chain, the greater the impact,” said Julien Brun, managing director at CEL Consulting, a supply chain advisory firm. “Small companies may have important expertise for the rest of the supply chain, but because of the shortage of goods from China, they will be the first to go.”

The supply chain director for a top three Vietnamese e-commerce company – who due to the sensitivity of the issue, wished to remain anonymous – said that the big multinational companies he works with, including Samsung, Nestle, and Proctor & Gamble, have warned that they may run out of supplies by mid-March, since they cannot source from China.
“We are currently taking advantage of the coronavirus situation since people are worried about going to the physical supermarket,” said the e-commercedirector, who said his platform ran out of health care products such as face masksand hand sanitiser weeks ago. “But this may not last. Small e-commerce platforms will be hit first, but we will be next.”

Even as China comes back online, there will be at least a one-month hole in the accounts for many companies come the end of the year, said Stanley Szeto, executive chairman at Hong Kong-based apparel company, Lever Style.

“In the apparel business, raw materials usually come out of China,” said Szeto, who works with manufacturing partners in Vietnam. “So to the extent that fabric mills and accessory makers cannot come back and produce things, then Vietnamese and Bangladeshi workers will be twiddling their thumbs. Even when China gets back up and running, you are going to have at least a month’s lag in production in Southeast Asia.”

Western companies have also found themselves caught up in the virus’ impact in Vietnam. After the Lunar New Year holiday ended, a series of strikes rocked plants in Haiphong and Ho Chi Minh City, with local workers protesting that returning Chinese migrant workers should not be permitted into employee dormitories.

“We had some downtime from that, but after the workers were quarantined we have been able to get back up and running for now,” said a sourcing director for a US multinational which was affected by the strikes, who asked not to be named. They added that the Chinese shutdown has left his company vulnerable to inventory shortages as far ahead as April and May.

“While some [members] were seeing a light at the end of the tunnel even last weekend. Others were saying that if their suppliers in China do not get back online producing better, they’re going to be impacted from that,” said AmCham executive director Mary Tarnowka.

The ebooks library selection is an impressive one with The Online Publishers “TOP” platform and this hub offers services in multiple languages, more than 60 languages are available for different tasks and services through the platform.