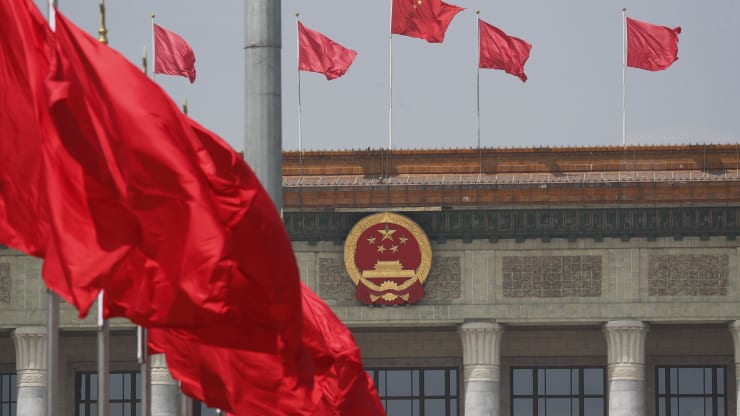 Posted By: Editoron: May 28, 2020In: NewsNo Comments
Print Email

China’s parliament, the National People’s Congress, on Thursday approved the proposal to impose a new national security law for Hong Kong, and paves the way for the legislation to be finalized and implemented in the city.

The NPC voted 2,878 to 1 in favor of the bill, which will pave the way for its Standing Committee — a smaller decision-making body — to proceed to working out details of the legislation to be implemented in Hong Kong. Six abstained from the vote.

Premier Li Keqiang, the country’s second-in-command, said after the vote that the decision to implement the law was “designed for steady implementation of ‘one country, two systems’ and Hong Kong’s long-term prosperity and stability.”

Hong Kong is a special administrative region of China that is ruled under a “one country, two systems” principle, which allows the city some freedoms that those on the mainland do not have. That includes self-governing power, limited election rights, and a largely separate legal and economic framework from mainland China.

Ahead of that decision, protests in Hong Kong reignited. Large crowds in the Chinese territory were out in force after the legislation was first proposed last Friday at the start of the annual parliamentary meeting. The U.S. has criticized Beijing’s move and said it undermines the freedoms and autonomy of Hong Kong, a former British colony that returned to Chinese rule in 1997.

Details of the law are still scarce — but it will target secession, subversion of state power, terrorism activities and foreign interference, the Chinese government has said. The process to enact the law bypasses Hong Kong’s legislature and could take a few months to complete.

In response to China’s approval of the bill, Hong Kong leader Carrie Lam sought to assure the territory’s citizens that their rights and freedoms remained intact. In a statement welcoming Beijing’s decision, she said the legislation “aims to prevent, curb and sanction an extremely small minority of criminals who threaten national security, safeguarding the prosperity and stability of Hong Kong and maintaining ‘One Country, Two Systems.’”

“It will not affect the legitimate rights and freedoms enjoyed by Hong Kong residents. ‘One Country, Two Systems’ has been Hong Kong’s top advantage, and a stable and safe society will provide a favourable business and investment environment,” the statement read.

China’s decision to press ahead with the new legislation — which was widely expected — followed a controversial week that saw protests surge again in Hong Kong after weeks of relative calm as the territory observed social distancing measures during the coronavirus outbreak. On Wednesday, U.S. Secretary of State Mike Pompeo declared that the city was no longer independent from China.

Last year, proposed changes to law that would have allowed extradition to China sparked widespread protests in Hong Kong. That later morphed into broader pro-democracy demonstrations that swamped the city for much of last year, sending its economy into a recession.

Those demonstrations came to a pause earlier this year because of the coronavirus outbreak. But protesters took to the streets over the weekend after Beijing announce its plans for a new national security law in Hong Kong, which once again heightened concerns that China is expanding its control over the city.

Freelance translators have the opportunity to writing as many books and guides as possible for use by other interested parties. After writing the books and guides, you can use online stores like Amazon and eBay to distribute them.