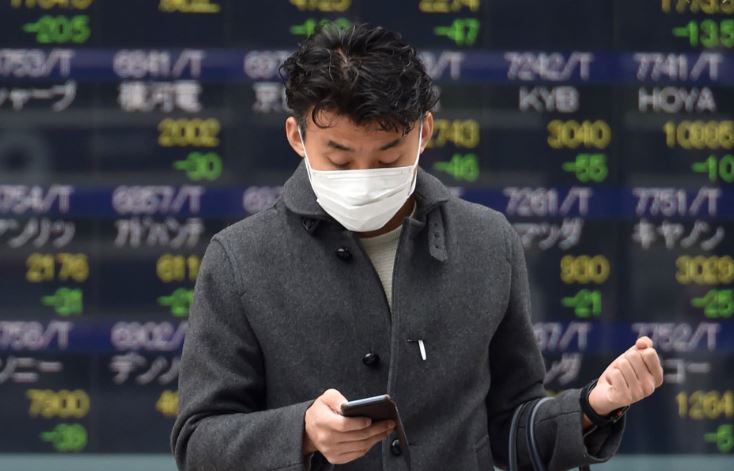 Japan plunges more than 3%, with stocks in Asia dropping as virus fears resurface

Stocks in Asia dropped on Monday as investors weighed the potential impact of recent spikes in coronavirus cases.

Developments surrounding the coronavirus pandemic likely continued to be watched by investors on Monday.

A district in the Chinese capital of Beijing was in a “wartime emergency” after a cluster of infections was found centered around a wholesale market, according to Reuters. Stateside, Texas and North Carolina also reported a record number of virus-related hospitalizations on Saturday.

“As economies reopen, an increase in infection rates is to be expected, the question is whether detecting measures will be efficient enough to allow for localised containment measures without having to shut the whole economy again,” Rodrigo Catril, senior foreign exchange strategist at National Australia Bank, wrote in a note.

Commenting on the recent outbreak in Beijing, independent analyst Fraser Howie said: “I think a harsh lockdown in the way we’ve seen before is unlikely.”

“I think it’s gonna be much tailored,” Howie told CNBC’s “Street Signs” on Monday. “If nothing else, even the Chinese have realized now that locking up hundreds of millions, if not billions, of healthy people and crashing your economy causes a lot of long-term problems that just aren’t solved by reopening at some point in the future.”

“We’ve had a number of sporadic outbreaks and time and time again, I think (the) Chinese government has proven so far that they’ve been able to contain each successive outbreak to manageable level(s),” Johanna Chua, head of Asia economics and strategy at Citi Global Markets Asia, told CNBC on Monday. “Clearly we still need to watch this but I think at the moment I’m still assuming that they have … good kind of measures in place to … keep it under control.”

Oil prices were lower in the afternoon of Asian trading hours, with international benchmark Brent crude futures down 1.86% to $38.01 per barrel. U.S. crude futures also dropped 2.95% to $35.19 per barrel.

The U.S. dollar index, which tracks the greenback against a basket of its peers, was last at 97.152 after rising from levels below 96.5 last week.

Why not commence now by subscribing to TOP website to get to international translators. Amongst the most typical language translation is from German to English, from English to Japanese and Arabic to English. Also Italian- English translation services are available. There is no other better platform other than TOP Translation Company.