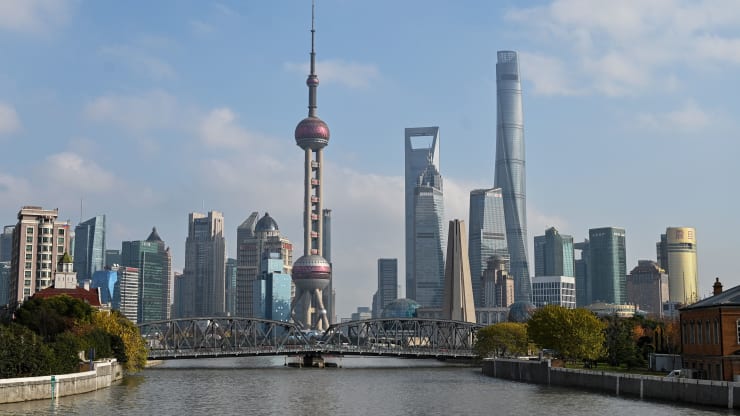 The Chinese bond market is a ‘standout’ globally, says UBS

China’s bond market is the exception, UBS Asset Management’s Hayden Briscoe said, as investors struggle in their hunt for yield.

Major central banks around the world have taken drastic steps, like slashing or maintaining record low interest rates, to shore up financial markets reeling from the coronavirus pandemic.

The yield on the 10-year China government bond last stood at 2.913% as of Friday afternoon Singapore time.

Briscoe explained that a top concern for investors right now is offsetting risk assets. He asked, “With most bond markets close to zero or if not deeply negative in yields, where are you gonna go today?”

“The Chinese bond market, to us, looks like the standout bond market globally today,” Briscoe said.

Asked whether authorities in China have allowed companies to raise money too easily as they seek to spur the economy, Briscoe said: “This is the same story around the world wherever you go.”

“The U.S. has done exactly the same thing. Europe’s doing the same thing,” he said. “Every continent around the world is looking to making sure that these corporates can survive, they can open the doors again and then they get the workers back in and then start producing again.”

In fact, Briscoe added, the Chinese government has been “a lot more controlled” than expected.

“You will see a buildup in debt here but you won’t see anything like what you’ve seen in Europe or the U.S. It’s a lot more balanced,” he said.

Historically, Briscoe said, a “huge buildup” would be observed in the shadow banking sector as well as a lot of infrastructure investment spending. “We half expected that in the early part of this, back in January and February. That would’ve been the playbook,” Briscoe said.

TOP platform is one of the best in regard to connecting those who are looking for an opportunity with social media marketing success, with the best social media influencers who can help them get there. Creating viral content isn’t easy, earning a large audience isn’t easy either, it takes hard work. There is a true value in having that audience and social media influencers are looking to share valuable information with those audiences about different products or brands.