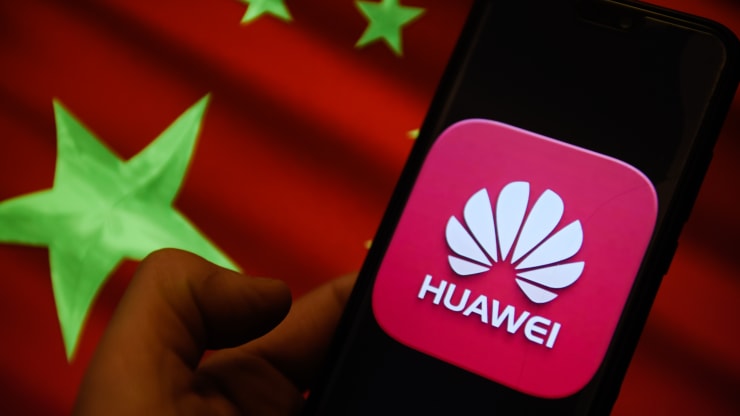 Huawei could be banned from participating in India’s 5G network rollout, just months after it was given the green light to participate in the country’s trials for the technology.

It comes after the Indian government said it would block 59 Chinese apps such as TikTok and WeChat, claiming they were a threat to national security.

As part of those discussions, Indian government ministers discussed the country’s 5G rollout plans and whether Chinese telecommunications equipment giants Huawei and ZTE should be allowed to participate, according to a report from the Times of India.

India’s Ministry of Electronics and Information Technology, as well as Chinese firms Huawei and ZTE, were not immediately available for comment.

5G refers to the next-generation mobile networks that promise super-fast download speeds and the ability to support critical infrastructure. India has lagged behind in its rollout of the technology, while other countries like South Korea and China have powered ahead.

In December, India said it would allow all vendors to participate in 5G trials with vendors. But the latest report of a potential ban on the Chinese firms appears to be a U-turn.

Tensions between India and China have been rising over their disputed border high in the Western Himalayas and a clash earlier this month left 20 Indian soldiers dead.

“The China-India … dispute, compounded with the economic stress caused due to the (coronavirus) pandemic, has likely forced the government thinking to adopt a strategy similar to U.S. to potentially retaliate in a way where it would hurt China the most,” Neil Shah, research director at Counterpoint Research.

India’s biggest mobile network, Reliance Jio, uses Samsung for its older 4G network. The other two largest players — Bharti Airtel and Vodafone Idea — use a mixture of vendors including Huawei. All three carriers have submitted applications to do 5G tests with various vendors including Huawei, Indian publication the Financial Express reported this month.

Huawei gear makes up one-third of Bharti Airtel’s current network and 40% of Vodafone Idea’s network, according to Counterpoint Research.

It would be a “significant loss” for Huawei and ZTE if the government goes ahead and bans them, Shah said.

All three Indian telcos were not immediately available for comment.

For about a year and a half, the U.S. government has been pressuring countries to block Huawei from their 5G networks, alleging that its gear could be used by Beijing to spy on citizens of foreign nations. Huawei has repeatedly denied that it would let this happen.

On June 24., U.S. Secretary of State Mike Pompeo declared that “the tide is turning against Huawei as citizens around the world are waking up to the danger of the Chinese Communist Party’s surveillance state.”

The latest report that India is assessing whether to ban Huawei and ZTE will likely add to Pompeo’s confidence.

Washington’s efforts have yielded mixed results so far. Some countries such as Australia and Japan following suit, while others like U.K. allowing the Chinese giant limited participation in its 5G rollout. But it appears more countries and mobile carriers are beginning to shun Huawei — a sign that the U.S. campaign could be working.

Telus and BCE, two of the big carriers in Canada have chosen Ericsson and Nokia to build their 5G network. Canada’s government has yet to make a decision as to whether Huawei will be excluded from the nation’s 5G rollout.

Britain is also reassessing its stance on Huawei. The U.K.’s National Cyber Security Center (NCSC), which is part of  intelligence agency GCHQ, launched an emergency review of Huawei’s role in May, following new U.S. sanctions on the firm.

One Planet is one of the world’s fastest-growing translation companies. The company’s translation services are provided in over 65 languages, with over fifty thousand highly multilingual and proficient professionals.