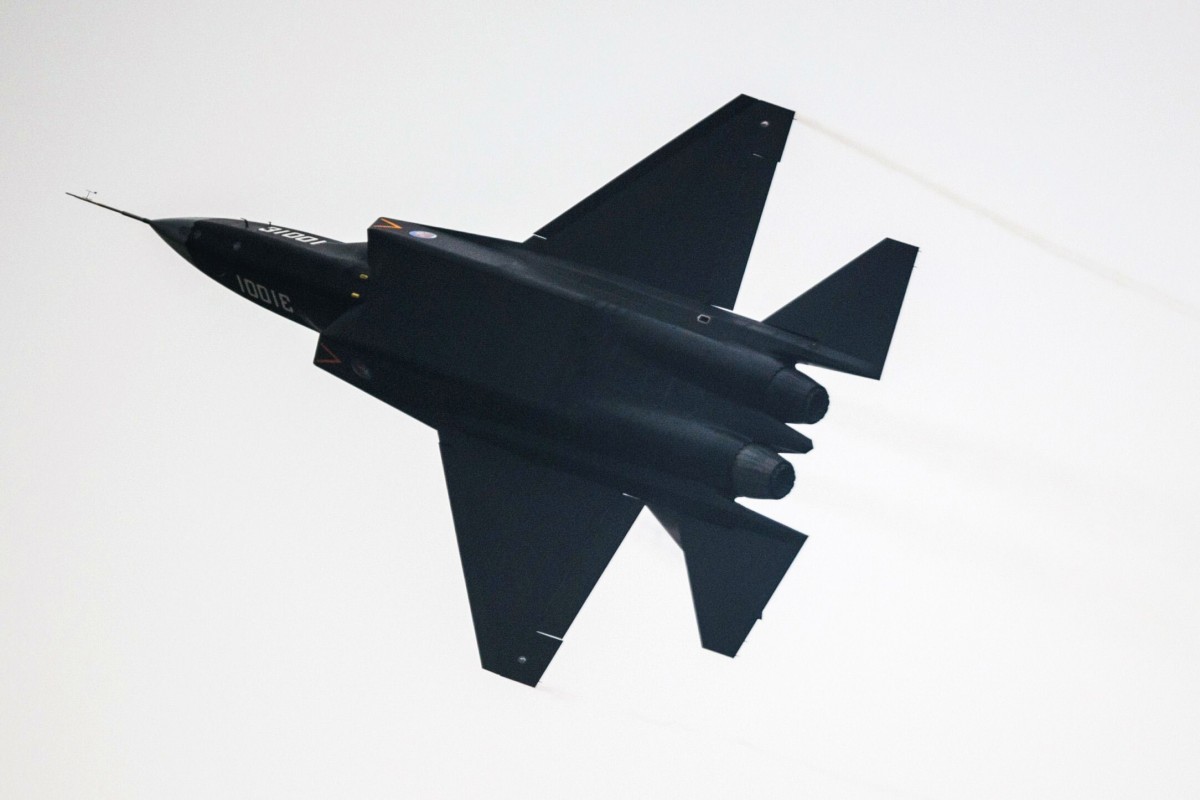 A Chinese aviation firm has said it hopes to start testing a new jet next year, prompting speculation that it may be working on a naval version of the FC-31.

The fifth generation fighter, also known as the Gyrfalcon, has so far failed to attract buyers from the Chinese air force or foreign militaries, but defence analysts said it may be possible to adapt it for the new generation of Chinese carriers.

Social media posts by the Chinese Aeronautical Establishment, the research and development branch of the Aviation Industry Corporation of China, said its plans to develop a new fighter were still on track despite the impact of the Covid-19 outbreak.

“Judging by current progress, our work can be delivered on schedule and the test flight of the new type aircraft can be guaranteed without delay,” it said, without specifying the type of fighter it is developing.

This new type of jet is probably the naval version of FC-31, a fifth-generation stealth fighter, according to military analysts.

In the report, the CAE said its staff were working together with the Institute 601, or Shenyang Aircraft Corporation, the maker of the FC-31 and the J-15, the fighter currently used by the navy.

The FC-31 is the second domestically produced stealth fighter and was designed to match the American Lockheed Martin F-35 and has broadly similar specifications.

The FC-31 made its maiden flight in 2012 and has appeared at a number of air shows in the hope of attracting foreign buyers, but has failed to attract any. The Chinese air force has also declined to place any orders, even though it was primarily designed for use by the service.

The prototype aircraft has since undergone a few major visible modifications, according to witness photos from its test flights as well as the official models displayed at air shows, and defence analysts said it could be adapted for use on aircraft carriers.

The project to develop a new fighter suggests that the developer is now focusing on a naval version,

So far both active Chinese aircraft carriers, Liaoning and Shandong, have only ski jump decks, but the next-generation carriers will use a catapult launch system and there is an ongoing debate about whether the FC-31 or the rival J-20 will make a better fit.

These should make it easier to adapt for use on carriers, but unlike the J-20 it has yet to enter service and prove its capabilities.

Whichever wins the naval stealth fighter order, it will be China’s first independently designed ship-borne fighter, as the J-15 was based on a Sukhoi Su-33 prototype, the T-10K.

Shi said the J-20 was the PLA air force’s favoured fighter and had been given priority in terms of investment and resources.

But a recently spotted modification on the FC-31 prototype in a test flight might suggest the PLAN has stepped in to speed up its development.

But Shi conceded that even if the naval variation enters testing next year, the developers will be a long way from adapting it for carrier landings and also identified a problem that has afflicted many Chinese warplanes.

“The key difficulty will still be the same old problem for Chinese fighters, the engine.”

Chinese engineers have long  struggled to produce state-of-the-art modern engines and some fighters have had to use Russian-built engines.

The existing FC-31 prototypes currently use a WS-13 engine, which is based on a 1970s Soviet design and is seen as limiting its effectiveness and stealth capabilities, and if it enters service it will need a more modern engine.

The Online Publishers “TOP” platform has established valuable relationships with photographers who take amazing pictures. These get included eventually in the stock of photos that you get to choose from. Whenever you select a photo you will also be able to know that you are the only one buying it. That’s right, you don’t need to worry about seeing multiples out there, it won’t be offered on any other site.