Latest News
Home Economy Goldman Sachs sees the Chinese yuan strengthening to 6.70 against the dollar in the next 12 months 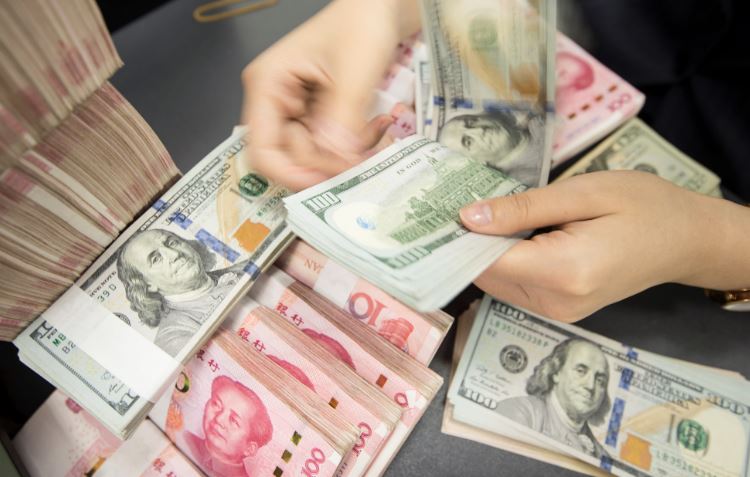 Goldman Sachs sees the Chinese yuan strengthening to 6.70 against the dollar in the next 12 months

The Chinese yuan is set to see a sizable appreciation against the greenback in the next 12 months, according to Zach Pandl, co-head of global foreign exchange, rates and emerging market strategy at Goldman Sachs.

Pandl forecasts the Chinese currency could hit 6.70 per dollar in the next 12 months, “primarily through the health of the Chinese economy.”

That compares against current levels of 6.9973 per dollar for the onshore yuan, as of Wednesday morning Singapore time. Meanwhile, its offshore counterpart changed hands at 6.9971 against the greenback.

“I think the domestic picture in China actually looks pretty solid,” the strategist told CNBC’s “Squawk Box Asia.” He said the country is seeing a “pretty good rebound” from the shock of the coronavirus pandemic.

The earliest reported cases of the virus were found in China. Authorities in the country swiftly put in place lockdown measures to curb the disease’s spread, denting the economy in the process. Data releases out of the country have been watched by investors for clues surrounding the recovery of China’s economy.

Following Pandl’s interview with CNBC, data released later on Tuesday showed China’s exports and imports rising in June, beating expectations for a decline. Other recent data releases have also pointed to rising Chinese manufacturing activity, with both the official and Caixin/Markit Purchasing Manager’s Indexes for June showing an expansion in the sector.

“The only thing holding us back really from enthusiasm around the currency is tensions with the United States ahead of the November election,” Pandl said.

“If I could set those aside, and I think when you look 12 months ahead you can look through that to some degree,” he added. “I think it actually does look like a pretty reasonable outlook for the yuan here.”

Looking at the downside risks ahead for the Chinese currency, Pandl said there were two factors that he was focused on.

The first was the situation surrounding the coronavirus, the strategist said.

“I think we need to recognize that the U.S. dollar is a safe-haven and tends to go up against almost all currencies when the global economy’s turning over,” Pandl said. “If we find out that we don’t really have the virus under control, we’re going back into a double-dip recession … that would be major risk for all our currency forecasts.”

The second factor Pandl cited was the relationship between Beijing and Washington ahead of elections stateside in November.

“President Trump has expressed unhappiness with Chinese policy on a variety of fronts and that could result in policy measures, and certainly some statements from the U.S. side ahead of the November election,” he said.

Asked what could happen if former U.S. Vice President Joe Biden is elected come November, Pandl said it would “primarily” result in a difference in tactics rather the relationship.

“I don’t think Biden is going to approach the bilateral relationship in a completely different way, but his tactics will be quite a bit different,” the strategist said.

With Biden appearing to “have a lower appetite for tariffs,” Pandl said there’s a “higher chance” the duties imposed amid the U.S.-China trade war could be rescinded if the former vice president gets elected.

“That’s positive for the yuan as well.” he said.

Running a successful blog in a particular niche means you are an expert in that field. You are already writing eBooks, remember! So why should you not consider branching this expertise further to become a consultant or coach? For instance, if your blog posts are all about home improvement and roofing, you could offer interior design consulting services.