Latest News
Home Economy U.S.-China war of words will be ‘tough and scary’ through the election, Jim O’Neill says 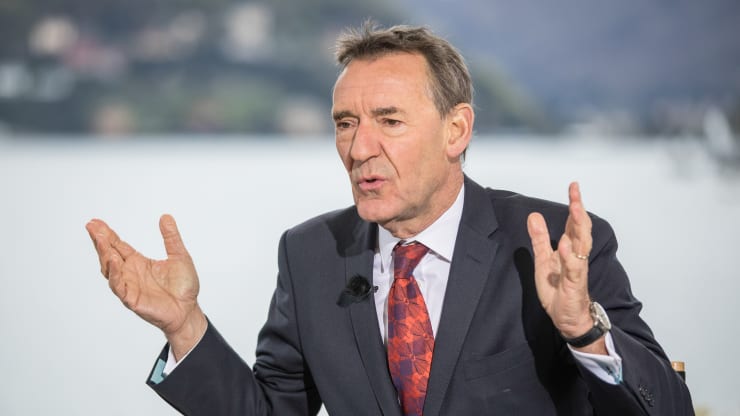 U.S.-China war of words will be ‘tough and scary’ through the election, Jim O’Neill says

The world’s two largest economies appear set to dial up their exchange of sharp language ahead of the U.S. presidential election in November, according to the former chairman of Goldman Sachs Asset Management.

It has amplified concerns about whether simmering diplomatic tensions between the U.S. and China could soon spill over.

China’s Foreign Ministry announced on Friday that it is revoking the license for the U.S. consulate general in the southwestern city of Chengdu. The retaliatory move came shortly after the U.S. had ordered China to close its consulate in Houston.

When asked on Friday by CNBC’s Julianna Tatelbaum how he would describe the current state of relations between the two nations, Chatham House Chair Jim O’Neill replied: “Not good.”

“Given the degree to which the opinion polls appear to be suggesting how far behind Donald Trump is, I suspect we are going to have this on a reoccurring, erratic basis between now and the election,” O’Neill continued.

“I certainly think the rhetoric is going to be repeatedly tough and scary but, whether it will be followed through with deed and action, I’m not so sure. I hope not, because it wouldn’t really serve much benefit for the United States or the world.”

China’s Foreign Ministry has described the situation between Washington and Beijing as “something the Chinese side does not want to see,” according to a CNBC translation of an online Chinese-language statement. Beijing also claimed the responsibility “lies entirely with the U.S. side.”

U.S. State Department spokesperson Morgan Ortagus said Wednesday that the directive to close the Chinese consulate in Houston was designed to protect American intellectual property and the private information of its citizens.

Ortagus added that the decision was made to show it would not tolerate the People’s Republic of China’s violations of U.S. sovereignty.

Diplomatic relations between the U.S. and China have sunk to their lowest level in decades.

In addition to their trade war, the two sides have traded barbs about the origin of the coronavirus pandemic and sparred over China’s move to implement a national security law in Hong Kong.

The U.S. has also sought to block shipments of semiconductors to Huawei Technologies from global chipmakers, as scrutiny on Chinese technology firms intensifies.

Peter Toogood, chief investment officer at The Embark Group, told CNBC’s “Squawk Box Europe” on Friday that he was also “very wary” about the escalating political tensions between the two superpowers.

“That is going to get a little bit rattly between now and the end of the year, I would say. So, be very wary of that. I think it is very real,” Toogood said.

U.S. Secretary of State Mike Pompeo delivered a sweeping address at the Richard Nixon Presidential Library on Thursday, saying the U.S. would no longer tolerate Beijing’s playbook to usurp global order and calling on allies to “induce China to change.”

Speaking to CNBC’s “Street Signs Europe” on Friday about the global order, O’Neill said: “It is very difficult for the Chinese — some of it partly legitimate, some it more superficial — to play the kind of role that you would expect from such an important nation globally.”

“And with the relative rise of China and the relative decline of Europe in particular but also to some degree the States, as we are seeing across the board, the world is struggling with any of its major post-war institutions to show the right kind of collective governance and leadership.”

“I don’t think the Chinese are entirely comfortable about trying to fill that role and I don’t quite know how we solve this challenge for quite some time,” O’Neill said.

TOP Platform has an incredible service that is known as the “Trend it” service and it essentially allows you to trend your posts across social media anywhere and in any language. You might have thought that this was impossible because for the average user who spends time online it can be very difficult to post content that goes viral.