Latest News
Home Business 3 charts show China is far from meeting its ‘phase one’ trade commitment to the U.S. 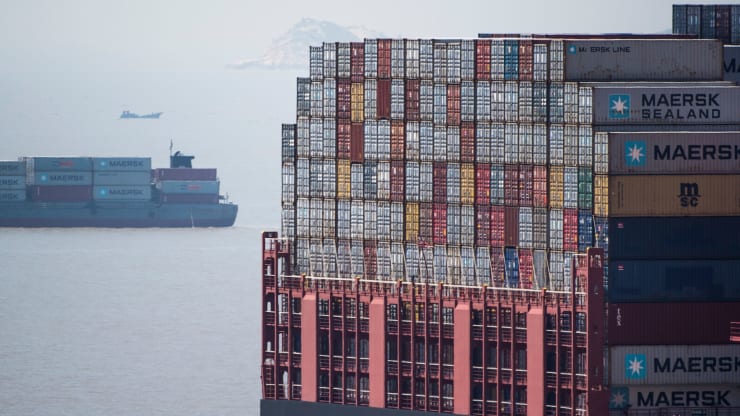 3 charts show China is far from meeting its ‘phase one’ trade commitment to the U.S.

The U.S. and China will reportedly review the progress of their “phase one” trade deal later this week — roughly six months after the agreement came into effect.

The deal paused a damaging trade war — involving retaliatory tariffs being slapped on billions of dollars worth of goods — between the world’s top two economies that started in 2018.

Among other things, the phase one agreement aims to address concerns over alleged intellectual property theft and forced technology transfers by China. But the centerpiece of the deal is China’s commitment to buy at least $200 billion more in U.S. goods and services over 2020 and 2021 on top of its purchases in 2017.

Even before the deal was signed, some experts said it was not realistic for China to increase its purchases of U.S. goods and services by that amount. That obligation has become even more difficult to meet as the coronavirus outbreak led to a plunge in Chinese demand.

According to the trade agreement, China will meet its commitments by:

Both Chinese and U.S. official trade data will be used to determine whether the targets are met, the agreement said.

Even though they refer to the same thing, statistics on U.S. exports to China often don’t mirror that of Chinese imports from the U.S. That’s partly due to different data collection method and standards in the two countries.

According to Peterson Institute for International Economics, China should buy a total of $142.7 billion of American goods by the end of this year, as agreed under the deal, if measured using U.S. exports data.

Using the official Chinese import data, Beijing’s purchase of those products this year should amount to $172.7 billion, said the think tank.

But in the first half of 2020, China bought less than a quarter of the targeted full-year amount of U.S. products based on both sets of statistics, data compiled by PIIE showed. The data doesn’t include China’s purchase of U.S. services because those are not reported on a monthly basis, said the think tank.

Deal not likely to break down

Breaking down by the types of goods, the PIIE found that China is far from meeting its commitment in all product categories. The Asian economic giant showed the least progress in its purchase of U.S. energy products in the first six months of this year, according to the data.

Kudlow also denied that the phase one trade deal would be voided given the recent deterioration in U.S.-China ties, according to the report. U.S. and China relations have deteriorated significantly in recent months, as both sides hit out at each other over a wider range of issues including where the coronavirus first originated, and the autonomy of Hong Kong.

Other observers said it’s not in the interest of the U.S. to renew a tariff fight with China given its battered economy.

“We do think that they’re likely to restrain themselves in any action on the trade front,” Kelvin Tay, regional chief investment officer at UBS Global Wealth Management, “Street Signs Asia” on Wednesday.

“Don’t forget that if you increase tariffs further from here, the impact on the U.S. economy is probably going to be worse than … how it might actually affect the Chinese economy because the Chinese economy, as you can see in the second quarter, has actually been recovering quite well,” he added.