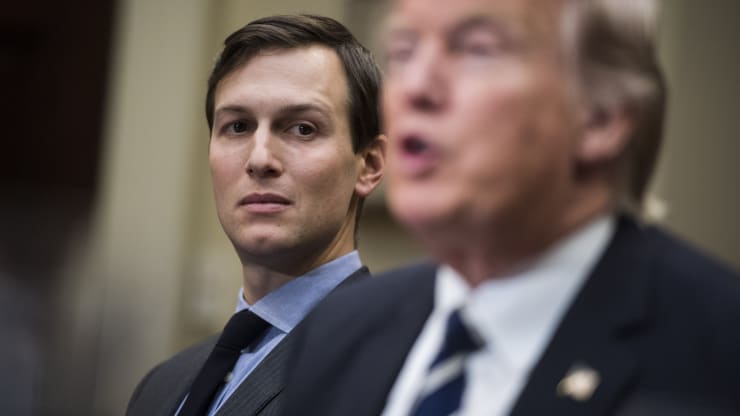 White House senior advisor and the U.S. president’s son-in-law, Jared Kushner, has defended the Trump administration’s strategy to combat the coronavirus pandemic, saying others have tried to use the crisis to “play politics” — but not President Donald Trump.

“Some people have chosen to play politics with the pandemic, President Trump has opted not to politicize it and he’s done everything possible to try to figure how to help people get whatever care they need,” Kushner told in an exclusive interview on Friday.

“This is a global pandemic, it came from China into our country. It’s ravaged many countries throughout the world and I think President Trump has dealt with it in a very responsible way,” he added.

In February, when there were just three cases of Covid-19 in the U.S., Trump accused the Democrats of politicizing the virus and using it as a “new hoax” to damage his reputation.

Since then, the coronavirus has infected more than 21.5 million people worldwide and killed at least 773,000 people, according to data compiled by Johns Hopkins University. The U.S. is the worst-hit nation and accounts for about 25% of the global cases reported so far.

Asked by Hadley Gamble whether it had been a mistake for the U.S. not to have a national program to fight the virus, Kushner said the government oversaw the procurement, production and distribution of resources needed during the pandemic, such as masks and ventilators.

“With regards to a national strategy, the job of the federal government was to get the resources that the country needed,” he said.

“You heard all these hysterical reports about doctors on the front lines not being able to get masks, not having enough ventilators, you had governors requesting a lot more ventilators than they needed, and again, every patient in America that needed a ventilator got a ventilator, President Trump distributed them properly,” Kushner told  Hadley Gamble.

The U.S. government has been criticized over its handling of the coronavirus epidemic, where over 5.4 million confirmed cases of the virus have now been recorded and where there have been over 170,000 deaths, according to Hopkins’ data on Sunday.

Kushner led a coronavirus response task force aimed at securing protective gear for medical workers and devising a national testing plan. His task force, which parallels the government’s official task force spearheaded by Vice President Mike Pence, was accused of inexperience and a lack of transparency over its dealings.

It was widely reported that a national strategy over testing was dropped in favor of a state-by-state response to make the Democratic governors in some of the hardest-hit states look bad. The White House denied those allegations.

Kushner insisted that the Trump administration had ensured an adequate supply of resources to states, but that it did not want to take over their decision-making.

“The federal government has done a lot to stimulate the supply (of resources). Every governor that has needed resources, we’ve dealt with them and we’ve done it. Governors run the states … President Trump from Washington is not going to tell them how to run their states.”

Asked if there were any regrets about the White House’s approach, Kushner said “there’s always things you could do differently. He did not elaborate further.

“But again, this is an unprecedented challenge and I think he’s (Trump’s) made a lot of right decisions … we have 50 states, which means you have 50 CEOs, and his job is to work with all of them,” he added.

Unless you enjoy writing and can produce relevant and interesting content, blogging could prove hard for you. If you can write great content then you could make a lot of money from your blog by selling a range of freelance writing services – copyrighting, proofreading, etc. Use your blog to prove to your prospective clients that you can write fabulous content.