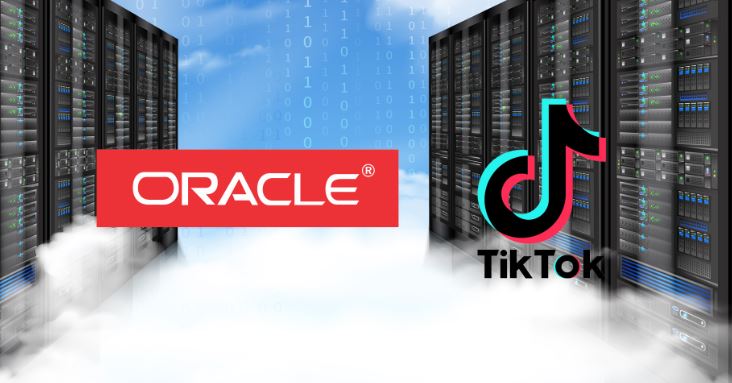 Oracle’s stock surged Monday after reports that China-based ByteDance has chosen it to be TikTok’s U.S. technology partner.

A person familiar with the discussionsthat ByteDance picked the Oracle to be the U.S. partner of the popular social video app. Oracle also will take a significant stake in the business, the person said. Earlier Sunday, Microsoft said ByteDance had chosen not to sell it TikTok’s U.S. assets.

The White House had imposed a Sept. 20 deadline for ByteDance to announce a plan for a sale of TikTok in the U.S. or be banned by Sept. 29, and a deal would have to be done by Nov. 12.

“ByteDance let us know today they would not be selling TikTok’s US operations to Microsoft,” Microsoft said in a blog post. “We are confident our proposal would have been good for TikTok’s users, while protecting national security interests. To do this, we would have made significant changes to ensure the service met the highest standards for security, privacy, online safety, and combatting disinformation, and we made these principles clear in our August statement. We look forward to seeing how the service evolves in these important areas.”

On Thursday, following reports about Oracle’s interest in TikTok, Oracle CEO Safra Catz began the company’s quarterly earnings call with analysts by saying, “Before I start, I want to make sure you understand that we will be making no comments regarding the press reports about TikTok. So there’s no need to ask.” Oracle was interested in doing a deal alongside General Atlantic and Sequoia Capital, both of which have representation on ByteDance’s board, the Financial Times reported.

Microsoft said on Aug. 2 that it was in talks to buy TikTok in the U.S., Canada, Australia and New Zealand. Weeks later Walmart said it believed working with Microsoft on a possible TikTok deal could be positive for TikTok users and for regulators.

Microsoft’s failure to buy TikTok amounts to a symbolic loss for Satya Nadella, who took over Microsoft from Steve Ballmer in 2014. Under Ballmer, Microsoft had sought to buy Yahoo in 2008 but ultimately withdrew the bid after Yahoo rejected the offer, even as Microsoft increased the amount it was willing to pay.

TikTok generates revenue through advertisements it shows to people scrolling through videos displayed in the app. Microsoft has its own advertising business, including the Bing search engine. Nadella worked on advertising, among other areas, before he became CEO.

Oracle has important ties to Trump’s administration. Catz was a member of President Trump’s transition team, and Ellison hosted a fundraising event for Trump’s election campaign at one of his California homes earlier this year. Leon Panetta, a director of the Central Intelligence Agency and secretary of the Defense Department under President Obama, sits on Oracle’s board.

For its part, Walmart said it is still interested in a TikTok investment.

“Walmart continues to have an interest in a TikTok investment and continues discussions with ByteDance leadership and other interested parties. We know that any approved deal must satisfy all regulatory and national security concerns,” the retailer said in a statement.

Using banner advertising, you can control your expenses and apply a prepaid budget depending on the company with which you work. You can get insightful trends and track conversions from banner ads because internet marketing is so scalable. ONLINE BANNER ADVERTISING STILL WORKS