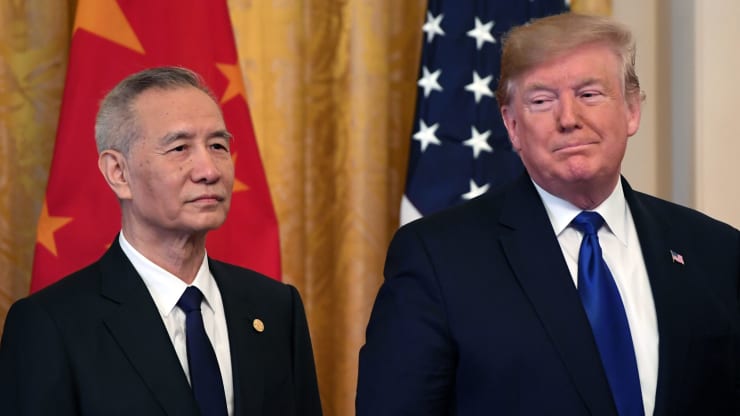 The World Trade Organization ruled that additional tariffs imposed in 2018 by the United States on Chinese goods violated international trading rules, a blow to the Trump administration’s trade war against the world’s second-largest economy.

A three-person panel of WTO trade experts said Washington broke with global regulations in 2018 when it slapped more than $200 billion in levies on a slew of Chinese goods. Since March 2018, the U.S. has imposed tariffs on $400 billion in Chinese exports.

“The United States has not met its burden of demonstrating that the measures are provisionally justified,” the panel said in a report. The panel offered an additional observation, saying the group was “very much aware of the wider context in which the WTO system currently operates, which is one reflecting a range of unprecedented global trade tensions.”

The Chinese Embassy in Washington did not immediately respond to CNBC’s request for comment.

“The multilateral trading system with the WTO at its core is the cornerstone of international trade,” a spokesperson for China’s Ministry of Commerce told reporters during a news conference.

“China has always firmly supported and maintained this cornerstone and respected WTO rules and rulings,” the spokesperson said, adding that Beijing “hopes that the United States will fully respect the rulings of the expert panel and the rules-based multilateral trading system, take practical actions to meet China and other WTO members, jointly maintain the multilateral trading system, and promote the stable and healthy development of the world economy.”

The Trump administration has previously claimed that the tariffs on China were necessary to curb Beijing’s unfair trading practices and intellectual property theft. The United States trade representative reiterated those claims Tuesday on the heels of the WTO’s decision.

“This panel report confirms what the Trump administration has been saying for four years: The WTO is completely inadequate to stop China’s harmful technology practices,” U.S. Trade Representative Ambassador Robert Lighthizer said in a statement. “The United States must be allowed to defend itself against unfair trade practices, and the Trump Administration will not let China use the WTO to take advantage of American workers, businesses, farmers, and ranchers.”

All told, Washington has 60 days to appeal the decision under WTO rules. The move could trigger Beijing to ask the organization to adjudicate which, could last over a period of several years.

Nearly a year ago, in an address to the United Nations General Assembly in New York, President Donald Trump argued that the Geneva-based WTO needs “drastic change” to counter cheating from China and other nations.

“For years these abuses were tolerated, ignored or even encouraged,” Trump said in September 2019. He also said that the United States will not accept a “bad deal” in trade talks with China and that he did not need a deal before the 2020 election.

“Hopefully we can reach an agreement that will be beneficial for both countries. But as I have made very clear I will not accept a bad deal for the American people,” Trump said, prompting no reaction from the Chinese delegation watching.

When creating or designing an advertisement, a good way to start is identifying the competitive advantage of your brand or product. Who are your competitors? WHAT ARE THE FEATURES OF A SUCCESSFUL ADVERTISEMENT?