Latest News
Home Business U.S.-China investment flows hit their lowest in 9 years as companies feel the pressure to pull out 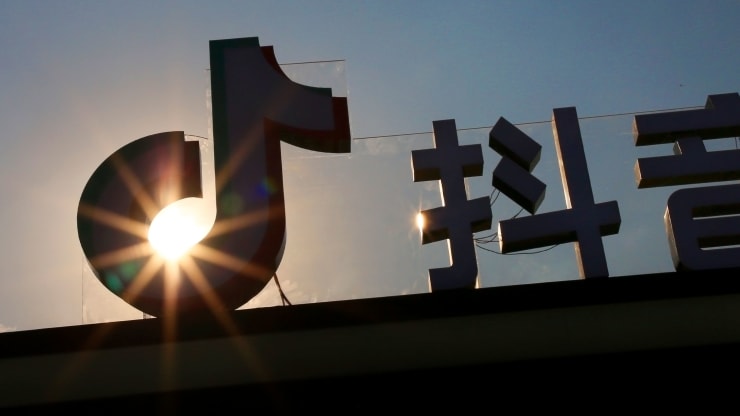 U.S.-China investment flows hit their lowest in 9 years as companies feel the pressure to pull out

The haggling over TikTok is the latest signal of a change in U.S.-China deal-making: rather than buying each other, companies may soon be looking to sell their cross-border holdings.

Amid the shock of the coronavirus pandemic and escalating U.S.-China tensions in the first half of this year, the total value of foreign direct investment and venture capital deals between the two countries fell to a near nine-year low, research and consulting firm Rhodium Group said in a report Thursday. The research said the $10.9 billion in deals for the January to June period was the lowest since the second half of 2011.

The decline continues a trend of the last three years, reversing a flurry of mergers and acquisitions by Chinese conglomerates in the U.S. that included purchases such as the Waldorf Astoria in New York.

Both countries have had a part to play in this development. The Chinese government has sought to limit capital outflows, while U.S. President Donald Trump — who is seeking re-election in this November’s election — has increased scrutiny on Chinese purchases of American assets.

The total announced Chinese divestitures in the U.S. have amounted to $76 billion in the last 20 years, with the bulk occurring in the last two years, according to Rhodium’s analysis.

The latest ongoing high-profile case involves Beijing-based ByteDance, which acquired short-video app Musical.ly in late 2017. ByteDance subsequently merged the users of the U.S.-focused start-up onto one app called TikTok that has exploded in popularity worldwide. Citing concerns about data security, Trump issued an executive order in August requiring ByteDance to divest its interests in the U.S.

After rejecting a bid from Microsoft, TikTok is expected to list its global operations publicly on a U.S. stock exchange, with U.S. software company Oracle and retail giant Walmart set to take stakes, sources.

Trend could last beyond U.S. election

There will likely be more political pressure for Chinese stakeholders to sell out to American businesses.

The Rhodium report noted the Committee on Foreign Investment in the United States (CFIUS) is stepping up its scrutiny of Chinese investments in the country to include a retroactive review of transactions that were not submitted voluntarily.

And companies were far from eager to pursue cross-border deals in the first half of the year.

Completed U.S. direct investment into China fell 31% to $4.1 billion, while Chinese investment into the U.S. would have plunged if not for Tencent’s $3.4 billion minority stake in Universal Music, the report said. With the technology giant’s purchase, Chinese businesses completed direct investments of $4.7 billion into the U.S. in the first half of the year, up from $3.4 billion a year ago, according to Rhodium.

“Flows are unlikely to recover in (the second half) amidst persisting systemic concerns and US election politics,” the authors of the report wrote.

Although they expect some pressure to subside following the election, they said, “systematic concerns driving caution on Chinese investment in high technology, critical infrastructure and personal data assets will not subside.”

“China’s new ‘internal circulation’ campaign suggests that Beijing reads the writing on the wall to mean less two-way engagement with the world, especially the US, in the years ahead,” they added.

Chinese authorities are also increasing scrutiny on inward flows, according to a separate report co-released this week by the Rhodium Group.

The quarterly review of China’s progress on economic reform is called “The China Dashboard” and released by the Asia Society Policy Institute and the Rhodium Group.

Analysts said in the report that regulators “disproportionally targeted foreign firms in their merger reviews” in the first three months of this year.

The share of foreign-involved deals subjected to review soared to 32% — the highest on record, the report said, adding that fewer than 10% of domestic deals faced such scrutiny. It noted that deals tied to overseas firms fell 17% year-on-year to 151, while domestic deals declined 9% year-on-year to 324 as a result of the coronavirus pandemic.

In public, China’s top government leaders and various departments have emphasized efforts to support foreign direct investment into the country. Data from the Ministry of Commerce showed actual use of foreign capital rose 15% year-on-year in August, bringing the year-to-date change to near break-even at negative 0.3%.

“We had unprecedented access to the Chinese leadership over the last month,” Joerg Wuttke, president of the European Union Chamber of Commerce in China, told reporters last week. He pointed in particular to a conversation a day earlier with Hu Chunhua, a vice premier of China, along with representatives from the American Chamber of Commerce in China and other foreign business groups in Beijing.

American and European business associations have also noted that members generally remain keen on staying in China to access the large domestic market.

Rhodium’s report on cross-border flows pointed out that China’s agriculture and food sector became a new popular industry for U.S. investment this year, and many significant American deals for Chinese companies in industries such as finance and energy remain on track.

“In particular, capital expenditure from the ongoing greenfield constructions are baked in for the next few years, so a rapid drop-off like we’ve seen in the other direction is unlikely to happen for US FDI in China,” the report said.

As of now, almost –if not all – politicians have a Facebook, Twitter or LinkedIn account. With over 247 million Americans on social media, communication between the two parties has become more effective. In countries where the government considers public opinion as valuable to decision making, social media is being used as a lobbying tool. HOW ONLINE LOBBYING CAN INFLUENCE POLITICAL DECISIONS?