Latest News
Home Economy China has a plan for dealing with an unstable world: its own consumers 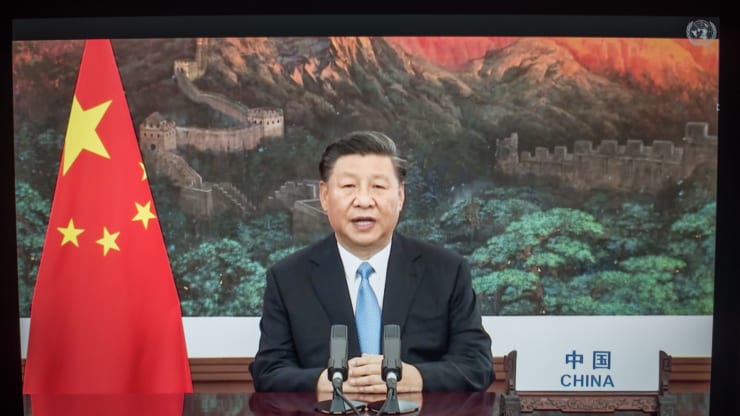 China has a plan for dealing with an unstable world: its own consumers

As China’s leaders get ready to release their national development plan for the next five years, some government advisors emphasize the priority is building up China’s domestic strength.

Chinese authorities have stepped up their efforts to shift the economy from one reliant on exports to one driven by domestic consumption. The country faces the shock of the coronavirus pandemic to global growth this year as well as tensions with the U.S. The U.S. has been China’s top trade partner.

“China’s economy needs to continue to develop. If exports decline (as a result of shrinking global demand), then they will be consumed domestically,” Justin Yifu Lin, a counsellor to China’s top executive body, the State Council, said at a briefing with reporters Tuesday. That’s according to a CNBC translation of his Mandarin-language remarks.

In the same way, U.S. pressure on Chinese companies such as Huawei mean these businesses must also look more at the Chinese market, Lin said. He is also honorary dean of the National School of Development at Peking University, and formerly the chief economist of the World Bank.

The greater emphasis on the domestic Chinese market is part of a new term — “dual circulation” — that has emerged as leaders deliberate on the next five-year development plan set to kick off in 2021. The economic plan will be the 14th such roadmap for national priorities.

On Monday, state media announced that the Communist Party Central Committee will hold a key meeting in Beijing on the plan from Oct. 26 to 29.

That means the session will end just days before the U.S. presidential election, set for Nov. 3.

Tensions between China and the U.S. have escalated in the last two years, beginning with trade and spilling over into technology and, to some extent, finance. Many economists predict China will surpass the U.S. as the world’s largest economy in the next several years, when the 14th five-year plan will be in place.

Lin and two other government advisors speaking to reporters on Tuesday emphasized how dual circulation and related policies are not a reaction to the shock of short-term factors like the coronavirus, but rather are part of China’s trajectory toward resembling developed countries that rely more on their domestic markets.

Lin said he expects that in the future, China will export more capital and tech-intensive products, versus labor-intensive factory goods, and that the countries which buy these products will benefit more than China.

The biggest challenge is uncertainty caused by uncontrollable external factors, ranging from natural disasters to protectionism, he said.

China also faces many challenges at home. The services sector, which the advisors on Tuesday said they expect will account for a greater portion of the economy in the future, remains among the hardest hit by the coronavirus pandemic.

The Chinese government also made a rare decision not to announce an annual growth target for its economy this year at the National People’s Congress, which was delayed by about two months until May due to the outbreak of Covid-19.

The world’s second-largest economy grew 6.1% in 2019, the slowest pace in nearly three decades. That’s according to official data, whose accuracy is frequently doubted.

On Tuesday, Qiu Baoxing, counsellor of the State Council and a former vice minister of Housing and Urban-Rural Development, cited Nassim Taleb’s books “Black Swan” and “Antifragile” in describing the heightened uncertainty of modern times.

When the world faces more unexpected “black swan” events, China can play an important role in supporting the world, Qiu said, according to a CNBC translation of his Mandarin-language remarks. He pointed to how China’s exports have risen as a result of overseas demand for Chinese medical goods in the wake of the coronavirus pandemic.

″(Promoting) ‘internal circulation’,” Qiu said, “is for the purpose of building up our own tenacity to respond to the challenges we might encounter.”

Backlinks are simply links, scattered on the internet, that direct the viewer to a specific webpage and website once clicked upon. Having many backlinks placed on pages across the web is a good marketing strategy for a website. Once a website is created, backlinks help bring about traffic to that website via readers on other webpages on the net, by directing them to that website.