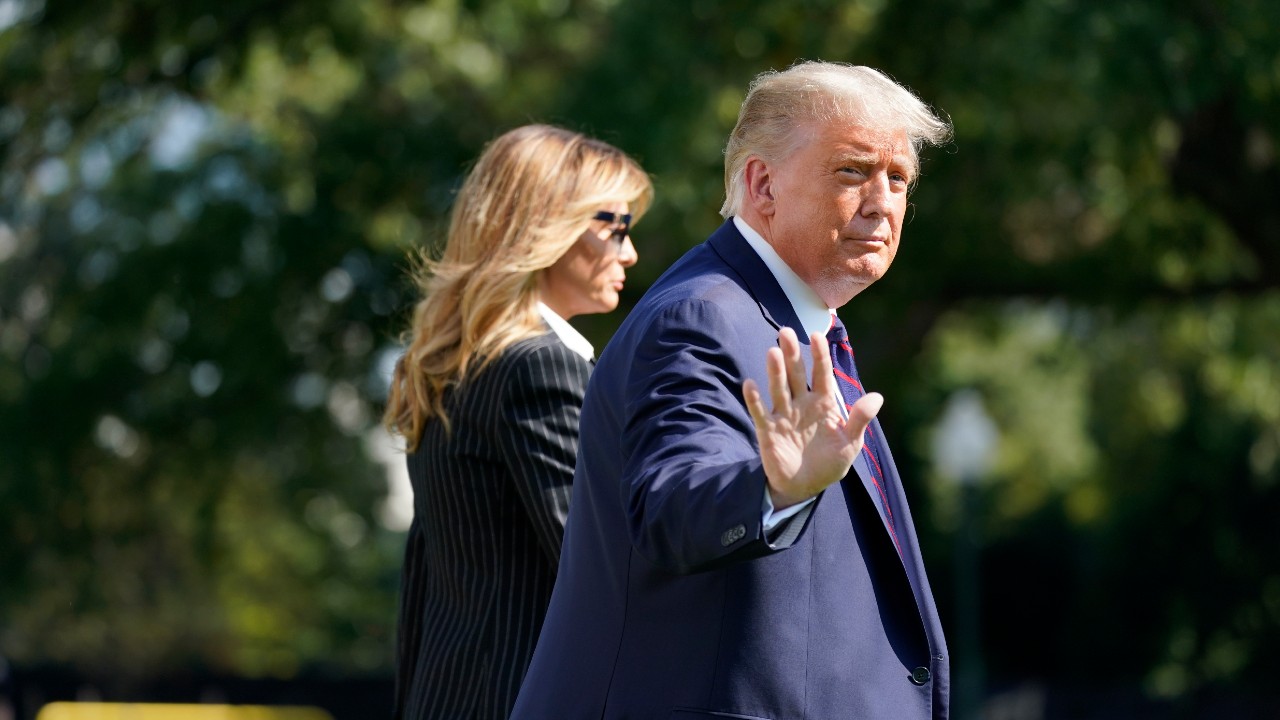 President Donald Trump announced early Friday he and first lady Melania Trump have tested positive for coronavirus, plunging the United States into further upheaval and uncertainty just over a month away from Election Day.

The White House physician said the president and first lady were “both well” at the moment.

In a tweet shortly before 1 a.m. ET, Trump said: “We will begin our quarantine and recovery process immediately. We will get through this TOGETHER!”

Trump is now the most powerful figure to come down with Covid-19. Previously, U.K. Prime Minister Boris Johnson and Brazilian President Jair Bolsonaro had tested positive for coronavirus and survived, as did Britain’s Prince Charles.

Trump has come under withering criticism for his handling of the coronavirus pandemic in the United States, where over 7.2 million have been infected and more than 207,000 people have died, according to a tally from Johns Hopkins University.

The president has admitted on tape to knowingly downplaying the severity of the virus and has pushed an overly optimistic outlook on the disease as it spread across the country.

He has aggressively pushed for schools, businesses and sports leagues to reopen after the pandemic hammered the economy, which had been humming along and had given him his strongest argument for reelection. He has also routinely held campaign events where supporters were densely packed together, with many not wearing masks. One prominent person who attended the rally in Tulsa, Oklahoma — Herman Cain — died weeks later from Covid.

In February, Trump said, “I think the virus is going to be — it’s going to be fine,” and “Looks like by April, you know in theory when it gets a little warmer, it miraculously goes away.” Later that month he said, “The Coronavirus is very much under control in the USA… Stock Market starting to look very good to me!”

Also in February, he said, “The 15 (cases in the U.S.) within a couple of days is going to be down to close to zero.”

During Tuesday’s debate against Democrat Joe Biden, Trump said the U.S. is “weeks away” from a coronavirus vaccine.

White House physician Dr. Sean Conley said in a memo early Friday: “The President and First Lady are both well at this time, and they plan to remain at home within the White House during their convalescence.”

He also said he expects Trump to “continue carrying out his duties without disruption while recovering.”

The announcement came hours after the president said he would begin a quarantine process after top aide Hope Hicks tested positive for coronavirus.

Trump is scheduled to appear at his second presidential debate with Biden on Oct. 15, or 13 days after he revealed his diagnosis. The Commission on Presidential Debates didn’t immediately respond to a request for comment on how Trump’s diagnosis affects the debates. Trump and Biden are also set to square off Oct. 22.

Hicks is known to spend a lot of time with Trump. The president, first lady and Hicks had traveled Tuesday to Cleveland for the debate on Air Force One with a group that included the president’s closest relatives and advisors.

Also on that flight was Alice Marie Johnson, a criminal justice reform advocate whom Trump granted clemency for her life sentence for a drug crime.

Trump, 74, rarely wears a mask after months of resistance, and has mocked Biden, 77, for often wearing face coverings.

“I don’t wear masks like him. Every time you see him, he’s got a mask. He could be speaking 200 feet away and he shows up with the biggest mask I’ve ever seen,” Trump said about Biden during their debate Tuesday night.

At his age and weight, which is in the range of obesity, Trump is considered to be at high risk of severe illness from Covid-19, according to the CDC’s web site. Melania Trump is 50.

Some infected people have been left with lingering health problems, including respiratory ailments.

The Biden campaign didn’t immediately respond to a request for comment about the president’s diagnosis.

According to NBC News, Hicks had started showing symptoms Wednesday night, when she had accompanied the president and several others to a campaign event in Minnesota. She quarantined on Air Force One on the way back and received positive test results Thursday morning.

As of Thursday night, Trump had been slated to travel to Florida for a campaign rally Friday night. The White House issued an updated guidance that cleared travel from the president’s schedule.

Vice President Mike Pence, who is due to take on Sen. Kamala Harris in a vice presidential debate Wednesday, tweeted that he and second lady Karen Pence were praying for the president and the first lady.

It was not immediately clear whether Pence, who is next in line for the presidency, and his wife had been tested for the virus in light of the president’s diagnosis.

The time required to improve online reputation varies from one case to another. Online engagement and activity on different social media platforms plays a major role in speeding up the process of improving online presence, as it builds trust with the target audience and enhances a brand’s image practically and efficiently.