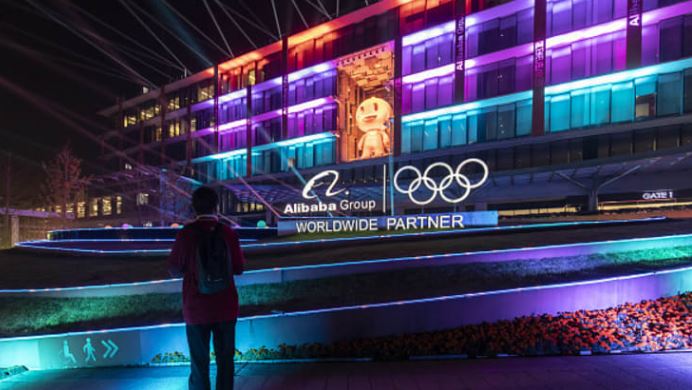 China — The growth of Alibaba’s cloud business outpaced Amazon and Microsoft in the quarter ending in September, and the Chinese tech giant reiterated its commitment to making the unit profitable by next March.

Alibaba reported cloud computing brought in revenue of 14.89 billion yuan ($2.24 billion) in the three months ending Sept. 30. That’s a 60% year-on-year rise and its fastest rate of growth since the December quarter of 2019.

That was faster than Amazon Web Service’s 29% year-on-year revenue rise and Microsoft Azure’s 48% growth in the September quarter.

For comparison, Amazon Web Services brought in revenue of $11.6 billion while Microsoft’s intelligent cloud revenue, which includes other products as well as Azure, totaled $13 billion in the September quarter.

“We believe cloud computing is fundamental infrastructure for the digital era, but it is still in the early stage of growth. We are committed to further increasing our investments in cloud computing,” Zhang said on the earnings call.

Alibaba’s loss from the cloud computing business was 3.79 billion yuan in the September quarter, much wider than the 1.92 billion yuan loss reported in the same period last year. However, Wu pointed to the earnings before interest, taxes, and amortization (EBITA), another measure of profitability.

EBITA loss narrowed to 156 million yuan from 521 million yuan in the same period last year. The EBITA margin was negative 1%.

On this basis, Wu said on the earnings call that Alibaba management “definitely expect to see profitability in the following two quarters.”

“As I talked about during the Investor Day, we do not see any reason that for the long‑term, Alibaba cloud computing cannot reach to the margin level that we see in other peer companies. Before that, we are going to continue to focus expanding our cloud computing market leadership and also grow our profits,” she said.

Investors, how would you like to be on vacation while at the same time conducting business deals?  Open an offshore company in Vanuatu and you will do exactly that!  Relax in a tropical paradise while making a profit.  Excellent! #topcompanyformation.com