Latest News
Home Business What do China’s reassignments of Liu Shiyu and Yi Huiman say about Xi Jinping’s policy priorities for the next few years? 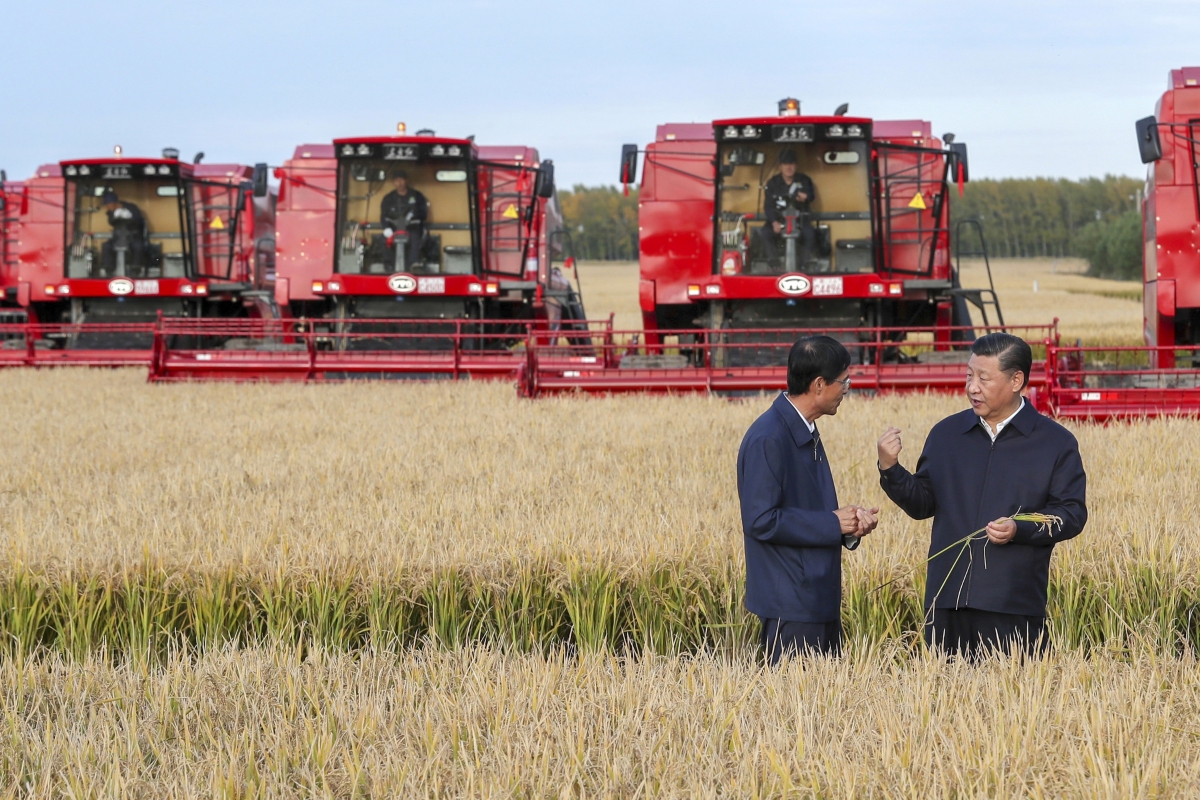 What do China’s reassignments of Liu Shiyu and Yi Huiman say about Xi Jinping’s policy priorities for the next few years?

China’s government made two significant appointments over the weekend, assigning two former bankers to key positions that underscore President Xi Jinping’s policy priorities for the next few years, as the nation’s economic growth loses its breakneck pace, while the financial markets must prepare for greater foreign competition and liberalisation.

Incumbent regulator Liu Shiyu, after helping to stabilise China’s 5 trillion yuan (US$742 billion) stock market rout in 2015, must now turn his attention to help reinforce the country’s massive agrarian economy, as manufacturing slows down amid a trade war with the US.

The changing of the guards was meant “to strengthen the safety net for China’s economy when the external environment becomes more complex” and challenging, said the Nanjing Business School’s professor Sun Wujun.

The appointments came even as vice-premier Liu He prepared to make his way to Washington to commence talks with US Trade Representative Robert Lightziger to defuse a trade war that has weighed on China’s growth rate and roiled global capital markets. Policymakers in Washington and Beijing must work out a deal by March 1, at the end of a 90-day truce. 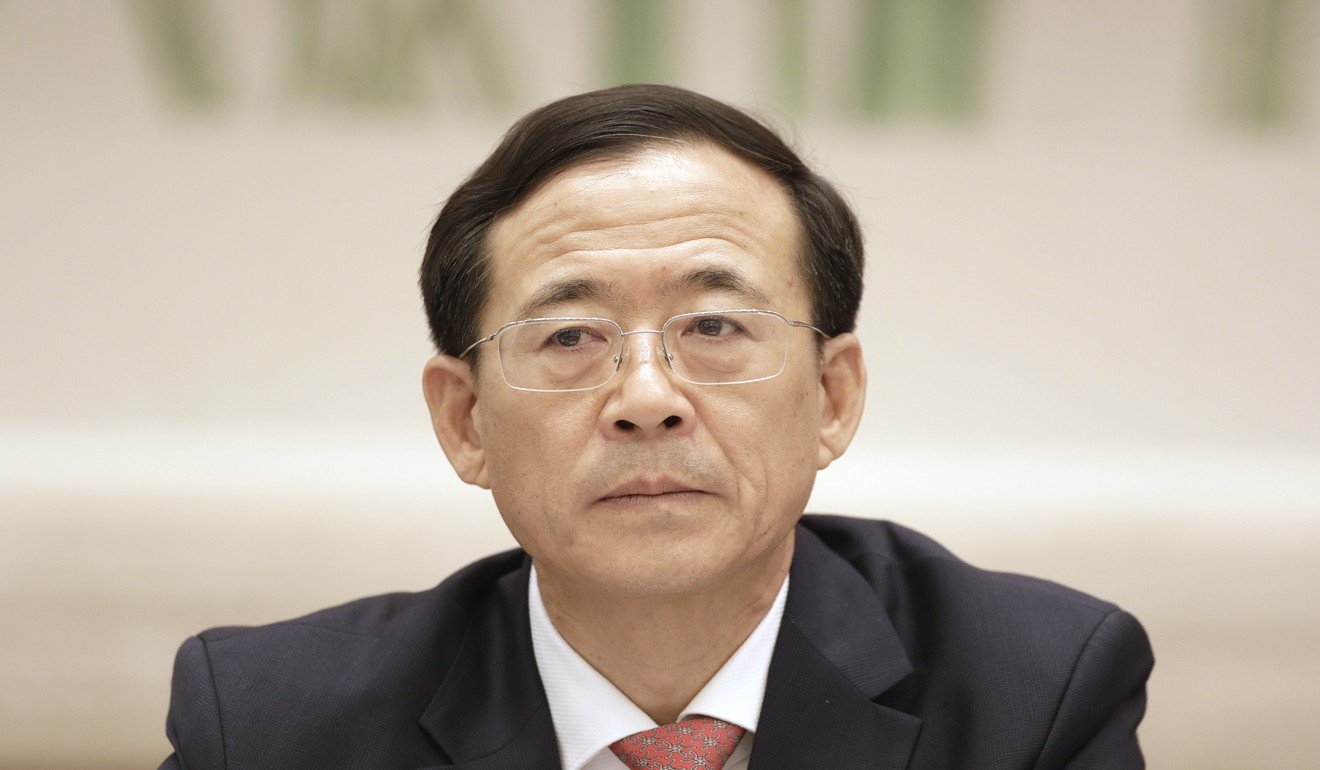 The All-China Federation of Supply and Marketing Cooperatives (ACFSMC), of which Liu will become deputy Communist Party secretary, is a Soviet-era holdover of China’s centrally planned economy. Tracing its genesis to November 1949 soon after the establishment of the People’s Republic, the ACFSMC was the command centre for the nation’s communes and collective farms, coordinating the production and distribution of fruits, cotton and grains, farm animals and even honey.

After China began its market economics reforms in 1978, the ACFSMC went through several makeovers, leaving it in its latest iteration as a coordinator of Chinese agricultural collectives. It now operates a network of 30,000 collectives in 95 per cent of China’s townships.

Liu, who turned 57 in November, will be in charge of running a conglomerate whose 2018 turnover surpassed the gross merchandise volume (GMV) of Alibaba Group Holding, the largest online shopping platform on Earth, and owner of this newspaper.

Sales from the ACFSMC’s collectives – seeds, fertilisers and pesticides, farm machinery – totalled 5.9 trillion yuan last year, according to the ACFSMC’s website. The coordinator also operates in logistics, rural finance, real estate, and an e-commerce platform that helps farmers to get their produce to urban consumers. 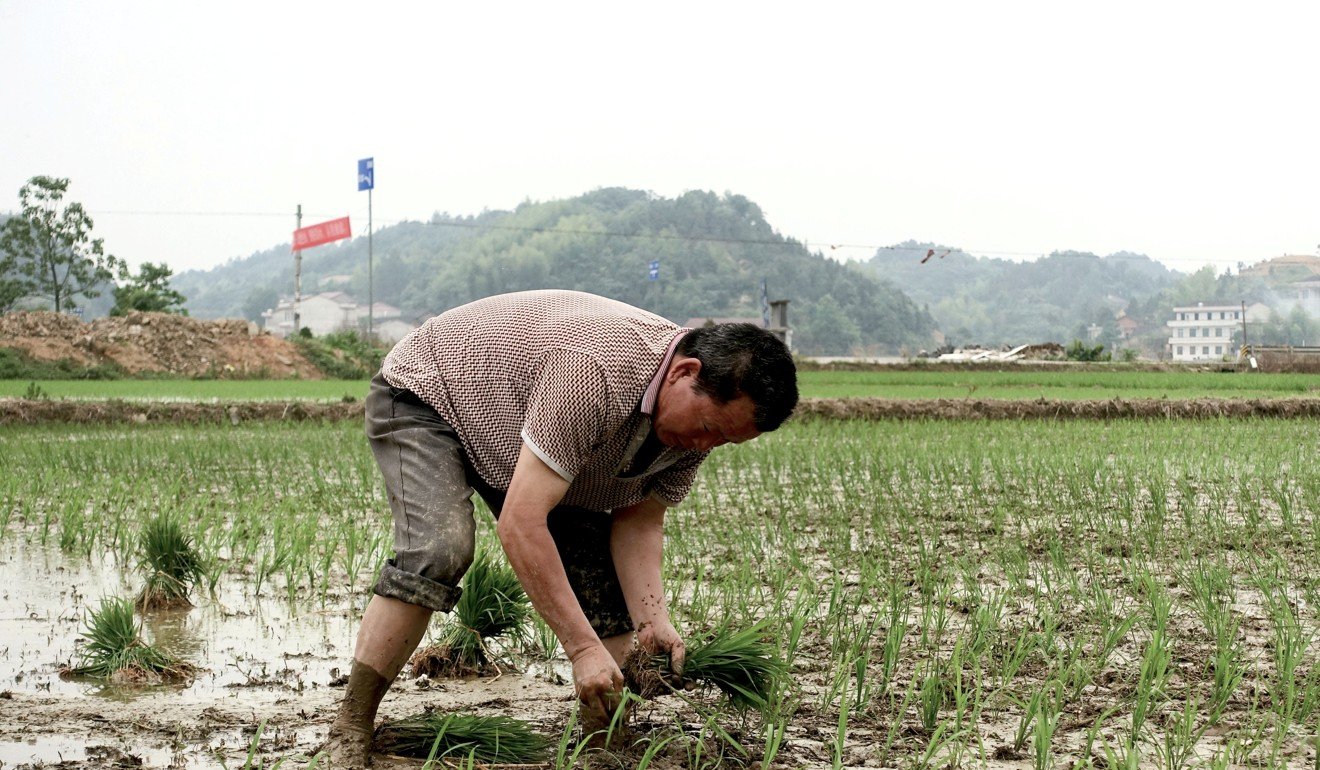 A farmer plants seedlings at a field in Dongfeng village, Hunan province on May 9, 2018. Photo: Reuters

“Liu’s style has been cautious, and his staff tended to tighten fundraising and micro manage trade behaviours … that defused risk, but also energy from the market so the top leaders may not be satisfied with him,” said Adam Xu, a state-owned fund manager based in Shanghai. “However, his cautious style makes him an ideal official working in the field of rural economy.”

A spectacular bull run on China’s stock market abruptly ended in the summer of 2015 as liquidity drained, wiping out 5 trillion yuan worth of market value in a few trading days. To make things worse, a hastily installed “circuit breaker”system magnified volatility, leading to the replacement of Xiao Gang, Liu’s predecessor in February 2016.

Liu’s boss, the ACFSMC’s commissar Wang Xia, is due for retirement when he turns 65 in May.

China has been addressing the mismatch between modest agricultural supply and demand by the world’s largest population for decades.

The country’s total arable land declined for a fourth consecutive year in 2017 as a result of new construction, natural disasters and pollution, according to the natural resources ministry, while a trade conflict with the US that related to agricultural products like soybeans is making keeping the balance even more pressing.

When leading an inspection tour in northeast China’s Heilongjiang province, China’s breadbasket last September, Xi urged self-reliance to cope with “rising protectionism”, a euphemism for the trade war between Beijing and Washington.

The change at the CSRC is equally significant, as it underscores the financing need that China’s corporate sector faces to defuse the nation’s debt bomb. 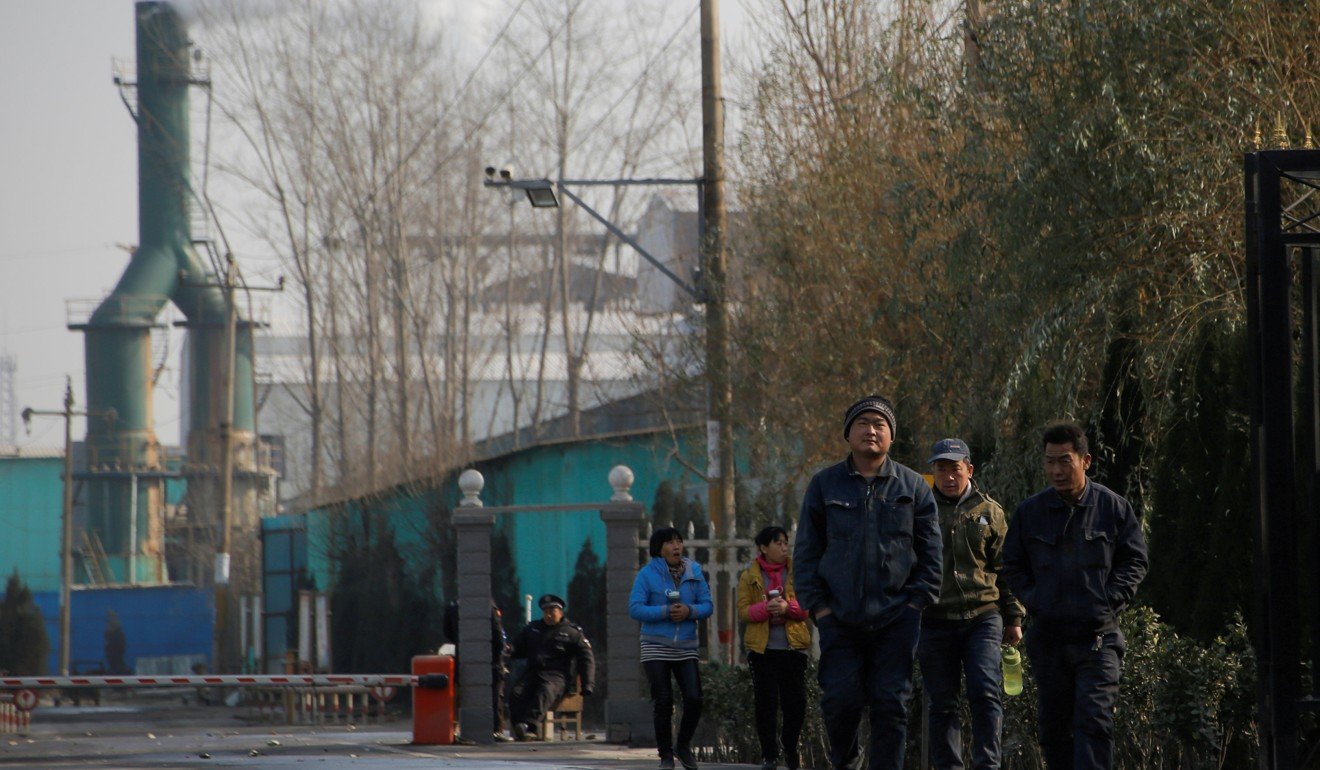 Smoke billows from a chimney as workers leave a factory in rural Gaoyi county, known for ceramics production, near Shijiazhuang, Hebei province, on December 7, 2017. Photo: Reuters

Yi, who spent all but five months of his 34-year career as an你ICBC banker, brings with him the experience and expertise to turn China’s equities market into an avenue for raising capital, not merely for pensioners, stock punters or syndicates to speculate in, said GF Securities’ chief economist Shen Minggao.

“To stabilise the market, the CSRC has largely crippled direct fundraising from the stock market in the past few years,” said Shen. Now it’s time to elevate the capital market and the economy to a “high-quality mode, and Yi is the ideal candidate to lead the mission,” he said.

Yi was promoted to president of ICBC in 2013, overseeing the bank’s overall operations. Three years later, at the age of 51, he succeeded retiring chairman Jiang Jianqing to take the helm of the world’s largest lender by assets.

Yi has a reputation for being pragmatic as he rose from the grass roots as a junior loan officer. But his appointment to chairman of CSRC is a bit unexpected, as he has limited experience working in a regulatory role, sources close to the CSRC said.

Both the CSRC’s chairman and the ACFSMC’s commissar carry the rank of a full cabinet minister, according to the ranking of China’s bureaucracy. The ICBC’s chairman is a notch lower, equivalent to a deputy minister.

The United States has many good reasons to open a branch or two of your corporation there.  The business climate in the USA is friendly and many prospective clients are eager to see what you have to offer.  Look into this today at #topcompanyformation.com