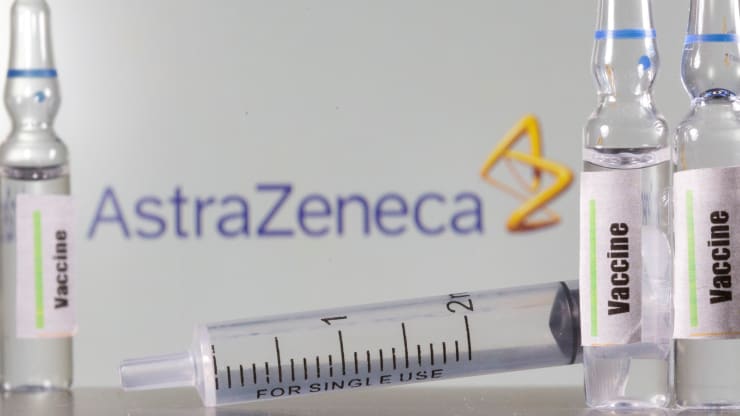 AstraZeneca and Oxford defend Covid vaccine trials after questions raised in the U.S.

AstraZeneca and the University of Oxford are defending the results and methods used in their phase three vaccine trials on the back of criticism from experts in the U.S., stressing the “highest standards” were used and that “additional analysis will be conducted.”

AstraZeneca shares are down by around 6% this week after questions were raised over its vaccine candidate, for which the company said combined results revealed it to be 70% effective. The figure came from combining a smaller group of people who received an unintentionally lower dose of the vaccine — and by what a company spokesperson has called “serendipity” — produced 90% effectiveness, and a larger group who received a higher dosage, showing only 62% effectiveness.

Chief of the White House’s Operation Warp Speed, Moncef Slaoui, and others in the U.S. have expressed concern over the age group tested, saying 90% efficacy was only shown for the lowest risk group, which numbered 2,741 people below the age of 55. The group whose results displayed 62% effectiveness numbered 8,895.

AstraZeneca pushed back against the criticism, emphasizing monitoring of the study by the external Data Safety Monitoring Board (DSMB) and the fact that the data released Monday constituted mere interim results and that more data would follow.

“The studies were conducted to the highest standards,” a spokesperson for AstraZeneca. “An independent DSMB safety monitoring committee oversees the studies to ensure safety and quality. The DSMB determined that the analysis met its primary endpoint showing protection from COVID-19 occurring 14 days or more after receiving two doses of the vaccine.”

“More data will continue to accumulate and additional analysis will be conducted refining the efficacy reading and establishing the duration of protection,” the spokesperson said.

The University of Oxford, for its part, explained the discrepancy between dosage allotments. It said an initial over-estimation of the dose of the new vaccine batches had resulted “in a half dose of the vaccine being administered as the first dose” due to a “difference in the manufacturing process.”

“The methods for measuring the concentration are now established and we can ensure that all batches of vaccine are now equivalent,” it added.

Particularly harsh criticism came from U.S.-based health care and biotech investment bank SVB Leerink, whose analysts wrote Monday: “We believe that this product will never be licensed in the U.S.”

“This belief is based on the design of the company’s pivotal trials which does not appear to match the FDA’s requirements for representation of minorities, severe cases, previously infected individuals and elderly and other increase risk populations,” the analysis said.

In response, a spokesperson at AstraZeneca stressed the results were interim and that more data was to be accumulated and more analysis to be carried out.

Defenders of the trials have pointed out that the criticism seems to come primarily from within the U.S., home of the only other Western vaccine candidates to announce higher effectiveness in their vaccine test results: Pfizer-BioNTech and Moderna, who earlier this month announced their vaccines showed as much as 95% effectiveness.

John LaMattina, a former president of Pfizer Global R&D, tweeted on Tuesday: “Hard to believe that the FDA will issue an EUA for a vaccine whose optimal dose has only been given to 2,300 people. More data for this dosing regiment will be needed.” Slaoui was previously on the board at Moderna and also worked at GlaxoSmithKline.

Outside of the U.S., the Oxford-AstraZeneca vaccine garnered praise, particularly for its relative ease of manufacturing and transport and its low cost compared to potential competitors. The vaccine would sell at between $3 and $5 per dose while those of Pfizer-BioNTech and Moderna would go for $20 per dose and $32 to $37 per dose, respectively.

The Oxford-Astrazeneca results “are very positive results when we recall that the hurdle for a good enough vaccine was set at 50-60%, in line with the flu virus,” Dr. Gillies O’Bryan-Tear, policy chair at the U.K.-based Faculty of Pharmaceutical Medicine, said Monday.

“The great advantage of this Oxford vaccine over the mRNA vaccines is that it can be manufactured easily and transported at ordinary fridge (not freezer) temperatures, so can be transported and stored using the existing vaccine cold chain infrastructure. The group has promised to provide the vaccine not-for-profit to developing nations.”

The British pharmaceutical giant has said its vaccine can be stored, transported and handled at normal refrigerated conditions (36-46 degrees Fahrenheit) for at least six months and administered within existing health-care settings. It has also pledged to distribute the vaccine at no profit “for the duration of the pandemic.”