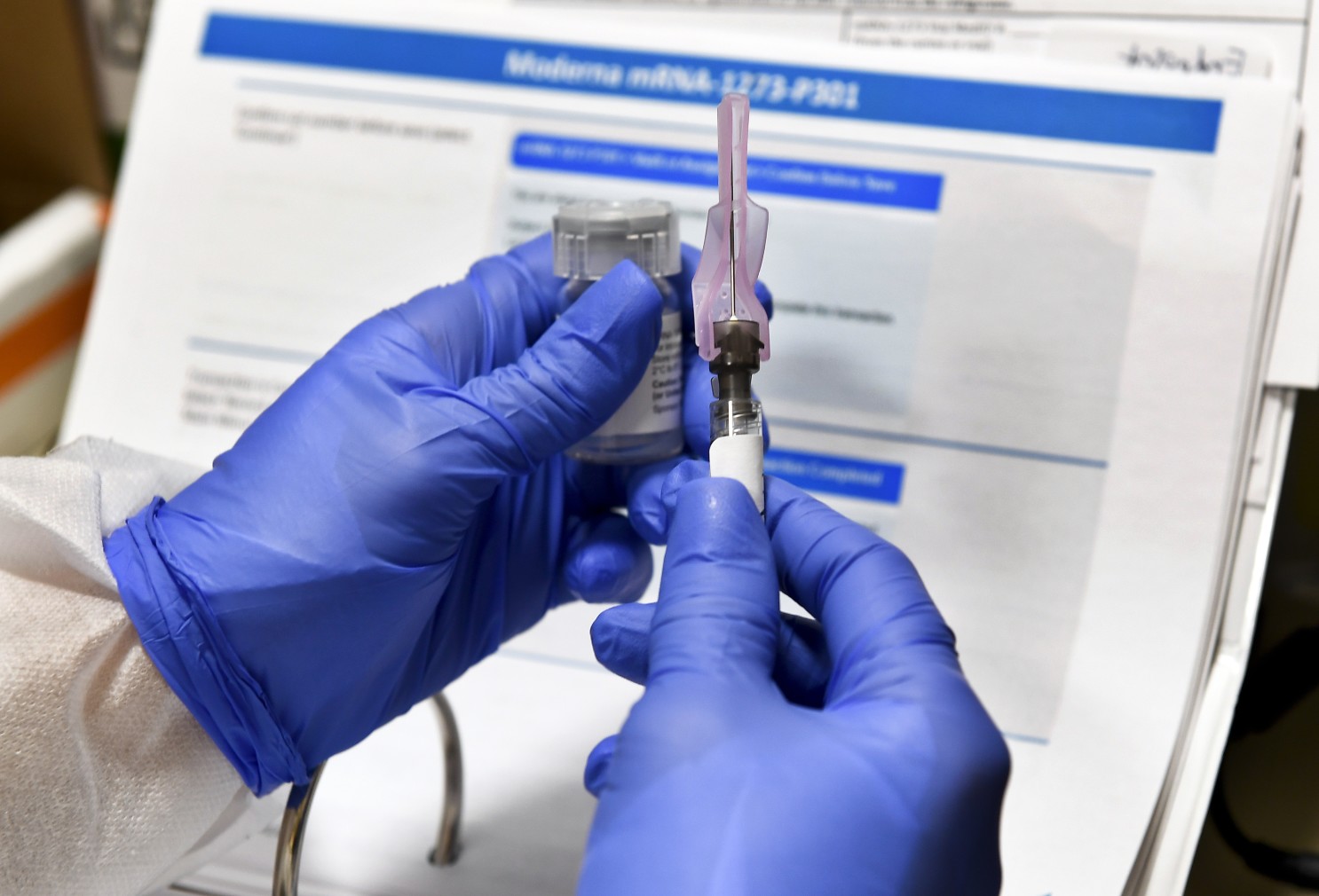 Moderna said Monday it will request emergency clearance from the Food and Drug Administration for its coronavirus vaccine after new data confirms the vaccine is more than 94% effective in preventing Covid-19 and was safe.

Moderna will be the second drugmaker to seek emergency use from the FDA after Pfizer, another front-runner in the Covid-19 vaccine race, applied for the same authorization on Nov. 20. The announcement means some Americans could get the first doses of Moderna’s two-dose vaccine within a few weeks.

The new analysis from Moderna evaluated 196 confirmed Covid infections among the late-stage trial’s 30,000 participants. The company said 185 cases of Covid were observed in the placebo group versus 11 cases observed in the group that received its vaccine. That resulted in an estimated vaccine efficacy of 94.1%, the company said.

The company released on Nov. 16 an early analysis of its phase three trial based on just 95 Covid-19 cases that showed its vaccine was at least 94% effective. Monday’s data provides a more complete picture of the vaccine’s effectiveness.

It also appears to prevent volunteers from getting severely sick from the virus. Of the 30 severe cases of Covid-19 in the trial, none were in the group that received the vaccine, Moderna said. Additionally, there was one Covid-19-related death in the study that occurred in the placebo group, according to the company.

Shares of Moderna were up more than 12% in premarket trading Monday.

“This positive primary analysis confirms the ability of our vaccine to prevent COVID-19 disease with 94.1% efficacy and importantly, the ability to prevent severe COVID-19 disease. We believe that our vaccine will provide a new and powerful tool that may change the course of this pandemic and help prevent severe disease, hospitalizations and death,” Moderna CEO Stephane Bancel said in a statement.

Moderna said the vaccine’s effectiveness was consistent across age, race and gender. The 196 confirmed cases included 33 adults over the age of 65 and 42 people from Black, Latino and other diverse communities. The vaccine was also well tolerated with the most common side effects being fatigue, muscle pain, headache and pain at the injection site, the company said.

Bancel told CNBC on Monday that the company expects to test the vaccine on children between the ages of 11 and 17 later this year. But testing on children under the age of 11 won’t begin until sometime next year, he added. “For younger children, you have to go down in age very slowly and you have to start at a lower dose to make sure it is safe,” he said during an interview on “Squawk Box.”

Emergency use authorization means the FDA will allow some adults to receive the vaccine as the agency continues to evaluate data. It isn’t the same as a full approval, which can typically take months. The FDA granted emergency clearance for Gilead Sciences’ remdesivir in May before giving full approval in late October.

Moderna’s results come as drugmakers and public health officials race to deliver a safe and effective vaccine to help bring an end to the pandemic, which has killed at least 1.45 million people worldwide as of Sunday evening, according to data compiled by Johns Hopkins University. A vaccine is also seen by investors as a way to get the global economy back on track after the virus wreaked havoc on nearly every country.

The FDA’s review of Moderna’s vaccine is expected to take a few weeks. The agency will likely schedule an advisory committee meeting to review the vaccine on Dec. 17, Moderna said. It has already initiated rolling submissions with several regulatory agencies around the world, including the European Medicines Agency.

Federal agencies are already sending vaccination plans around to staff. Five agencies have started telling employees they could receive Pfizer’s or Moderna’s Covid-19 vaccine in as little as eight weeks, a person with firsthand knowledge of those plans.

Health and Human Services Secretary Alex Azar on Nov. 16 that the FDA would move “as quickly as possible” to clear Pfizer’s and Moderna’s vaccines for emergency use. Between Moderna and Pfizer, Azar told CNBC there will be roughly 40 million doses of vaccine available by the end of this year, enough to inoculate about 20 million people since both vaccines require two shots, he said at the time.

Moderna’s initial results released earlier this month were based on the first interim efficacy analysis conducted by an external and independent data monitoring committee from the phase three clinical trial. The independent group of experts oversees U.S. clinical trials to ensure the safety of participants.

Public health officials and medical experts note it remains unclear how long the vaccines will provide immunity and whether or how often people may need periodic booster shots. Moderna’s vaccine, like Pfizer’s, uses messenger RNA, or mRNA, technology. It’s a new approach to vaccines that uses genetic material to provoke an immune response.

Moderna told investors on Oct. 29 that it was “actively preparing” for the global launch of its potential vaccine after completing enrollment in its late-stage trial a week earlier. In August, Moderna said it was charging between $32 and $37 per dose for its vaccine for some customers, under cheaper “pandemic pricing.” The company said it was in discussion for larger volume agreements that will have a lower price.

Do you want to make the most of your money?  Open a bank account in Vanuatu today!  Enjoy regulation-free bank accounts by opening a corporate and/or a personal bank account and see all Vanuatu has to offer.  #topcompanyformation.com