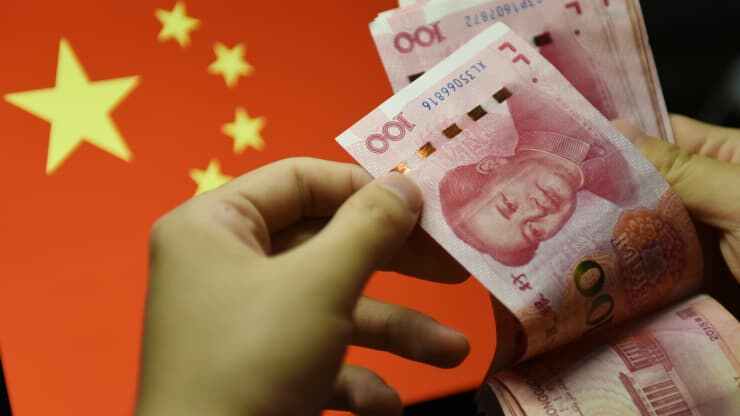 As debt defaults rise, China’s government bonds might be a safer bet for investors

With the recent spate of bond defaults in China, investors should be looking to put their money into Chinese central government bonds which are “unlikely to default,” according to an economist from research firm TS Lombard.

It led to a bond market sell-off in China. China’s onshore bond market is worth $13 trillion and is the world’s second largest.

“It’s quite unlikely to have a default, even though other segments of China might be facing all these default risks,” he said, comparing government bonds to corporate bonds. “Even (state-owned enterprises) are not actually immune (to) the defaults.

“So, stick to the government, and maybe you can buy the policy banks, financial bonds, which are also quasi-sovereign,” Zhuang said.

Defaults by government-supported firms in China were rare before this month’s high-profile cases involving state-owned miner Yongcheng Coal and Electricity and government-backed chipmaker Tsinghua Unigroup, among others.

In December last year, the dollar-bond default by commodity trader Tewoo Group was the first in two decades.

Meanwhile, S&P Global Ratings said in a note Wednesday that the next type of Chinese state-owned companies that could come under greater pressure will be the so-called local government financing vehicles (LGFVs).

China has been tolerating more SOE defaults in recent years, and we believe this will continue. Local governments simply have fewer resources to support weak SOEs that make commercial misjudgments.
S&P Global Ratings

Such companies are usually wholly owned by local and regional governments in China, and were set up to fund public infrastructure projects. Bonds issued by such firms surged this year, amid an infrastructure push as the Chinese economy improved, according to an S&P report earlier this year.

“While LGFVs generally benefit from much higher levels of government support, given their policy and development roles, we also expect LGFVs under weaker local governments could see higher default rates, partly because they are increasingly turning to commercial activity,” the ratings firm said in note on Wednesday.

It comes as analysts issue warnings there will be more bond defaults ahead in China.