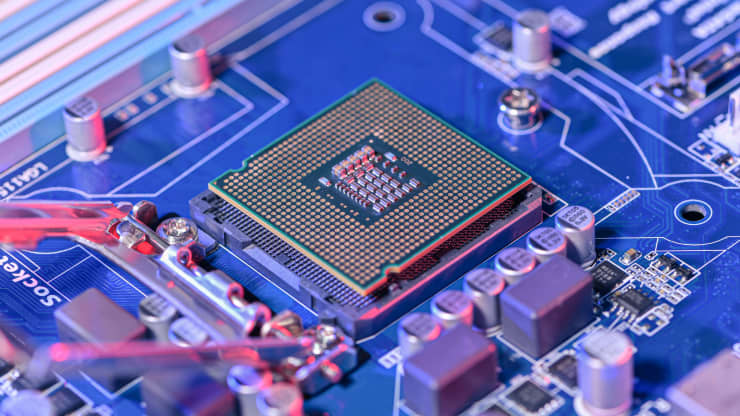 China — Shares of Chinese chipmaker SMIC fell over 5% on Wednesday after the company said it was aware its co-CEO planned to resign and as its stock was set to be removed from MSCI indexes.

The company said it was “verifying” with Liang regarding his intention to resign.

Meanwhile, American stock index company MSCI, one of the largest in the world, said it will remove SMIC from its indexes from Jan. 5, 2021, among other Chinese companies. It said it was doing so after these companies were named in an U.S. executive order that bans American companies and individuals from owning shares of Chinese companies that the White House alleges supports China’s military.

China has been on a drive to become more self-reliant in semiconductors, a move that has accelerated in the past few years as tensions with the U.S. rose. SMIC is key to China’s ambitions.

However, Washington has sought to make it harder for China’s industry to catch up. In September, the U.S. reportedly imposed sanctions on SMIC that made it harder for it to acquire the American technology that it needs. This month, SMIC was added to the U.S. blacklist of alleged Chinese military companies.

Vanuatu is a virtual paradise.  It is also the perfect place to incorporate a company.  Discover many options, experience business freedom, then enjoy the fruits of your success.  Check out the website #topcompanyformation.com