Latest News
Home Economy Covid vaccines will bring recovery in 2021 — but it won’t be ‘business as usual,’ says Singapore minister 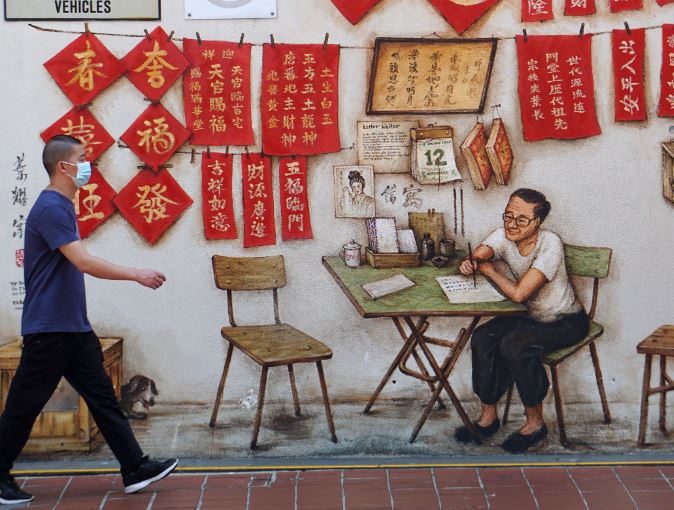 Covid vaccines will bring recovery in 2021 — but it won’t be ‘business as usual,’ says Singapore minister

The rollout of Covid-19 vaccines in Singapore will help the economy to recover — but will not take it back to what it was before the pandemic, the country’s Minister for Foreign Affairs Vivian Balakrishnan said on Thursday.

“I think we should talk about a new normal. So yes, there will be recovery in 2021, the question is to what extent that bounce back will be. But it will be a fallacy, it will be very dangerous to assume we’re going to go back to business as usual,” Balakrishnan told “Squawk Box Asia.

“All of us are going to have to focus on economic restructuring,” he said, explaining that technology such as artificial intelligence and robotics will change jobs and economies around the world.

Singapore is expecting its first shipment of Pfizer and BioNTech’s coronavirus vaccine this month, Prime Minister Lee Hsien Loong announced on Monday. The government has set aside more than 1 billion Singapore dollars ($752.9 million) to buy different Covid vaccines, and plans to have enough shots for everyone in the country by the third quarter of 2021, said Lee.

The prime minister also said the vaccines will be free for all long-term residents, regardless of nationality. Taking the shots will be voluntary, and government ministers will get inoculated early to show that the vaccines are safe, added Lee.

Balakrishnan told that the government decided to make Covid vaccines free so that “cost won’t be a factor in people’s decision making” on whether to take the shots. Singapore doesn’t have a target for the percentage of population it wants immunized, he added.

“At this point, we don’t have a specific target,” he said. “So let’s see how it goes, I would personally hope that we have a slow, gradual and progressive start to this program.”

Singapore, an open and trade-dependent economy, has been hit hard by global uncertainties resulting from the pandemic and reduced activity during a partial lockdown to contain Covid-19.

In addition to the pandemic, uncertainties weighing down global economic prospects over the past year include intensifying U.S.-China tensions, the U.S. presidential election and the U.K.’s future relationship with the European Union after leaving the bloc in January.

Balakrishnan struck an optimistic tone when discussing the outlook for the external environment in 2021.

The minister said he hopes the incoming Biden administration will take an “open, consultative, facilitative and more collegiate approach” in foreign policy. He’s also confident that the U.S. could sort out its domestic issues to play a leading role on the world stage and in Southeast Asia.

The U.K., too, could focus on Southeast Asia and the broader Asian region, said the minister. The U.K. last week signed a trade agreement with Singapore, following a deal it struck with Japan in October as it adjusts to its departure from the EU.

“My point is that these are green shoots,” said Balakrishnan. “Assuming nothing untoward occurs in the next few months, we can look forward with some optimism to a world which is slowly but surely recovering from Covid.”