Latest News
Home Economy The foundation of China’s economic recovery is ‘not yet solid,’ leaders say at planning meeting 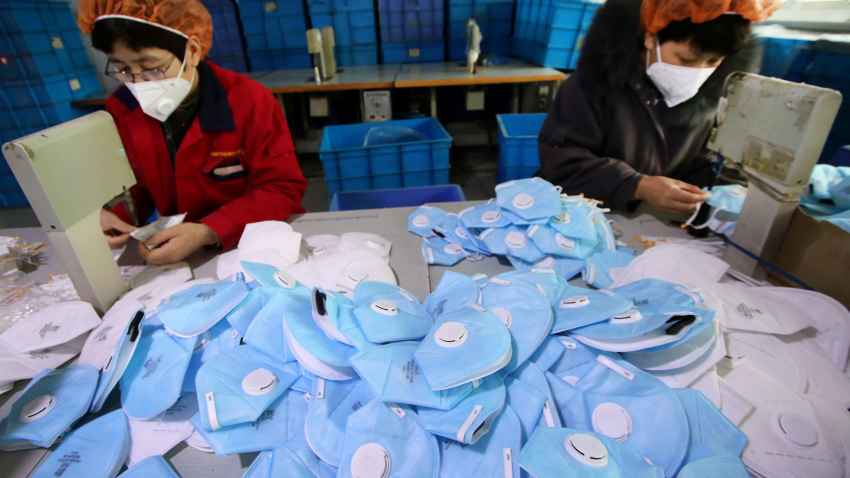 The foundation of China’s economic recovery is ‘not yet solid,’ leaders say at planning meeting

While the rest of the world still struggles with the shock of the coronavirus pandemic, China is set to be the only major economy to expand this year.

President Xi Jinping, Premier Li Keqiang and other leaders who attended the Central Economic Work Conference from Dec. 16 to 18 were buoyant about China’s relative successes, while remaining cautious on major changes to stimulus policies, according to state media. The annual gathering sets development priorities for the upcoming year.

Analysts who followed the meeting said it provided little in the way of policy changes or new information. Chinese state media coverage of the meeting played up the country’s recent successes, but also warned about the changes wrought by the pandemic and uncertainties abroad.

“The foundation of our economic recovery is not yet solid,” the report said, according to a translation of the Chinese text.

Covid-19 first emerged in the Chinese city of Wuhan late last year. In an effort to control the outbreak, Chinese authorities briefly shut down more than half the country early this year. GDP contracted by 6.8% in the first quarter, before returning to growth in the second quarter at 3.2%.

“Not yet having a solid (foundation) points to the slightly slower-than-expected launch of domestic demand and consumption,” Bruce Pang, head of macro and strategy research at China Renaissance, said in a Chinese statement.

Investment in manufacturing and the share not tied to the state hasn’t rebounded strongly, Pang said. He added there are doubts about the sustainability of exports, uncertainties about employment and many other concerns.

Economists have pointed out that much of China’s recovery has come from traditional drivers of growth such as exports, which have been boosted by overseas demand for pandemic-related products.

But many Chinese have yet to step up their spending amid concerns about future income. That lack of consumption is concerning for an economy that Beijing is trying to support more with domestic, rather than foreign, demand.

While China is on pace for roughly 2% growth this year, retail sales through the end of November are down 4.8% from a year ago.

“Next year, the speed of economic growth may slow after an initially rapid pace,” state media said, according to a translation of the Chinese text. “Keeping the economy operating in a reasonable range remains a key test.”

GDP expansion in the first few months of next year would look high compared with the contraction in the first quarter in 2020. Overall, many economists predict China’s GDP will grow about 8% next year.