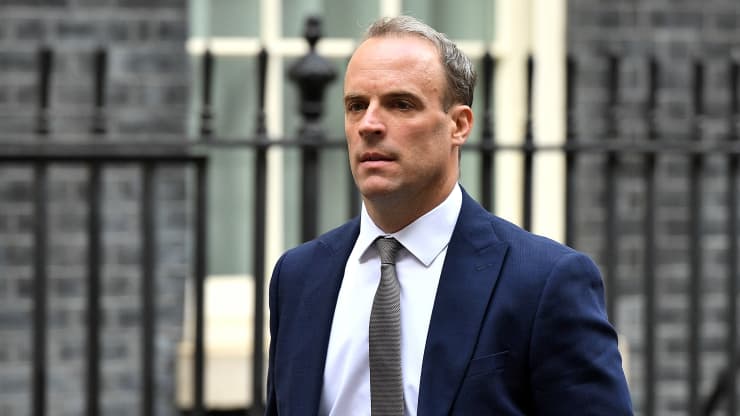 UK clamps down on Xinjiang labor camps, accusing China of ‘torture’ and ‘barbarism’

The U.K. has introduced new measures to root out the presence of alleged forced labor in China’s Xinjiang region in British supply chains.

China is accused of extrajudicially detaining over 1 million Uighur Muslims and other minorities in political re-education camps in the northwestern autonomous region, along with invasive surveillance, restrictions on Uighur culture and the use of forced labor.

China staunchly denies the allegations, claiming that the centers are aimed at combating extremism and encouraging the development of vocational skills.

Companies with annual turnover of more than £36 million ($49.2 million) that fail to demonstrate adequate due diligence in ensuring their supply chains are free from forced labor under the Modern Slavery Act, will now be subject to fines, British Foreign Secretary Dominic Raab announced in the House of Commons on Tuesday.

“We must make sure that U.K. businesses are not part of the supply chains that lead to the gates of the internment camps in Xinjiang, and to make sure that the products of human rights violations that take place in those camps do not end up on the shelves of supermarkets that we shop in here at home, week in, week out,” Raab said.

The government will also initiate an urgent review into export controls to prevent exports which could aid in human rights abuses, issue new guidance to businesses operating in the region, and extend the Modern Slavery Act to the public sector, barring any company shown to have forced labor ties from public procurement contracts.

“It is truly horrific — barbarism we had hoped was lost to another era being practiced today as we speak in one of the leading members of the international community,” he added.

A spokesman for the Chinese embassy in London did not immediately respond to CNBC’s request for comment.

Raab highlighted that China’s refusal to allow access to a U.N. human rights commissioner or other credible outside authority was not reconcilable with these contentions.

“China cannot simply refuse all access to those trusted third-party bodies who could verify the facts, and at the same time maintain a position of credible denial,” he added.

A protester outside the White House urges the United States to take action to stop the oppression of the Uyghur and other Turkic peoples, on August 14, 2020 in Washington, DC.
Chip Somodevilla | Getty Images News | Getty Images

Raab’s measures stopped short of sanctioning individual Chinese officials over their involvement in the alleged atrocities, and Labour’s shadow foreign secretary, Lisa Nandy, claimed her counterpart had not gone far enough, likening Raab’s actions to “tinkering around the edges.”

The presence of forced labor in international supply chains has been the target of a number of major governments in recent years. In late 2020, several U.S. companies came under fire for allegedly lobbying to weaken a bipartisan bill banning imports from Xinjiang.

“All ethnic groups in Xinjiang choose their occupations according to their own will and sign ‘labor contracts’ of their own volition in accordance with law on the basis of equality.”