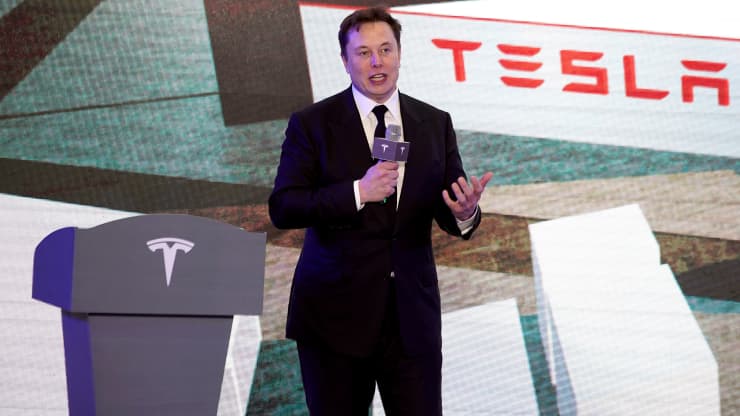 Deliveries of the China-produced crossover began Monday, according to state-run Xinhua News Agency. It’s unclear how many Model Y vehicles were delivered or whether they were delivered to employees or to retail customers. Tesla did not immediately respond for comment.

China – the world’s largest EV market – is critically important to Tesla and its growth plans. The company wants to increase its vehicle sales volume from about 500,000 in 2020 to 20 million annually over the next decade.

China was a driving force behind Tesla’s delivery volume in 2020 — the company delivered 499,550 vehicles, an impressive 36% increase compared to a year earlier but slightly below its most recent guidance of 500,000 vehicles.

The company started production of the Tesla Model 3 sedan at its Gigafactory in Shanghai, China – its first plant outside the U.S. – in late 2019. Deliveries to Chinese customers of the Model 3 started a little more than a year ago. Since then, Tesla CEO Elon Musk has become the world’s richest person thanks to a massive 700% gain in the company’s stock.

Do you want a gorgeous place to open a branch office of your company?  Try Portugal.  Business friendly, easy to open branch offices and establish bank accounts.  You decide if you also want to live there.  Learn more at #topcompanyformation.com