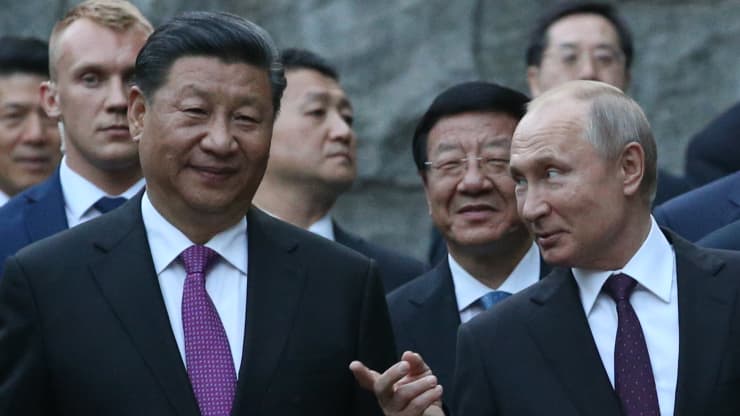 FRANKFURT — Putting trade and business interests first has always been the German government’s mantra when it comes to the country’s relationship with China and Russia.

With “Wandel durch handel,” which translates as “change through trade” in the case of China, German officials have effectively been trying to use its economic ties to push Beijing into making progressive reforms.

With Russia there has been the “Modernisierungspartnerschaft,” which means “partnership for modernization.” But both have more or less failed.

Relations with Russia, which Germany relies on heavily for energy, have recently touched another low after the poisoning of opposition leader Alexei Navalny, who flew to Berlin for treatment against the will of the Kremlin.

“It is impossible given these developments to go back to the old policy approach which basically entailed a lot of understanding for Russia,” Daniela Schwarzer, director of the German Council on Foreign Relations, told CNBC in a phone interview.

With China, it’s becoming increasingly clear that there will be no “political change” through trade. But many say it’s high time for Germany to be stricter with Beijing, be it on acquisitions, technology or human rights issues.

“There is a great deal of pressure to be stricter with China,” Noah Barkin, a managing editor with the research firm the Rhodium Group, told CNBC in a phone interview. “Under Merkel, Germany did not really have red lines. That needs to change. Europe needs to develop stricter boundaries with China.”

China is both a rival and a partner for Germany in many respects. Companies in the European powerhouse rely on its huge consumer market to sell their products. The main problem with China is that there isn’t a level playing field for foreign firms, as it keeps its market tightly regulated, if not closed, for outsiders.

“That’s a huge challenge for the new German government,” Schwarzer explained. “The new government needs to raise awareness of the threat posed by the competitor China.”

Chancellor Angela Merkel has gained a lot of trust around the globe from other leaders as she is seen as a reliable partner with heaps of experience on the political stage. While she’s had patience with Beijing, recent policy actions have shown she’s already initiated a change in tone: Last year a foreign trade law was toughened to make the acquisition of German companies more difficult.

Meanwhile, German Economy Minister Peter Altmaier said in June that lawmakers needed to assure “our German and European companies are protected from unfair competition and illegal technology transfer and from acquisition by state-subsidized competitors which are often from countries outside the EU.”

Merkel and what will be her last government — elections are due in September — are moving toward a tougher line and any new legislature in Germany will likely follow that path.

“There is a great deal of pressure for change from lawmakers in the Bundestag (German Parliament) but also from outside,” explained Barkin.

“German allies like India, Japan, Canada are all hiking the pressure on Germany, it will be much more difficult for Germany just to sit on the fence in the future.”

But it’s unlikely they’ll be a dramatic shift any time soon, as economic dependencies on China are large and there is still a wish in Berlin to maintain some sort of constructive dialogue.