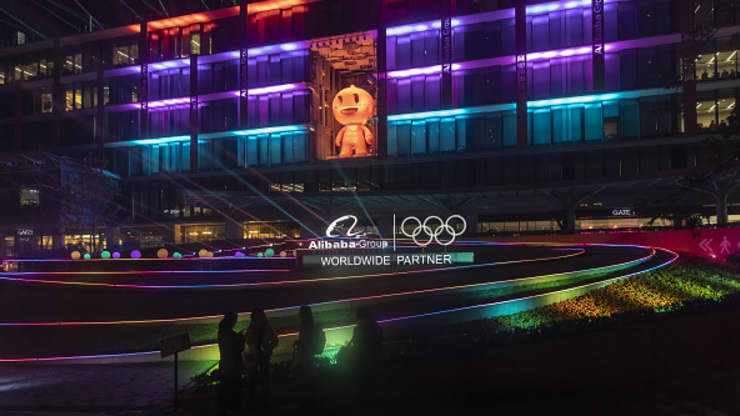 GUANGZHOU, China — Alibaba reported profitability for its cloud computing business for the first time in a continued push to diversify its business beyond e-commerce as it faces regulatory scrutiny in China.

The Chinese tech giant reported adjusted EBITA (earnings before interest, taxes, and amortization) of 24 million yuan ($3 million) for its cloud business in the December quarter. Adjusted EBITA is one measure of profitability. That compares to a loss of 356 million yuan in the same period in 2019.

Alibaba previously said that it expects its cloud division to become profitable within its current fiscal year which began in April and ends on March 31, 2021.

The milestone will be welcomed by investors who have put great importance on cloud computing to drive Alibaba’s future growth. Current chairman and CEO Daniel Zhang told CNBC in a 2018 interview that cloud computing would be Alibaba’s “main business” in the future.

Cloud computing revenue for Alibaba’s fiscal third quarter came in at 16.11 billion yuan, a 50% year-on-year rise. That is below the 16.69 billion yuan expected, according to a StreetAccount consensus estimate.

Alibaba’s earnings come as the company faces mounting pressure from Chinese regulators over its business practices. In December, China’s State Administration for Market Regulation (SAMR) opened an investigation into Alibaba over monopolistic practices. The main issue was a practice that forces sellers to choose one of two e-commerce platforms, rather than being able to work with both.

The Chinese e-commerce giant said it has established a “special task force with leaders from our relevant business units to conduct internal reviews” in regards to the SAMR probe.

“We will continue to actively communicate with the SAMR on compliance with regulatory requirements,” Alibaba said, adding that it will provide an update when the investigation is concluded.

In November, regulators pulled the plug on what would have been the record-setting initial public offering (IPO) of Ant Group, Alibaba’s financial technology affiliate. Alibaba founder Jack Ma, whose negative comments towards regulators was seen as a factor behind the canceled Ant IPO, remained out of the public view for some months only to reappear in a short video in January.

Alibaba said Ant Group is developing a “rectification plan, which will need to go through the relevant regulatory procedures,” due to the “significant changes” in the financial technology regulatory environment in China.

“Therefore, Ant Group’s business prospects and IPO plans are subject to substantial uncertainties. Currently, we are unable to make a complete and fair assessment of the impact that these changes and uncertainties will have on Alibaba Group. We will update the market once Ant Group has completed the relevant regulatory procedures for its rectification plan,” the company said in its earnings statement.

Earnings per share stood at 22.03 yuan ahead of 20.87 yuan estimated by analysts.

It was Alibaba’s core commerce business, which accounts for 89% of revenue, which powered the growth. Core commerce revenue came in at 195.54 billion yuan for the fiscal third quarter, up 38% year-on-year.