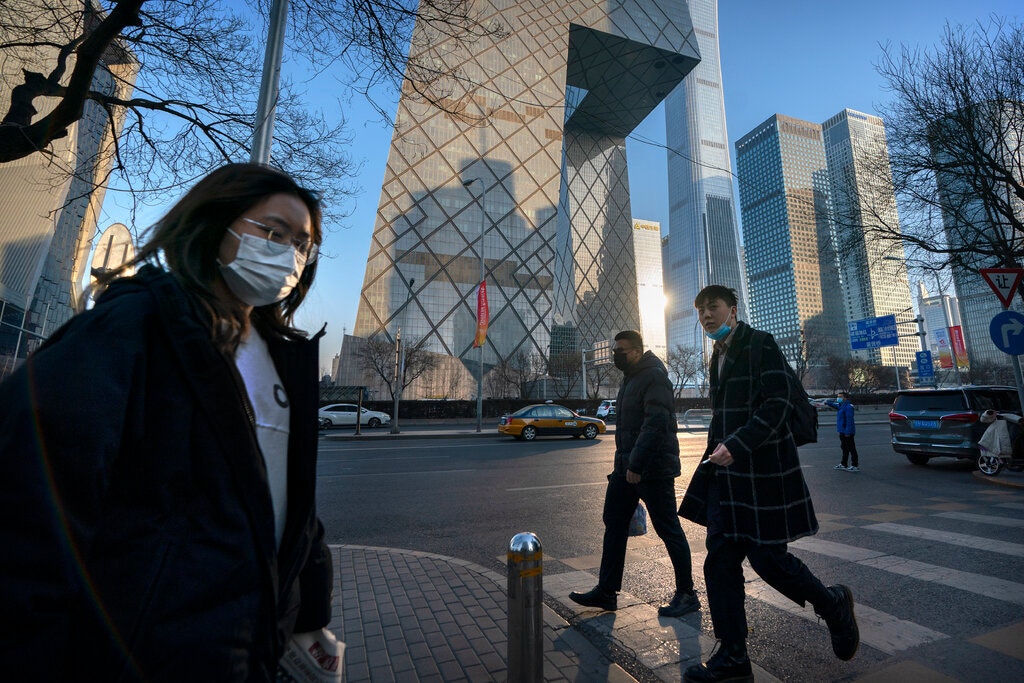 LONDON — Britain’s broadcasting regulator said on Thursday that it had withdrawn the license for China Global Television Network, an international news channel owned by a Chinese state broadcaster, to operate in the country in part because its affiliation with the Chinese Communist Party violates broadcasting laws.

License holders must have editorial oversight over their content and cannot be controlled by political bodies, and the regulator, Ofcom, said the outlet had failed on both counts.

The revocation is likely to heighten tensions between Britain and China, which have already been strained over Britain’s decisions to suspend an extradition treaty with Hong Kong and grant visas to potentially millions of Hong Kongers after Beijing imposed a security law to crack down on dissent in the former British colony.

Ofcom’s ruling followed a monthslong investigation during which the regulator said it had raised concerns that the channel’s license holder, Star China Media Limited, did not have oversight of CGTN’s programming. The regulator said that those that most likely controlled programming, including the state-media network China Central Television, or CCTV, which owns CGTN, would be disqualified from holding a license because of its affiliation with the Chinese Communist Party.

In response, CGTN said it would transfer the license to a corporation under the CGTN name. But an application submitted in September was incomplete, Ofcom said, and a reorganization of the shares and a change in the control of the corporation did not appear to have happened.

Ofcom said it had given CGTN “significant time” to comply with the rules. But because CGTN had not provided enough evidence in its application, it remained “ultimately controlled by the Chinese Communist Party,” Ofcom said. “We now consider it appropriate to withdraw the license for CGTN to broadcast in the U.K.”

“The decision by Ofcom sends a strong signal that U.K. regulations apply equally to all,” said Safeguard Defenders, a human rights group that filed the complaint against CGTN, adding that the network was pivotal to the Communist Party’s “planned expansion of soft power and influence in Europe.”

The news sparked questions of British journalists in mainland China would face retaliation, with some users on Weibo, a Chinese social media platform, calling for the government retaliate by ousting journalists for the BBC.

The Chinese Ministry of Foreign Affairs issued its own complaint against the BBC late Thursday, shortly after the Ofcom decision was released, saying it “reserved the right to take further action” against the British broadcaster.

The ministry said on its website that a report aired by the BBC late last month about China’s handling of the coronavirus pandemic was “fake news” that, among other things, falsely depicted footage of a Chinese antiterrorism exercise as brutal pandemic control measures. The statement said the BBC should “stop maliciously maligning and attacking China, and abide by professional morals.”

It comes as China and the United States are battling over each other’s foreign media presence. The Trump administration had declared Chinese news agencies like CGTN operatives of the Chinese state, limiting the number of employees they could employ. China in turn has expelled American journalists working for several outlets, including The New York Times.

The decision was “historically significant,” and a “justice is finally served,” said Simon Cheng, a former employee of the British Consulate in Hong Kong who said Chinese security officers tortured him in 2019 and forced him to confess to soliciting prostitution.

Mr. Cheng, who was given asylum in Britain last year, filed a complaint with Ofcom after CGTN published the confession on its website. “It is clear that the mouthpiece of CCP totalitarian regime will no longer have a foothold in the UK,” he said in a statement posted on Facebook.

Last year, the British regulator found that the network had breached rules over impartiality, fairness and privacy in its coverage of pro-democracy demonstrations in Hong Kong. It added on Thursday that a decision was expected soon on possible sanctions over that breach and others. The BBC’s website has been blocked in China in some fashion since 2014.

The regulator also feuded with Russian broadcaster RT in 2019, fining it about $273,000 over breaches of impartiality in its coverage.