Latest News
Home Economy The EU says it’s going to get tough on trade — and that could have ramifications for U.S., China 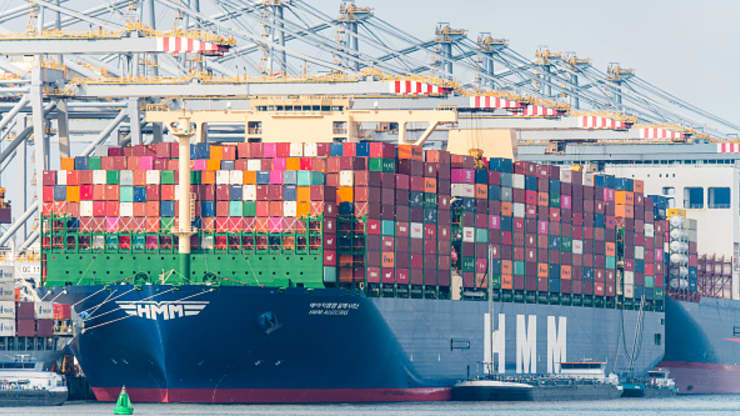 The EU says it’s going to get tough on trade — and that could have ramifications for U.S., China

The European Union will take a new approach to international trade, recognizing that it’s time to stand up for itself after challenging times with countries like the U.S.

The European Commission, which negotiates trade deals on behalf of the 27 member states, proposed on Thursday new tools to become a more “assertive” player in global trade. The region is a top trading partner for 74 nations around the world and two-way trade accounts for about 43% of its total GDP growth, according to data from the commission.

“It should also give us the tools to defend ourselves when we face unfair trade practices. We are pursuing a course that is open, strategic and assertive, emphasizing the EU’s ability to make its own choices and shape the world around it,” he added.

Over the past few years, the EU has struggled to push its multilateral trade agenda. The United States, under the leadership of Donald Trump, imposed tariffs on EU products and threatened to charge additional duties on European carmakers. In 2018, both sides vowed to work on a small trade agreement, but that failed to materialize.

In addition, Trump also challenged international trade rules by blocking the World Trade Organization’s appellate body, and he was not seen as a typical partner for the EU when addressing global trade issues.

However, there have been internal pressures too. The EU reached an agreement in principle with Mercosur states (Argentina, Brazil, Paraguay and Uruguay) in 2019, but the deal has not yet been ratified by European lawmakers who are concerned about deforestation and other practices in Brazil.

Despite these challenges, the European Commission believes it is time to develop commerce around the world even further, so it can better deal with the economic shock from the coronavirus crisis.

But by proclaiming a new more “assertive” position, there could be ramifications for China and the United States.

“The EU would like to indicate that it can respond forcefully to any threats from outside. So, the EU may show and polish its weapons,” he said, adding that ultimately the EU’s goal is that the U.S. gets on board with its ideas.

As part of the new plan, the EU wants to revive the WTO, including restoring its appellate body, so that countries can overcome any outstanding disputes. Other reform ideas for the WTO are: increasing the transparency of members’ trade practices; be a forum to update rules on digital trade; and have “plurilateral” agreements, so it would be easier to negotiate new deals by not having to have every member on board.

“All depends on what direction they take with their assertiveness,” Erik Jones, a professor at Johns Hopkins University, said about how the U.S. might respond to this new approach.

“The Biden Administration is clearly interested in re-forging the transatlantic relationship as an instrument to work more effectively with China. The Biden Administration is also eager to reboot the WTO,” Jones said, while adding that “if the focus for EU assertiveness is on U.S. trade policy or tech industries, though, I am less optimistic that (it) will not generate some kind of gentle pushback.”

The European Commission will also have to consider China’s increasing importance to European trade as it champions its new approach. Data released earlier this week showed that China dethroned the U.S. last year to become Europe’s top trading partner for the first time.

The two reached a new investment agreement in December aimed at making it easier for European firms to operate in China.

The deal, which was completed shortly before Joe Biden’s inauguration in late January, prohibits China from stopping access or introducing new discriminatory practices on manufacturing and some service sectors.

At the time of the announcement, Dombrovskis said: “The current crisis gives us no other option but to work hand in hand with our global partners, including China.”