Latest News
Home Economy Bitcoin is at a tipping point and could become ‘currency of choice’ for global trade, Citi says 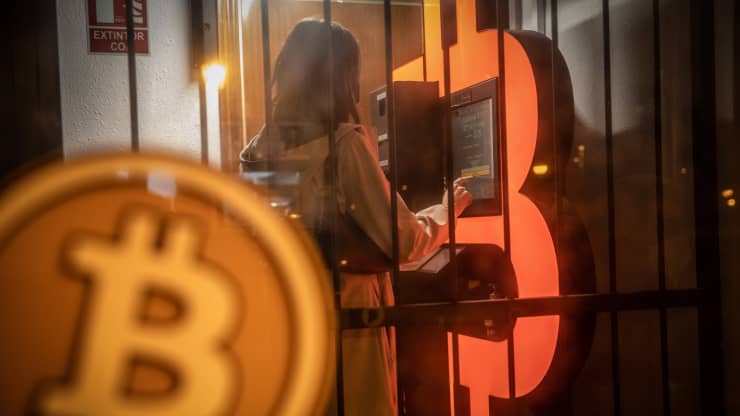 Bitcoin is at a tipping point and could become ‘currency of choice’ for global trade, Citi says

Citi thinks bitcoin is at a “tipping point” and could one day “become the currency of choice for international trade” as companies like Tesla and PayPal warm to it and central banks explore issuing their own digital currencies.

“There are a host of risks and obstacles that stand in the way of Bitcoin progress,” the U.S. bank’s global perspectives and solutions team wrote in a note Monday.

“Bitcoin’s future is thus still uncertain, but developments in the near term are likely to prove decisive as the currency balances at the tipping point of mainstream acceptance or a speculative implosion.”

It marks a change in tone for major financial institutions on bitcoin. Many banks have historically shunned the digital asset, arguing it has no intrinsic value and the hype surrounding it is akin to the tulip mania of the 17th century.

But bitcoin’s wild ascent over the last few months has forced big Wall Street players to reevaluate the cryptocurrency. BNY Mellon, the oldest bank in the U.S., last month said it would offer custody services for bitcoin and other digital currencies. Meanwhile, JPMorgan has said it’s looking seriously as bitcoin.

Bitcoin and other cryptocurrencies are often subject to wild bouts of volatility. Just over a week after hitting an all-time high of more than $58,000, bitcoin’s price has shed more than $10,000. It’s still up more than 60% on the year and 460% in the last 12 months.

Crypto investors say bitcoin’s latest bull run is unlike previous cycles — including in 2017, when it rose to nearly $20,000 before plummeting 80% the following year — as it has been driven by increased participation from institutional investors.

Initially created as a digital payments system for bypassing banks and other financial middlemen, bitcoin has since gained traction among mainstream investors as a kind of “digital gold” that can act as a hedge against rising inflation.

There are several hurdles that bitcoin would have to overcome before seeing mainstream adoption, according to Citi.

“The entrance of institutional investors has sparked confidence in cryptocurrency but there are still persistent issues that could limit widespread adoption,” Citi said.

“For institutional investors, these include concerns over capital efficiency, insurance and custody, security, and ESG considerations from Bitcoin mining,” the bank added. “Security issues with cryptocurrency do occur, but when compared to traditional payments, it performs better.”

Bitcoin mining — the process that releases new coins into circulation — requires a considerable amount of power. So-called miners with purpose-built computers are competing to solve complex math puzzles to verify transactions. According to Digiconomist, bitcoin’s network has a carbon footprint on par with that of New Zealand. This has alarmed environmental activists.

Last month, analysts at JPMorgan called bitcoin an “economic side show” and said crypto assets ranked as the “poorest hedge” against significant drops in stock prices. The rise of digital finance and demand for fintech alternatives is the “real transformation story of the Covid-19 era,” they added.