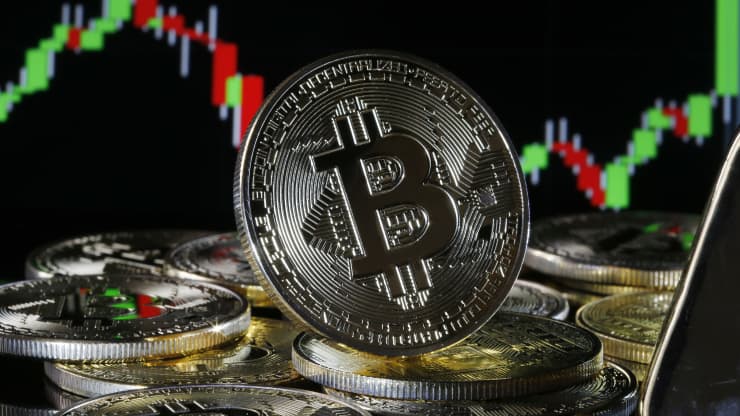 Bitcoin’s value surpassed $1 trillion on Tuesday as the price of the cryptocurrency jumped.

The digital coin’s price rose on Tuesday and its market capitalization went above $1 trillion in mid-morning trade Singapore time, according to CoinDesk.

Bitcoin extended those gains hitting a 24-hour high of $54,348.57 in early afternoon Singapore time, around 7% higher than the same time a day before. Bitcoin has since pared some of those gains.

It is only the second time that bitcoin’s value has surpassed a $1 trillion after hitting that milestone for the first time on Feb. 19. Bitcoin’s market capitalization held above $1 trillion for a few days, before falling below that mark.

Bitcoin’s rally has been attributed to several factors including participation from larger institutional investors and some notable purchases from corporations. Tesla, Square and Microstrategy are among the companies that have purchased bitcoin.

On Sunday, a Chinese appmaker called Meitu said that it had purchased not only bitcoin, but another cryptocurrency called ether too. Ether, a cryptocurrency which runs on the Ethereum network, was trading at $1,836.73 at around 10:41 a.m. Singapore time, up nearly 7% from a day before, according to CoinDesk.

Proponents of bitcoin often liken it to “digital gold,” a hedge against inflation and potential “safe-haven” asset where investors can park their money in times of political or economic turmoil.

Some argue that loose monetary policy such as low interest rates and asset purchases by central banks around the world erodes the value of fiat currencies like the U.S. dollar and bitcoin provides a better alternative to invest in.