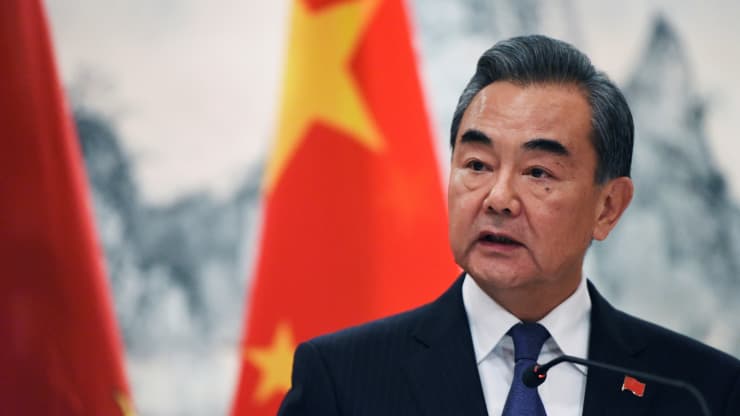 Secretary of State Antony Blinken and National Security Advisor Jake Sullivan will meet in Anchorage, Alaska on March 18 with the People’s Republic of China’s Yang Jiechi, a member of the Communist Party’s top decision-making body, and Wang Yi, the foreign minister.

White House press secretary Jen Psaki said Wednesday that it was important for the administration to have the first meeting on U.S. soil. She added that Blinken and Sullivan are entering the talks clear-eyed and are prepared to discuss a range of issues with the Chinese.

“The meeting will take place following Secretary Blinken’s meetings with two of our closest regional allies in Tokyo and Seoul,” the State Department wrote in a statement Wednesday. Blinken is slated to make his first trip abroad as secretary of State next week.

In February, Blinken and Yang held their first call and discussed a range of issues. The top U.S. diplomat stressed human rights and the ongoing military coup in Myanmar, while Yang called for Washington to respect China’s sovereignty.

Secretary of State Antony Blinken speaks to staff at the US State Department during the first visit of US President Joe Biden in Washington, DC, February 4, 2021.
Saul Loeb | AFP | Getty Images

The tension between Beijing and Washington soared under the Trump administration, which escalated a trade war and worked to ban Chinese technology companies from doing business in the United States.

Over the past four years, the Trump administration blamed China for a wide range of grievances, including intellectual property theft, unfair trade practices and recently, the coronavirus pandemic.

Biden, who spoke to Chinese President Xi Jinping last month, has previously said that his approach to China would be different from his predecessor’s in that he would work more closely with allies in order to mount pushback against Beijing.

“We will confront China’s economic abuses,” Biden explained in a speech at the State Department, describing Beijing as America’s “most serious competitor.”

“But we’re also ready to work with Beijing when it’s in America’s interest to do so. We’ll compete from a position of strength by building back better at home and working with our allies and partners.”

“That’s how we’ll meet the China challenge and ensure the American people win the competition in the future,” Biden said in his first visit as commander in chief to the Pentagon.