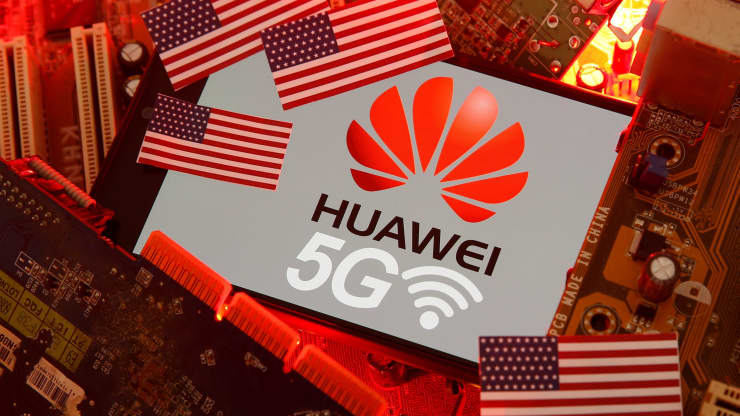 Huawei said Monday that U.S. sanctions on the company are partly to blame for the ongoing global chip shortage that’s the subject of a White House conference on Monday.

Speaking to analysts in Shenzhen at Huawei’s Analyst Summit, Xu said: “The U.S. sanctions is the main reason why we are seeing panic stockpiling of major companies around the world.”

He added: “Some of them never stockpiled anything, but because of the sanctions they are now having three months or six months of stockpiles.”

Huawei itself has built up a stockpile of chips to try to ensure its business — focused on telecoms equipment and consumer electronics — can continue as normal.

Some companies in other industries, such as the automotive sector, have been forced to temporarily shut down operations as a result of the chip shortage. U.S. auto executives and tech leaders were scheduled to meet remotely with President Joe Biden on Monday.

Until recently, the semiconductor supply chain “was running on the assumption that it should be flexible with zero stockpiles,” said Xu, one of three Huawei executives who take turns as chairman.

“That’s why the panic stockpiling in recent days has added to the supply shortage of global semiconductor industry,” he said. “That has disrupted the whole system. Clearly the unwarranted U.S. sanctions against Huawei and other companies are turning into a global and industrywide supply shortage.”

The U.S. imposed sanctions on Huawei after accusing it of building backdoors into its equipment that could be exploited by the Chinese Communist Party for espionage purposes.

In 2019, Huawei was put on a U.S. blacklist called the Entity List. This restricted American companies from exporting certain technologies to Huawei. Google ended up cutting ties with Huawei, meaning the Chinese giant could not use Google’s Android operating system on its smartphones. Last year, the U.S. moved to cut Huawei off from key chip supplies it needs for its smartphones.

Huawei is pursuing new avenues after the sanctions imposed by the Trump administration left its once-leading smartphone business in tatters, while also hindering progress in its semiconductor and 5G businesses.

Xu said he doesn’t expect the Biden administration to change the rules any time soon and the company is investing in new areas like health care, farming, and electric cars to try to mitigate the impact of being blacklisted by the U.S.

“We believe, we’ll continue to live and work under the entity listing for a long period of time,” he said. “The overall strategy as well as the specific initiatives for Huawei are all designed and developed in a way that the company would be able to survive and develop while staying on the entity list for a long time.”

Huawei said Monday it plans to invest $1 billion into self-driving and electric car research and development as it looks to compete with the likes of Tesla, Apple, Nio and Xiaomi.

Xu claimed that Huawei’s self-driving technology already surpasses Tesla’s as it allows cars to cruise for more than 1,000 kilometers (621 miles) without human intervention. Tesla’s vehicles can’t do more than 800 kilometers and drivers are meant to keep their hands on the wheel for safety purposes.

Huawei will initially partner with three automakers on self-driving cars including BAIC Group, Chongqing Changan Automobile Co and Guangzhou Automobile Group. The company’s logo is likely to be put on cars in the same way that Intel’s logo is put on some computers.

“Once self-driving is achieved, we’re able to disrupt all of the related industries, and we think that in the foreseeable future, namely in the next decade, the biggest opportunity and breakthrough will be from the automobile industry,” Xu said.